News
Business
Movies
Sports
Cricket
Get Ahead
Money Tips
Shopping
Sign in  |  Create a Rediffmail account
Rediff.com  » News » 'We need to be creative about federalism'

'We need to be creative about federalism'

It is indeed a matter of great honour and happiness for us that the 4th International Conference on Federalism is being held in India. As one of the newer members of the Forum of Federations, we deem it a privilege to host this Conference. I extend a very warm welcome to the Excellencies, the Heads of States and governments, and all other distinguished delegates to this global assemblage of the practitioners of federalism.

The theme of the conference, 'Unity in Diversity' is apt and in many ways, reflects the essence of the Indian approach to federalism.

India embarked on its journey as an independent Republic based on the idea of unity in diversity. As an ancient civilisation with a heritage spanning all the great religions of the world, spanning innumerable ethnicities, languages and cultures, India had immense diversity.

At the same time, India also had an underlying sense of unity. It may not have been political unity at all times nor was it based on linguistic or religious unity. This was a unity at a subliminal level, a unity based on shared values, on co-existence of diversity and on respect for alternate thoughts and ideas.

The challenge for a young nation was to build on this underlying sense of unity and to design an institutional structure, which would manage the contradictions that would keep emerging from time to time. The unity, forged by the freedom movement for a common purpose, had to provide space for the inherent diversity of this vast land.

The Constitution we created sought to reinforce the unity and integrity of our Republic while providing the necessary space for all the extant diversities. It has tried to allow the diverse components of our federation retain their unique identity while merging them into a larger personality because of the benefits that arise from this.

The peace treaties of Westphalia are said to have established the modern concept of sovereign statehood. Since then, nations have evolved along multiple paths while developing their organisational structures and institutions.

We have had nation-states that are based on single languages, single ethnicities, single religious affiliations and single socio-cultural identities. There have been other states that have been more diverse on one or more -- and sometimes, even all -- of these dimensions. The challenge for many nation-states has been -- and it is particularly true of the larger ones -- to manage the multiplicity of identities of individuals with the requirements of a unified nation. Managing this duality has been one of the drivers of political evolution in the last century.

Federalism has been a governance issue across nations of all types, particularly in the context of the need to have governance as close to people as possible and to enforce accountability. But, it is in the plural group of nations, with their inherent diversity, that federalism as a concept has had to show ingenuity and innovation in managing contradictions.

In fact, large plural democracies have been successful only by having federalism sculpted into their institutional architecture. Today, we see multiple models of federal architectures across the world, each trying in its own way, to allow for diversity to coexist in a unified framework; for individual sub-national identities to work in harmony with a larger national identity. In many ways, one can say that the concept of federation has enabled large nation-states to survive in today's world.

In the modern world, systems of governance acquire legitimacy and popular acceptance because they fulfil the felt needs and aspirations of the people. Federalism too has come to stay because it serves a purpose. It has successfully mediated between the opposing pulls and pressures of individual identities and the needs of a national identity.

However, federalism as a concept cannot be static. The incredibly wide variations we see in federal architectures across the world demonstrate that there is no unique solution to the problem of striking a balance between national and sub-national needs. Further, the boundaries between different layers of identities will keep shifting owing to a wide variety of pulls and pressures.

Economic development has been one of the biggest unifying drivers of the past few decades. The need for economies of scale and scope have necessitated the creation of large unified markets such as the European Union.

The forces driving economic unification have driven unification on other planes as well. This is in some ways inevitable as unification of economic activity impinges on almost all other spheres of human activity and hence, the need for gradual harmonisation, if not unification.

In fact, when I see the world getting increasingly globalised, I wonder whether the day is not far away when the concept absolute sovereignty may itself come into question. As rule-based international regimes permeate various forms of human endeavour, we may see states giving up sovereign rights for the larger benefit of mankind. This is in many ways, necessary when managing issues such as climate change.

On the other hand, the logic of political evolution and the quest for transparency and accountability have encouraged some nations to empower lower levels of government. We have seen cases where nation-states have been unsuccessful in managing the aspirations of sub-national aspirations with unhappy consequences for the nation.

Technological developments too have their bearing on the evolution of federalism. Recent developments in IT have enabled ever-smaller communities to maintain their distinct identities and communicate with each other. They have enabled more vigorous participation in governance, bringing greater accountability to governments. They have also enabled smaller governance structures to exist at reasonable costs.

The challenge of our founding fathers was to design a federal architecture which was flexible enough to manage contradictions, which could build on the common strengths and which would evolve with the times. We have a structure in which some issues are best dealt with at the larger "national" level and such issues become the responsibility of the Central or Federal government.

Defence, foreign policy and macro-economic management are clearly dealt best at the national level. Other policy areas, like health care, education and law and order, are best dealt with at more decentralised levels of governance.

However, from time to time, questions do arise about the boundaries between national or sub-national levels. Dynamic polities must be prepared to constantly examine the status quo and adjust to evolving realities. India has been able to do this through Constitutional amendments. The ease and flexibility in our amendment process has enabled changes to be more easily accommodated. These changes reflect the evolution of our polity.

We have had to address the issue of fiscal federalism as well and our experience has been constructive. The responsibilities for public expenditure and their financing by taxation and other instruments are shared between the Centre and states.

These are built in devices by way of devolution of Central taxes and grants-in-aid in favour of states to bring about a measure of harmonisation and equalization in patterns of spending in the states.

Finance commissions, wisely envisaged in the Constitution and appointed every five years, have played a constructive role in harmonising the revenue structures of the Centre and the states and in resolving disputes with respect to distribution of revenues between them. They have strengthened the foundations of fiscal federalism in India.

We continue to have some difficulty in eliminating fiscal barriers to inter-State movement of goods and in the utilisation of natural resources. This is a challenge.

A major challenge for large federations is that of inter-regional disparities. Reducing such disparities is essential for the success of a federation. This has been an important challenge in India. Both the Planning Commission and the Finance Commission, through a system of transfer of resources from the Centre to the states, have played a constructive role in reducing inter-regional disparities and promoting balanced, social and economic development across the country.

Even then, inter-regional disparities in the level of development persist and constitute a major challenge for our federal polity.

Large countries of continental dimensions must also have policies for the equitable and efficient management of natural resources. What would be a subject for international or bilateral negotiation, in the case of smaller nations, becomes an inter-state and a Centre-state issue in large federal systems. This is more so with respect to natural resources like water, minerals and energy.

River water sharing has posed a challenge to the management of federalism. It is perhaps no exaggeration to say that we have found it easier to manage bilateral agreements with neighbours on river water sharing than domestic disputes between states.

An extremely important function in a federation is the mediation of disputes between different levels and identities. In some cases, this becomes a case of using agreed principles for determining solutions. The judicial processes can be used for this purpose.

In other cases, when there are no agreed principles, or when these are insufficient for the task at hand, we need other processes of dispute resolution. There may be questions of equity, efficiency and identity that are involved. Finally, this may be a political process as the issue of identities is not just a matter of law. We need, at times, creative thinking and redesign of institutions to allow the federal concept to adjust to emerging realities.

Before I conclude, I would like to turn to raise some questions for this conference to reflect on. In a modern state, does a single party state have any advantages in managing centre-state relations smoothly as opposed to a multi-party system?

Or is a multi-party model, with national parties dominating the political scene, superior where one can hope that all of them will take a national view on policy issues and help to reinforce the unity of the federation. In theory, management of Centre-states relations should be smooth in this sort of model. However, the Indian experience suggests that even in this sort of world the management of Centre-state relations can give rise to serious tensions.

Then there is the case of a multi-party model where parties with varying national reach and many with a very limited sub-national reach, form a coalition at the national level. Is such a model capable of providing the unity of purpose that nation-states have to often demonstrate?

Or is it an essential outcome of federalism which successfully projects local aspirations at a national level? This political dimension of the Centre-states relations is yet another challenge facing a federal polity like ours.

Sometimes the resolution of problems acquires an excessively political hue, and narrow political considerations, based on regional or sectional loyalties and ideologies, can distort the national vision and sense of collective purpose. We may have a lot to learn from the experience of other countries in this regard.

I am sure such issues are not unique to India. In a world of multi-ethnic, multi-cultural plural societies, federal political systems face new political challenges. Tensions between centralisation in certain spheres of governance and decentralisation in others is the essence of federalism. Managing this is the challenge for federalism.

I hope your conference will deliberate on such issues. We can learn a great deal from the experience of other countries as we seek to take our country forward. Thus great importance is attached to your deliberations.

I wish you success in your endeavours. Thank you.

Prime Minister Manmohan Singh spoke at the inauguration of the International Conference on Federalism in New Delhi on November 5, 2007. 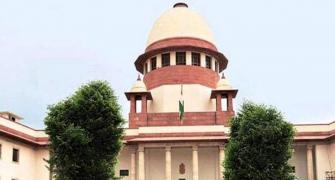 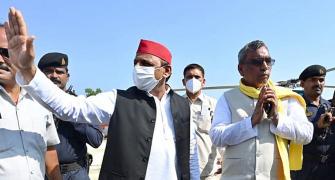 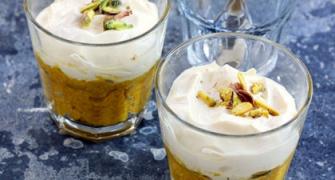 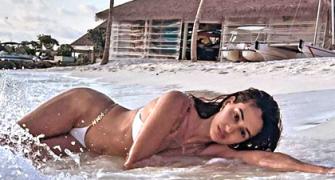