'The link between global warming and weird, extreme weather events is being better understood every year.'
'India is particularly at risk from such events.'
'Indian communities and urban centres don't have the resilience needed to survive such disasters,' says Mihir S Sharma. IMAGE: People remove the logs of uprooted trees after strong winds and a dust storm in Alwar, Rajasthan. Photograph: Reuters

2017 was the second warmest year on record.

I have always thought it a pity that this news about the previous year's record-setting warming came in while most of the northern hemisphere was suffering through frigid Januaries; it didn't receive the attention that it deserves.

But this is just another reminder of the way in which climate change is real, and already affecting our lives.

It is happening fast enough that we will see real changes over our lifetimes -- real, problematic changes.

But it is too slow for it to be seen as a genuinely urgent problem, whatever the lip service paid to it by political leaders across the world.

It might be useful, therefore, to consider for a moment the likely consequences for India, in the medium term, of uncontrolled global warming -- what climate scientists call the 'business as usual' scenario.

First, much of north India might well become unliveable.

Our cities already hit absurd temperatures for periods in the summer -- close to 50 degrees centigrade in some places. But now this densely populated part of the world will see greater and greater levels of heat stress.

Global average increases in temperature of two to three degrees may not seem completely unmanageable at first, but it means that the extremes of temperature will get that much worse.

Those parts of India already suffering from ultra-high temperatures will see these periods get longer and more intense.

Are we ready for a Delhi that stews at above 45 degrees for weeks at a time?

Most of all, will it not drastically reduce quality of life?

Second, the delta regions of the subcontinent are tremendously at risk from rising sea levels.

Parts of Bengal are already enduring high levels of salinity in the soil that makes agriculture difficult, which means that subsistence farmers are struggling.

Our neighbour, Bangladesh, has vast tracts of heavily populated land that are just metres above sea level.

When the seas rise, where will these hundreds of millions of Bangladeshis go? Already Assam politics has been twisted and warped by the issue of Bangladeshi migrants.

Are we ready for vast waves of desperate people fleeing the rising sea? Not to mention the fact that many of our coastal cities will need massive technological interventions just to survive.

Kolkata, for example, is built on a narrow strip between wetlands and river. What happens when the water level rises? How much will it cost to protect Kolkata, or will we just abandon it?

Third, ours is a country that survives on regular weather patterns such as the monsoon. It is already becoming obvious that the monsoon is arriving later and is patchier than it used to be.

Too often it arrives, technically on time, meaning that farmers have sown their crops; but then it hangs about and does nothing for weeks at a time as the crops wilt on the stalk.

In other words, we may be on the threshold of a time when all that we know about farming in India will have to change; when the wisdom of generations as to when to plant, when to harvest, and how to farm will no longer be useful. What will this do to livelihoods in rural India?

Fourth, longer warm spells and less cool winters will have their own effect on diseases.

Already we have seen strange new diseases descend on us, such as chikungunya.

What next? Will the longer warm spells mean that disease pathogens have longer to infect us every year?

Will disease mutation become more rapid? We don't know, but it is a real danger.

Fifth, the link between global warming and weird, extreme weather events like mega-cyclones is being better understood every year.

India is particularly at risk from such events; Indian communities and urban centres do not usually have the resilience needed to survive an increase prevalence of such disasters.

How much will it cost, in cash and state capacity, to disaster-proof our country?

Is that even possible -- after all, even the United States has failed several times to respond adequately to such natural disasters.

There are multiple other such threats from warming -- threats that are accelerating in frequency and becoming more intense.

Our response, and the global response, is simply not ambitious enough. And I am not just talking about Donald Trump here.

Countries like Germany, which should know better, have chosen to replace nuclear power with thermal power, which increases their emissions of the carbon that causes global warming.

The People's Republic of China has loudly declared its commitment to climate change, and gained worldwide applause for planning shut-downs of its coal-fired energy plants.

But it is stepping up its financing of such plants outside, including in Pakistan -- just as other sources of funding for thermal power were drying up.

We know that combating global warming is expensive. But it is worth reminding ourselves regularly of the vast stakes, and the huge costs that India in particular will have to pay if the effort to counter climate change fails. 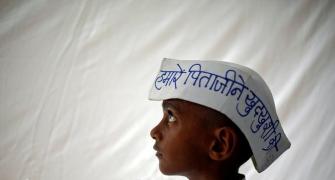 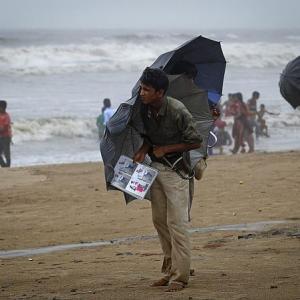