After people die consuming spurious liquor in Gujarat, the media, liquor barons and the chattering classes zero in on prohibition in that state -- the only such state in the country whose official policy is not to let, at least on paper, to let people consume alcohol -- and go to town demanding its abolition. This rant subsides soon after another headline catches the people's fancy.

This has happened time and again, as it happened after some 150 people lost their lives consuming spurious liquor earlier this month in Ahmedabad. Liquor baron Vijay Mallya too joined in this chorus for lifting prohibition.

Such is the routine in a state that professes prohibition but does not enforce it well.

Gujarat, since its inception, has had prohibition on its statute. Despite that, periodic deaths due to consumption of spurious liquor have been equally a fact and commissions of inquiry have probed the causes. At least two commissions, one headed by Justice M N Miabhoy and another later by Justice A A Dave had said that prohibition has not worked well. Dave had asked that state manufacture cheaper liquor to replace the illicit deadly concoctions.

That state has three broad categories of people in the context of prohibition. One section wants prohibition lifted because liquor is available from the bootlegger though it is difficult to determine how much is sold and consumed. A part of this group would like it because they would not have to pretend to need it for medicinal purposes.

Another would rather have prohibition because it is not only the law but also an embedded part of Gandhian life. This is not a fetish; it is a principle of the Gandhians. And there is the third which believes that prohibition as policy on paper is good enough regardless of poor quality of its enforcement. Jaspal Singh, former police chief of Vadodara, can tell you tell you of a chief minister who drank in his presence. He lost his job because he tried to unveil the masks.

When on occasion I would secure a temporary permit as a visitor from Mumbai and bought beer, politicians who officially condemned breach of prohibition visited me in my hotel room to sip that stuff. Because, it was difficult for the bootlegger to smuggle beer given the volumes required and the size of the bottles in the contraband, it was hard to come by. The profits on smaller bottles of cheap whiskey and rum were better; a case carried much more of them than would beer bottles. And being politicians, they would rather not have permits made out in their names!

Actually, there are just two options left. One -- relax prohibition and fall in line with other states and those who abhor the very thought of a tipple may continue to abjure it. Two -- energetically enforce prohibition to meet the set policy's requirement: keep Gujarat dry. The problem is that the Gujarat government has allowed its policy implementation to fall between two stools. The administrative capability just does not match the intent of enforcing prohibition.

Here is an example of the carelessness with regard to prohibition: During the second half of the 80s, after a hooch tragedy in Vadodara (then Baroda), I flew to Ahmedabad to cover that for my newspaper, The Hindu. I wanted to meet the minister in charge of prohibition which includes de-addiction. Ministers and officials did not know the name of the person because, apparently, it hardly mattered. It took me a day to locate the man who had nothing to say except platitudes.

Prohibition has not allowed liquor -- that is, Indian Made Foreign Liquor -- to be manufactured in Gujarat but it has not deterred those who want to drink. Those who cannot afford the smuggled liquor fall back on the illicit local brew which can be an invitation to death.

What I had seen and what I hear continues to happen indicates that liquor is available relatively freely. One could drive to an outlet which had other businesses as a front, fling the scooter keys on the table and mention the vehicle's number. Ten minutes later the keys would be return, price for the bootlegged booze taken. It was that simple to find liquor.

In fact, a correspondent of The Statesman who flew down to Ahmedabad to cover the 1985 anti-reservation agitation and the communal riots, unaware that in better hotels one could fill a form at a counter run by the Excise Department and buy liquor. You needed to show your air ticket as proof of being a visitor. He approached, of all people, a constable on anti-riot duty for a bottle. He was escorted to a chowky in a curfew-imposed part of the wall city. He bought his liquor there.

The underworld that smuggles liquor into Gujarat and distributes it has generated a linguistic that is peculiar to that nefarious trade where a lot of money is to be made. Potli is a parcel of liquor, in either a polythene pouch or a bottle. The guy who moves around delivering them in response to a telephone call is a folder. It may come from a local brewer's bhatti -- an indegenous distillation unit or from the warehouse of a smuggler who gets the stuff from Rajasthan, Maharashtra or Daman. These are words used by non-drinkers as well when talking of booze. It shows how widespread is the knowledge that the underworld is large and provides enough for those who seek it.

However, it appeared to me that even Gandhians realise that imposing prohibition was not going to be easy. It would call for persistent social action and persuasion before a man gave up his bottle. That is why, Prabhudas Patwari, on his return from Chennai (then Madras) after a gubernatorial stint, had told me: "Only gratifying thing in Gujarat is that even an alcoholic is sensitive to social pressures. Even if the brew is available, he drinks behind closed doors and does not totter on the streets." He tried to draw his consolation from the broad view that prevailed that liquor was bad.

However, much would need to be done before either of the two objectives are met: full prohibition or total relaxation. But no government run by any political party of any disposition has the guts to relax it. Neither, unfortunately, does it have the courage and ability to enforce it well. The latter enables corruption, nexus between the enforcers and the bootleggers. Surely, several hundred crore rupees would be involved as grease and protection money. Or else, the deaths this month would not have happened.

Perhaps Narendra Modi is the only chief minister of Gujarat who had the courage to tweak the prohibition policy by allowing easier access to it in SEZs, visitors and business conventions so that the state could be friendlier to investment in other sectors, not alcohol. That triggered such outrage that even Modi was reportedly fazed. When 25,000 people, including a large section of women march from Gandhi Ashram to Gujarat Vidyapeeth to protest at any relaxation, he had to take note.

The issue of prohibition would persist till the state decides one way or the other. Give up the conspiracy of silence till deaths occur and enforce prohibition strictly or make Vijay Mallya happy. It cannot be platitudinous about prohibition and keep harping that for the land of Mahatma Gandhi, prohibition is an article of faith but turn a blind eye to the liquor mafia and the ill-begotten gains made by the instrumentalities of the state. It cannot be both a dry and a wet state simultaneously. It has to be one or the other.

But do the thought leaders and policy makers (and presumed enforcers) have the courage to decide which way to go? I do not think they have. But the farce should end one day.

Mahesh Vijapurkar is a Thane-based commentator and former deputy editor, The Hindu 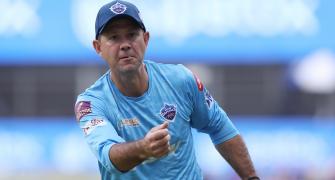