News
Business
Movies
Sports
Cricket
Get Ahead
Money Tips
Shopping
Sign in  |  Create a Rediffmail account
Rediff.com  » News » Drought looms in Maharashtra; What the hell were the politicians doing?

Drought looms in Maharashtra; What the hell were the politicians doing? 'The government had six months to prepare for the contingency. When the government is forewarned, it needs to take a decision on contingency measures, evict villagers, provide them with alternate temporary shelter, accommodation, provide food, water, cattle stocks. But none of this is ever done,' says N Suresh.

With the monsoon delayed in Maharashtra, we are in for a drought-like situation.

The drought is a natural phenomenon, agreed, but I believe it is man-made, created by Maharashtra's power-hungry, selfish, politicians.

The meteorological department, a government organisation, provides constant inputs to the state government, but the administration does not take these alerts seriously.

In October 2013, we were first informed that there may not be sufficient rainfall this year. Come January, we were asked to be prepared for a 'less than normal and delayed monsoon'.

The government had six months to prepare for the contingency.

When the government is forewarned, it needs to take a decision on contingency measures, evict villagers, provide them with alternate temporary shelter, accommodation, provide food, water, cattle stocks. But none of this is ever done.

The Brihanmumbai Municipal Corporation, that usually undertakes water cuts to avoid a severe situation in the summer, was lackadaisical this year. Now the situation has gone out of hand. Out of the five lakes that supply water to Mumbai, water cannot be drawn from two of them.

There is only 27 percent water in the Bhatsa lake; 22 percent in Vaitarna; and 44 percent in Modak Sagar.

According to government data, the Koyna dam in Satara, a major drinking water source and main contributor to electricity generation in the state, has reached its lowest level: it only has 8 percent water.

This is not all. Maharashtra has 84 large dams, 221 medium sized dams, 2,120 small dams. In these 2,441 dams, shockingly, there is only 18 percent water storage at this moment, and it is decreasing each day it doesn't rain.

There hasn't been a single year when Maharashtra has received rain across all its regions. The direct impact is on agriculture. The government should have taken immediate steps to provide awareness and resources to poor villagers if they want to avert more farmer suicides.

As recently as March, 38 farmer suicides were reported.

There is need to construct check-dams, improve food security, ensure cattle fodder is given to farmers and ensure that they get safe drinking water.

The government needs to act. It is time for innovations in farming so that the farmer isn't reduced to landless daily-wage earning labour.

Innovations need to be farmer-driven and not as it happens, government-driven through middlemen who bully farmers.

Politicians would prefer using their clout to further their interests than bother about the welfare of the state. With no water to drink, they will buy expensive water for themselves and force the water from the tanker mafia on citizens. The poor are scared of being at the mercy of the tanker mafia.

How the tanker mafia gets water in such dry times is a question we should be asking the politicians. Till then, they will push a yagna organised by a Member of Parliament to brainwash the naive public and shirk from responsibility. 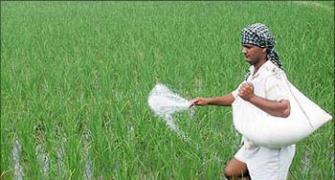 The real story about the drought 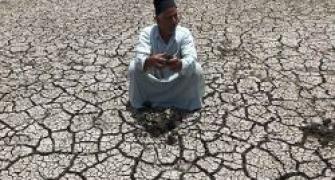 Skymet lowers monsoon forecast; odds of a drought at 60% 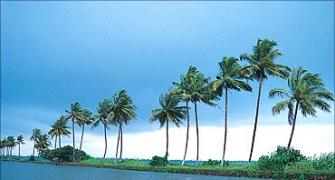 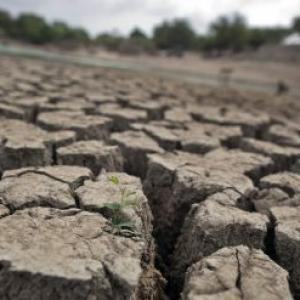