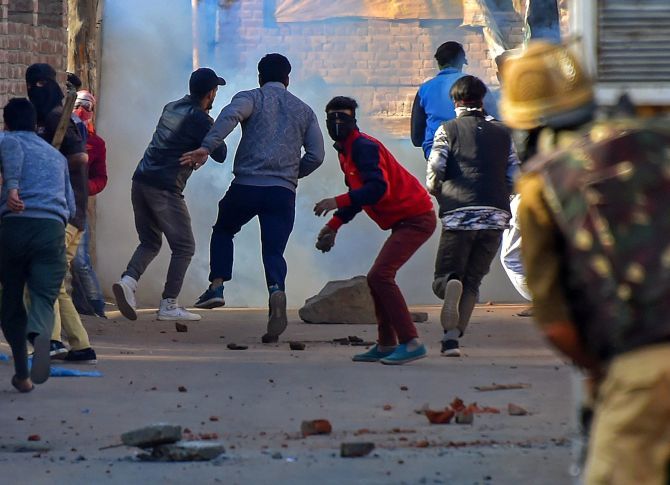 Perhaps because we are inured to bad news from Kashmir, many people don't realise how sharply the situation has deteriorated since 2014.

Yet the facts have been reported by a variety of papers on a pretty regular basis.

It's just that we've either ignored them or haven't properly understood them.

So let's start with the facts.

The ones I'm about to refer to have been collated from a wide selection of newspapers as well as from well-informed research Web sites like the South Asia Terrorism Portal.

On occasion, I will even quote the state government and the police.

Although during this period the number of terrorists killed has more than doubled so too has the combined civilian and security personnel death count.

Meanwhile, any claim that demonetisation has reduced the incidence of terror has proven false.

The emerging picture is simple, but stark.

We may be killing more terrorists but we are doing so at double the cost whilst the number of terrorist incidents keeps significantly increasing.

This, no doubt, is why the sharp decline in stone pelting incidents has made little impact.

Some reports suggest that the Jaish-e-Mohammed is the biggest gainer.

More than 70 Jaish terrorists are said to be active in Kashmir.

Meanwhile, the overall number of active insurgents seems to have shot up from 80 in 2014, to over 250, which is a three-fold increase.

The situation on the border shows the same marked deterioration.

Simultaneously, infiltration from across the border is also rising markedly.

I am not sure what set of adjectives best describe the statistics I have related, but speaking for myself I find them shocking.

I was aware the situation in Kashmir was distressing and deteriorating, but I had not appreciated the cumulative nature of the problem or the scale of the deterioration.

It has left me shaken.

Clearly, the government's strategy for handling Kashmir is not working.

The so-called tough response to insurgency and terror alongside the refusal to talk to the Hurriyat has only increased the number of terrorist incidents, the death count and the recruitment of local boys to terrorist groups.

The last is particularly perturbing.

It suggests the alienation of our own citizens is now fuelling the violence.

Meanwhile, on the international border and Line of Control, ceasefire violations are increasing as is infiltration and the cost is being paid by innocent villagers whose homes and lives have been devastated.

How long can this continue?

How long can the government believe more of the same can yield a different result?

And, finally, does the refusal to change course suggest that because the price is paid by Kashmiris the rest of us don't really care?

I admire strong leadership and determined government, but this appears to be a case of obstinacy if not also indifference.

It seems the Modi government isn't all that worried about what happens in Kashmir.

And though Mehbooba Mufti has publicly and repeatedly voiced her fears, her pleas have gone unheeded if not unheard.

The Kashmiris may be crying, but I fear their tears are falling in vain. 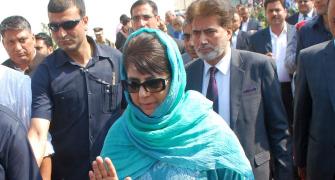