The Congress First Family seems more comfortable with somebody like Vijay Bahuguna -- a scion of a political dynasty -- than with a man like Harish Rawat who carved his own path, feels T V R Shenoy.

That attitude, he recalls, drove out Mamata Banerjee in West Bengal and Sharad Pawar in Maharashtra.

'Is it a rebellion?' Louis XVI of France exclaimed upon hearing of the storming of the Bastille in 1789.

'No, Sire,' was the grim response of the man who had given him the news, 'It is a revolution.'

It seems the Big Three of Indian politics -- the Congress, the Bharatiya Janata Party, the Communist Party of India-Marxist -- have still not grasped the enormity of the change in Indian politics, nor the speed at which that evolution is taking place.

These parties still seem wedded to a 'top down' style of management, where the generals in Delhi try to dictate to the troops on the ground. The soldiers obey only as long their commanders' strategies result in victory; repeated defeats spark mutiny.

That is essentially what has happened in Uttarakhand.

Instability was guaranteed when the Congress won 32 seats to 31 for the BJP, all in a 70-strong Vidhan Sabha. To borrow a metaphor from the corporate world, this put the controlling interest in the hands of minority shareholders (the Bahujan Samaj Party and Independent MLAs).

But who expected matters to unravel quite so soon, and to be precipitated by Congressmen themselves?

I have no idea how long the Vijay Bahuguna ministry shall last, and to be frank that is a side issue. The point is that Harish Rawat -- can we call him the regimental commander? -- hasn't been in the least intimidated by the General Staff of 10 Janpath.

When was the last time that a Congressman defied his 'High Command' in so spectacular a manner?

Was it Mamata Banerjee being moved to exclaim, 'That old bandicoot isn't my father' after poor Sitaram Kesri described her as his 'daughter'? Or was it Sharad Pawar questioning someone of 'foreign origin' taking over the Congress?

In one detail, however, Harish Rawat's defiance is even more brazen because the two luminaries named above left the Congress when it was in the Opposition; Harish Rawat did not think twice before flinging his resignation letter from the Union council of ministers in 10 Janpath's face when there is a Congressman in Delhi's Race Course Road, a Congress-appointee in Dehradun's Raj Bhavan, and the Congress is technically the single largest party in the Uttarakhand Vidhan Sabha.

One of the early highlights of Rahul Gandhi's year-long campaign in Uttar Pradesh, you may remember, was his sneaking into Bhatta-Parsaul in May 2011 to protest against reports of firing on farmers. Allegations of rape and even murder emerged in the headlines soon after, but no hard evidence appeared and the villagers themselves denied these reports.

The Congress 'Yuvraj' then truculently asked why the Mayawati government had imposed Section 144 if it had nothing to hide. The BSP leader countered by wondering why the Congress had done so in Delhi during Anna Hazare's fast.

Look at the results of the Vidhan Sabha seat of Jewar, which includes Bhatta-Parsaul. Vedram Bhati of the Bahujan Samaj Party beat the Congress's Dhirendra Singh by 9,500 votes.

In the village of Bhatta itself -- the epicentre of those supposed atrocities -- Rahul Gandhi's party received just 176 of the 446 votes that were cast.

Two facts emerge from this farce. First, Rahul Gandhi does not seem to have a clue as to the ground realities. He might have at least double-checked before talking of rape and murder. Second, while he may grab headlines Rahul Gandhi catches no votes.

That is why the more perceptive Congressmen now believe that they have nothing to gain by bowing to the Nehru-Gandhis, nor anything to fear by defying them. It is this factor -- the indifference of the voter to the Congress's First Family -- that emboldened Harish Rawat.

Harish Rawat kept quiet in 2002 when the 'High Command' chose to make N D Tiwari the chief minister after the Congress won power in Uttarakhand. Ten years later he is no longer afraid to speak out; nor are the MLAs around him.

Why did the Nehru-Gandhis choose to impose Vijay Bahuguna on Uttarakhand? If Harish Rawat is a Lok Sabha MP, so is Bahuguna. Bahuguna has been a judge, but never a minister; Rawat has held various ministerial offices.

Reading his curriculum vitae suggests that Bahuguna was parachuted into the higher ranks of the Congress; Rawat worked his way up, starting as a block pramukh.

And if Harish Rawat's MP status was indeed the stumbling block, why not Rudraprayag MLA Harak Singh Rawat?

The Nehru-Gandhi clan and its coterie in Delhi just seem more comfortable with somebody like Bahuguna -- himself a scion of a political dynasty -- than with a man who carved his own path.

That attitude drove out Mamata Banerjee in West Bengal and Sharad Pawar in Maharashtra. Neither of them regrets breaking with the parent party, and Harish Rawat could, if he has the guts, choose to follow that path.

The Congress has been the focus of this article because Uttarakhand is making the news just now, but the BJP and the CPI-M are little different.

Think back to how the respective 'High Commands' treated General B C Khanduri in Uttarakhand and V S Achuthanandan in Kerala.

Come to that, will the BJP leadership in Delhi try to force its MLAs in Dehradun to back Harish Rawat, ideology and local party sentiments be damned?

The Constitution mandates democracy and federalism in the governance of the nation. Isn't it time that the Congress, the BJP, and the CPI-M inject a bit of both into their own parties?

You can read more columns by Mr Shenoy here 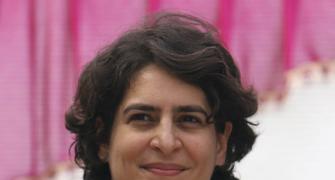 Campaigning with Priyanka: Problems in the family borough
Priority is to ensure complete rollback of fare hike: TMC
I am not the cause of trouble in Uttarakhand: Harish Rawat 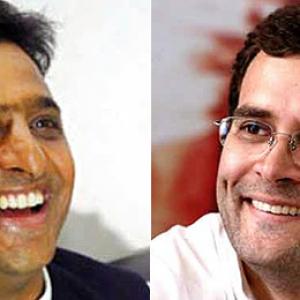