Commissions of inquiry are potentially powerful instruments to fix responsibility on public functionaries, but everything possible has been done to blunt this instrument, says Dr Madhav Godbole, retired Union home secretary.

Democracy and vibrant public life need the support of a number of institutions such as Parliament, the media, the judiciary and other specially authorised Constitutional and statutory bodies.

One of them is the mechanism of the commission of inquiry appointed to look into definite matters of public importance. But it becomes frustrating if these institutions start functioning at cross-purposes, as has often been the case with the commissions of inquiry and the judiciary.

The latest example of this is of the judicial commission of inquiry into the land deals of Robert Vadra, Congress leader Sonia Gandhi's son-in-law.

The report submitted by Justice S N Dhingra to the Haryana government in August 2016 has been languishing since then as the state government had given an undertaking in the high court that the report of the commission would not be published till the petition challenging the appointment of the commission filed by former state chief minister Bhupendra Singh Hooda is decided by the court.

Reportedly, there have been 26 hearings in the high court so far. In March 2018, the Supreme Court had urged the high court to decide the matter within two months. We are now in September 2018 and the case is still pending. (The Indian Express, September 5, 2018)

Several questions arise from the plain reading of the news report. Knowing how matters can be dragged in the courts, should the state government have given an undertaking that the report of the commission will not be released till the matter is decided by the court?

Why did the state government not request the court to permit it to release the report pending the court's decision in the matter?

Why could the high court itself not have taken up suo motu the question of releasing the report, pending the decision in the case, since the Commission of Inquiry Act itself lays down that the report of the commission is to be made public within six months of its submission.

This is not the first time that judicial proceedings have led to frustrating the very purpose of setting up of a commission of inquiry. I had dealt with these issues at length in my book, The Judiciary and Governance in India (2008).

At the outset, the distinctive features of an inquiry by a commission must be noted. In such an inquiry, there is no plaintiff or prosecutor and there is no defendant or accused.

The commission is not expected to act as a judge, but has to make every effort to arrive at the truth. Strict rules of evidence do not apply and the commission does not pass any order which is binding on the government.

The main idea is to bring all facts to the notice of the people at large in open hearings, unless the matter pertains to State secrets or are such that the commission feels that they may not be made public till they are fully inquired into, as was the case in the inquiry regarding the assassination of Indira Gandhi.

Looking at the above, it is difficult to understand why anyone should object to an inquiry by a commission. And even if such an objection is raised, the courts must lay down the strictest possible requirements before entertaining such pleas.

She not only refused to take an oath and depose before the commission, but went to the extent of casting aspersions on Justice Shah, a former Chief Justice of India.

When she was proceeded against in a criminal prosecution, as Arun Shourie had written in his book, Institutions in the Janata Phase (1980), the Delhi high court, going out of its way, knocked the bottom out of the Commissions of Inquiry Act and effectively provided a blanket cover for malfeasance and abuse of power.

The issues, which were considered to be of public importance according to the state government's own notification, ceased to be so due to the injudicious intervention of the apex court.

Another striking case is that of the Liberhan Commission of inquiry in respect of the Babri Masjid demolition. The Government of India appointed the commission within two weeks of the demolition of the masjid in December 1992.

It took 17 years for the commission to submit its report. This was the longest time ever taken by a commission of inquiry so far. But, a substantial part of the delays was accounted for by the stays granted by the Allahabad and Delhi high courts from time to time, when approached by concerned parties.

I have been advocating over the years that the Supreme Court must lay down a guideline that any stay granted to the proceedings of a commission of inquiry should not be operative for more than three months and should automatically lapse at the end of such a period.

Unfortunately, the apex court has not taken cognisance of this major hurdle in the working of the commissions of inquiry.

Successive commissions of inquiry have highlighted yet another handicap which they had encountered and this was of the lack of contempt of court powers.

As a result, the commissions had become weak and ineffective. Almost all such commissions are judicial commissions appointed under retired high court and Supreme Court judges.

It was therefore disappointing to see that the national commission to review the working of the Constitution took a very restrictive view and recommended that no other court, tribunal or authority should have, or be conferred with, the power to punish for contempt of itself.

I am of the view that it will be in the larger public interest if powers under the contempt of courts act are given to the commissions of inquiry.

It is unfortunate that most of the institutions of oversight of India's robust democracy have fallen in disuse. The most prominent among these are Parliament and state legislatures. A number of statutory bodies such as Lokayuktas have become paper tigers.

Commissions of inquiry are potentially powerful instruments to fix responsibility on public functionaries but everything possible has been done to blunt this instrument as well.

Successive governments at the Centre have failed to take any remedial action. Though over four years have elapsed since assuming power, the Modi government's slogan of 'less government and more governance' has remained on paper as the Commission of Inquiry Act has not been amended in the light of experience so far.

Unlike in most other democracies, the judiciary in India holds the reins of governance in the country. Let us hope that judiciary will not continue to contribute to undercutting the potency of commissions of inquiry. 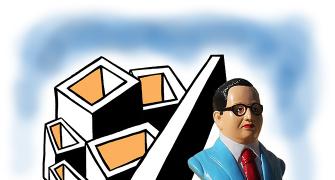 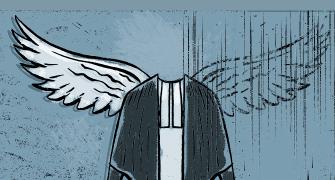