News
Business
Movies
Sports
Cricket
Get Ahead
Money Tips
Shopping
Sign in  |  Create a Rediffmail account
Rediff.com  » News » Why the scaremongering over the army is worrisome

Why the scaremongering over the army is worrisome

The real worry is the apparent panic the Army movement generated in the government circles. This shows a total breakdown of communications and atmosphere of suspicion and intrigue, says Colonel (retd) Anil Athale.

When the Indian Express sensationalised the news of a routine Army mobilisation exercise, my first instinct was to ignore the whole issue and not dignify it with a rebuttal. But such is the ignorance on military matters in our country that all kinds of rumours have been floating and therefore this article.

I am reminded of an old anecdote from Jawaharlal Nehru's time. It was some time in 1963 when, after the 1962 debacle, General Jayantinath Choudhari, a flamboyant personality was made the army chief. Those were the days of no security frills and no Special Protection Group surrounded the prime minister. The Prime Minister's Office was (and still is) in South Block, the same building that also houses the office of the army chief.

Pandit Nehru was in the habit of casually walking into offices and directly interacting with various officers. One day he wandered into General Choudhari's office. Giving a lookover to the office, the then prime minister asked the general about various contingency plans. Then mischievously he asked the general whether the Army also had a plan to take over the country and could the chief show it!

General Chaudhari was equal to the occasion, and mentioned that of course the Army did have such a plan. He then pulled out a bottle of Scotch from his drawer and told the PM that this was the plan, we would celebrate! Nothing was heard about the threat of Army takeover after this episode for a long time!

But even earlier in the 1960s, in a re-enactment of the present fracas between army chief and the defence ministry, during the time of General KS Thimayya and his abortive resignation, there were similar rumours. The movement of 50 Parachute Brigade (around 3,000 soldiers) was being constantly monitored. At that time as well, an enterprising general (with strong political ambition and connection) was responsible for feeding false information to the government and creating a scare. In the end, even in the volatile 1960s, when many Asian countries saw military takeovers, India remained immune from this disease.

The only time India came close to military rule was in 1977 when in the wake of electoral defeat, the prime minister's son suggested a military takeover (in the presence of the PM who shrewdly kept mum). Luckily for the country, the upright General TN Raina spurned those overtures and suggested that the PM accept the election result and go gracefully. This author has heard this story from authentic sources and an eyewitness.

Another non-incident that had all the ingredients of media, army intrigues and insinuation, happened in the 1980s. The anti-foreigners agitation launched by the All Assam Students Union was at its height. There was an ongoing insurgency in Nagaland and Mizoram and troubles in Manipur. The then commander of the Eastern Army, the (late) Lieutenant General Eric Vas, held a conference of all senior military commanders in the north-east to discuss an eventuality of all the rebel groups coming together.

In such a situation, he reasoned, there would be a collapse of civil authority and the army may well have to take over the entire administration. The general then went on to direct his subordinates that they must prepare plans for this eventuality and see how best we can run the essential functions of the civil administration. One of the participants, a disgruntled general who was not recommended for the next promotion by the army commander, seized this opportunity to create trouble. He leaked the proceedings of this conference to the editor of newly launched news fortnightly. The news magazine sensationalised the whole story and presented it as 'Army plans to take over north-east!'

Luckily for the country we had a strong PM in Indira Gandhi who ignored the report. General Vas himself explained the whole thing to the Army chief satisfactorily but did not respond to the so-called scoop. The matter eventually died down and the journalist concerned faded out.

The Army is busiest during peace!

During my Army career my civilian friends often asked me as to what do we do during 'peace time'. Six-monthly mobilisation drills, constant training of men from smallest sub-unit onwards to a unit (battalion) level 'test exercise' and periodic operation alerts, keep the soldiers extremely busy. The basic mantra drilled into all is 'sweat during peace saves blood during war'.

The mobilisation drills of two relatively small units of the million-strong Indian Army are a routine affair and are NOT notified more than two levels up, say up to divisional level. Forget intimation to the ministry of defence, these training events are not even intimated to the army command. On the other hand, every unit makes an annual training events forecast and calendar and sends it to its higher formation, in this case brigade and division. These are planned well in advance and are on record. After the event/exercise the battalion concerned also sends a report of the shortcomings notices and rectification done.

When the Indian Express gave out the sensational story it could well have checked with the formations concerned. One does not need a Central Bureau of Investigation inquiry to find out if this was a scheduled training event or something else! The newspaper report is silent on this crucial aspect.

The real worry for veterans like this author is the apparent panic this movement generated in the government circles. This shows a total breakdown of communications and atmosphere of suspicion and intrigue that is more akin to the era of durbari culture and monarchy. This mindset and distrust of the military is worrisome since that can directly impinge on national security in times of crisis.

Mutual trust and confidence between the armed forces and the civil leadership need to be established at the earliest.

In the PM's own words, let us desist from taking an 'alarmist' view of routine Army activities, lest next time troops move to the border for training exercise, some wise journalist may cry wolf! We all know what happened to the person who cried wolf too often!

Colonel (retd) Anil Athale is former head of war studies division, ministry of defence and co-author of the official history of 1962 Sino-Indian conflict. 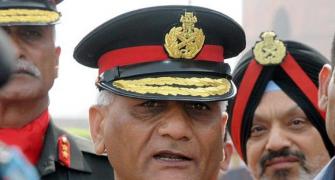 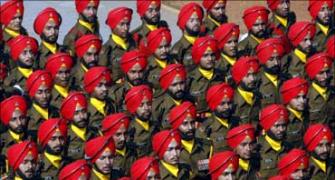 India's civil-military relations: The threat within? Why civil-military conflict is GOOD for India