News
Business
Movies
Sports
Cricket
Get Ahead
Money Tips
Shopping
Sign in  |  Create a Rediffmail account
Rediff.com  » News » Why Maldives feels it has nothing to lose by defying India

Why Maldives feels it has nothing to lose by defying India

Unless our neighbours have a stake in our progress and success, they will challenge our role in various ways and power will become irrelevant, says Ambassador T P Sreenivasan.

The day former president Nasheed left the Indian high commission in Male, India heaved a sigh of relief that it had opened a window of opportunity in Maldives for a peaceful resolution of the political crisis there and to restore the rule of law and democracy.

It was a narrow window, it was noted, which could be closed very soon. And it did, when Nasheed was arrested again, prompting Prime Minister Manmohan Singh to express concern over the 'critical political instability' in the Maldives.

The mighty regional power finds itself powerless to change the course of events in Maldives and, by a conspiracy of circumstances, Nasheed's victory in the next election has become the litmus test of India's diplomatic success in the Indian Ocean at a time when the area is considered pivotal to global peace and security.

Soon after an Indian delegation returned after resolving the Nasheed standoff and declaring that Nasheed was now free to return to normal personal and political life, a spokesman for the acting president ridiculed Nasheed's stay in the Indian high commission as 'the longest meeting in history.'

He was referring to the Indian claim that Nasheed had gone 11 days ago to the high commission for a meeting. The clear message was that the government had given no guarantee for Nasheed's safety to India and that the Indian role was not legitimate.

This was made even more explicit when Nasheed was arrested, perhaps to assert Maldives' sovereignty.

All the facts leading to the state of India's power in the least powerful of its neighbours are not known, but the general impression is that India was not adept enough to see the writing on the wall ever since Nasheed was elected and that it closed its eyes shut when the old strongman Gayoom began flexing his muscles.

The coconut wireless of the islands must have been abuzz with speculation about Gayoom's moves long before the army and police closed in on Nasheed and made him voluntarily resign the presidency.

Male must be a place, where everyone knows everyone else and State secrets must be the market folklore.

Perhaps, we knew precisely the unfolding events and chose not to intervene, partly because we were nostalgic about the days when Gayoom was in the presidential palace and all was well with the world.

We were obviously unaware of the schooling Gayoom received from two of our other neighbours in the art of containing India and thwarting Indian 'hegemony' in the Indian Ocean.

Ironically, the struggle between Acting President Waheed and former president Nasheed has assumed the flavour of a proxy conflict between China and India.

Waheed portrays Nasheed as someone seeking Indian intervention, while Nasheed accuses the former of favouring proximity to China.

Nasheed has publicly sought a more 'aggressive posture' on the part of India, while Waheed asserts that since Maldives is a small State, it should not receive 'small justice.'

The present Indian strategy appears to be to play the peacemaker between Nasheed and Waheed, so that free and fair elections are held in September, with the participation of Nasheed, notwithstanding the 'Judge Abdullah Abduction Case', which threatens to disqualify Nasheed.

Waheed maintains that he is pledged to hold such elections, but claims that he has no control over the judicial process. In the present scenario, the past glory in India-Maldives relations can be restored only if Nasheed wins.

We do not seem to be contemplating any other way to wield our legitimate influence in our own backyard. Our power to help or harm does not seem to impress the powers that be in Maldives.

A spokesman of the Waheed government told me on television that Nasheed had lost his support among the people long before he 'voluntarily stepped down.' He asserted that there was no way Nasheed would win the September elections, even though Waheed did not have a single seat in parliament at this time.

Asked about China's increasing influence, he said that, as a developing country, tje Maldives received the much-needed assistance from China. He did not acknowledge the assistance that India had provided for many years.

On links with India, he mentioned only the 'nonaligned link' which the Maldives had with more than a hundred countries. He said the GMR contract was one-sided and that its cancellation had helped the Maldives earn more foreign exchange.

He may have been uninformed or engaging in disinformation, but the mindset of the regime was clearly evident.

It feels that China will make up for the loss of Indian support and that it has nothing to lose by defying India by denying its role, cancelling its airport project and forgetting that the ocean around it carries the name of a great and reliable nation.

The present situation reveals the limits of power of States in different situations. Unless our neighbours have a stake in our progress and success, they will challenge our role in various ways and power will become irrelevant. No one tries to kill a fly with a sledgehammer.

In the long term, India must leverage other power centres in the Maldives to retain its influence, even if the Nasheed gamble fails. Whether it can do this before the September elections and play a decisive role in restoring constitutional democracy is a moot point.

The expression of concern by the prime minister over the critical political instability in the Maldives is, one hopes, the first step in the right direction.

Having missed the opportunity to use the wide open doors in Maldives, let us now use the narrow opening in the window. 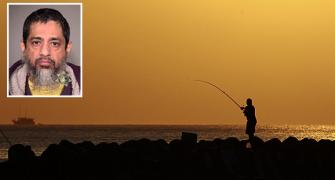 Confirmed! Maldives is a jihadi launchpad 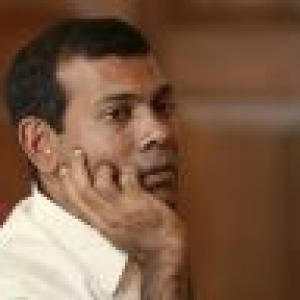