What SC really said about Section 377 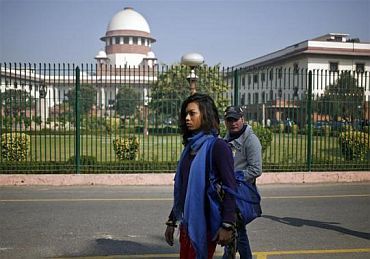 Voices of outrage from the media to the United Nations have claimed the recent Supreme Court judgment has criminalised homosexuality. Clearly, none of them seemed to have read the court's order that ran into about 100 pages.

"Section 377 applies to both man and woman if they indulge in carnal intercourse against the order of nature... that if the view expressed by the high court is taken to its logical conclusion, any provision could be declared to be violative of Article 14.

No class was targeted by Section 377 IPC and no classification had been made and, therefore, the finding of the high court that this law offended Article 14, as it targets a particular community known as homosexuals or gays, is without any basis," the order read.

What does Section 377 say? It only penalises carnal intercourse against the order of nature. This covers homosexuals and heterosexuals alike. The Supreme Court said often, the former category was targeted under the section. It added the wrongs perpetrated on the gay community by a false reading of this section, if any, didn't make the law unconstitutional.

The solution, it said, was to clarify the law with suitable legislative amendments, rather than say the law violated the right to freedom and equality. And this is what it asked Parliament to do since it couldn't amend a law.

The court judgment can be a tool in the hands of gay groups who feel they are exposed to harassment by people who object to homosexuality. It could silence any court of law bent on penalising a gay couple, said lawyer H P Sharma, who argued in favour of the section. He added the law was used only in the event of a complainant.

The Union government, which is contemplating an Ordinance to decriminalise homosexuality, under the assumption that Section 377 criminalises it, is acting contrary to its own stand, too. An affidavit filed by the Ministry of Home Affairs had said Section 377 didn't have any constitutional infirmity.

It added an unlawful act couldn't be rendered legitimate because the person it was detriment to consented to it; that Section 377 had been applied only on a complaint of a victim and there were no instances of arbitrary use or application in situations in which the terms of the section didn't naturally extend to Section 377 of the IPC. It said Section 377 IPC didn't violate Articles 14 and 21 of the Constitution.

While misreading Section 377 may lead to harassment of gay couples, the section is the only mechanism to protect victims of sodomy and other actions against the wishes of a person. As such, the rights of these victims are as much a concern as the rights of homosexuals.

Victims of sodomy, for instance, remain unheard except on rare platforms such as the recent television series by Aamir Khan, where one of the victims said he was sodomised through his childhood and adulthood by a relative who lived in his house. Unfortunately, these victims do not carry as much weight as homosexuals who are, as the court plainly says, not even the target of the section.

Nonetheless, the court's judgment is drowned out by the various interpretations of it by the media, eminent lawyers, political parties, etc. This mars the possibility of a discussion on the real problem with the section and how it can be improved to prevent misreading and possible abuse. 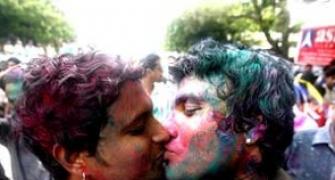 Not unlike foe BJP, Cong govt had wanted gay sex to remain illegal 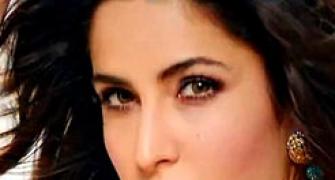 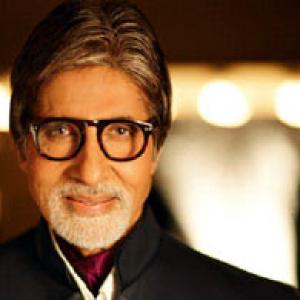 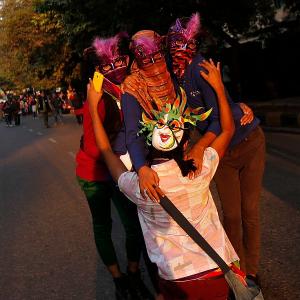 Officially, the BJP is against gay sex