The young woman who was raped on December 16, 2012 gave us courage. To stand up. To protest the crimes that had been committed against us. To fight back, says A Woman in Today's India. 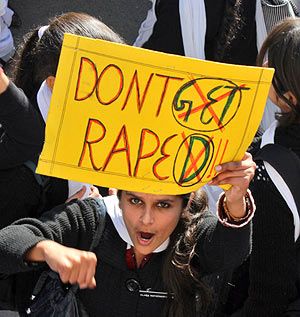 Today is a day we can never afford to forget.

A day when a woman, someone just like you and me, was gang-raped, brutalized, beaten up, thrown out of running bus, naked.

The horrific nature of this crime, and its casual brutality, shook our otherwise hardened souls.

After a brave battle to live, she succumbed to her horrific wounds.

In her grit, her determination, and even in her death, she gave us an incredible gift.

She gave us courage.

Light a Candle for Nirbhaya

To protest the crimes that had been committed against us.

Ordinary women, who may otherwise have not done so, found the courage to stand up for themselves in all parts of the country.

On the roads, they turned back and questioned those who teased them.

In public transport systems, they raised voices against those who tried to brush against them.

In homes, they fought against abuse and violence from the very men who were supposed to care for them -- their fathers, mothers, brothers, uncles, family friends...

In Mumbai, a young lady photographer who was gang-raped took her molesters to court.

Taking inspiration from her courage, another young woman who had been raped by the same rabid group of men, recounted her tale of horror.

In Delhi, a woman intern stood up to a Supreme Court judge.

A minor girl who has been raped by a so-called 'godman' has demanded justice.

His son has confessed to raping another woman.

A young woman journalist, who was groped by the editor of the organisation she worked for, took him to task. He is now cooling his heels in a jail in Goa, awaiting trial in the very state where he molested her.

I believe, somewhere, that this happened because of a 23-year-old in Delhi who refused to give up in her fight for justice. Even after she died.

In many ways, nothing has changed.

The system remains just as indifferent. Just as callous.

Rape, though it will be aired out of the closet in the coming elections, is otherwise not an issue for our political leaders.

People still blame a rape or molestation victim for the crime...

Attempts to demean women, both at home in the outside world, continue.

And, worst of all, sexual crimes against children continue.

Yet, in some ways, something has changed.

Somewhere, there has been a small shift.

Within us. Within ordinary men and women.

Yes, we may seem indifferent as we go on with our daily lives.

Yes, we may seem to live in our own little bubbles.

But you can only push us so far.

Ignore this change at your peril.

We won't forgive, not until this scourge has been stamped out of the planet we call home.

Light a Candle for Nirbhaya 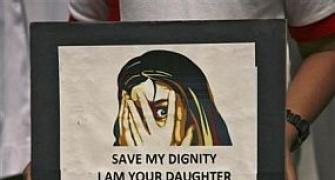 But who will ease the little girl's terror and horror?http://www.rediff.com/news/report/a-open-letter-to-mumbais-braveheart/20130823.htm 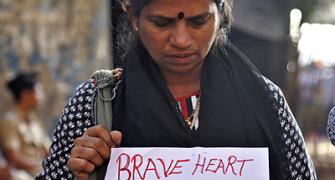 An open letter to Mumbai's braveheart