Agni-V is a Chinese-centric missile

In our euphoria over the successful Agni V test, we should not lose sight of the continuing gaps in tactical capabilities and the need to close them, writes B Raman

2 Agni-V is a Chinese-centric missile. The Chinese rightly know it and would be evaluating any changes required in their defence strategy vis-a-vis India in the light of India having at its disposal a missile capable of hitting targets in mainland China, including Beijing. The operational missiles that we have at our disposal now are in a position to successfully target Chinese-occupied Tibet and Western China such as Sichuan, which are not yet economically as developed as Eastern China. Once Agni V becomes operational, India should be in a position to target those parts of Eastern China on which its economic prosperity depends.

3. China's plans to protect itself against a possible Indian missile strike have to cover the whole of China, instead of only western China as it is till now. Our intelligence agencies have to be on the look-out for indications of Chinese thinking on this subject.

5. Our ability to protect ourselves tactically will depend on our conventional capability to deter a surprise Chinese strike across the Himalayas to occupy areas -- particularly in Arunachal Pradesh which it describes as southern Tibet -- that it claims as its territory.

6. During the last 10 years, the entire Chinese military planning vis-a-vis India has been focussed on giving itself such a surprise strike capability. Its improvement of its road and rail networks in western China, particularly in Tibet, its attempts for road-rail connectivity with Nepal, Myanmar and Bangladesh, its improvement of its air bases in Chinese-occupied Tibet and live firing air exercises in Tibet are part of its plans to strengthen its surprise strike capability.

8. Have we now learnt the right lessons from history and given the Army the capability to blunt a surprise Chinese strike and throw them back after inflicting a prohibitive

cost on them? Unless we confront the Chinese with the prospects of a prohibitive cost and outcome if they indulge in a surprise strike as they did in 1962, the temptation on their part to launch a surprise strike, if they lose patience with the border talks, will remain.

10. The tactical situation that we face today is less favourable than what the Chinese face. In 1962, China had no military relationship worth the name with Pakistan. Today, China has a multi-dimensional military relationship with Pakistan, much of it focussed around the Gilgit-Baltistan axis. In 1962, China had no military-related presence in our periphery. Today, it has in Myanmar, Bangladesh and Sri Lanka. In 1962, we didn't have to worry about the Chinese Air Force and navy. Today, we have to.

11. In 1962, the war plans of the Chinese Air Force were largely focussed on Taiwan. Today, there are indications of a partial shifting of the thinking of their air force towards India. In 1962, they had no navy worth the name. Today, they have a navy increasingly capable of operations in the Indian Ocean.

12. It is my assessment that if the Chinese mount a surprise tactical strike across the Himalayas now, it will be a joint army-air force operation. It will be a lightning strike designed to satisfy their territorial objectives in the shortest possible time without running the risk of a prolonged war. The role of their navy will be insignificant for some years to come.

13. We have to have a multi-pronged strategy designed to enable us to pre-empt a tactical Chinese strike with the co-operation of our Tibetan friends and to blunt their strike and throw them back if pre-emption fails. Such a strategy would call for better intelligence collection, better road-rail-air connectivity to the border areas, more well-equipped bases near the border from where our army and air force can operate and a better logistics trail well-tested during peace time.

14. We have already taken steps towards giving shape to such a multi-pronged strategy in the Himalayan area, but the progress in implementation has been slow. Our policy-makers should pay urgent attention to this. Our strategic and tactical thinking continues to be largely Pakistan-centric.

15. Whatever Chinese-centric thinking there has been is largely in the context of our power projection with US blessing. We must remember: If there is another limited border war with China imposed on us by Beijing, the US will have no role in helping us. We have to fight and win the war alone. Are we in a position to do so?
B Raman
Related News: Western China, Myanmar, Chinese Air Force, India, Tibet
SHARE THIS STORY
Print this article 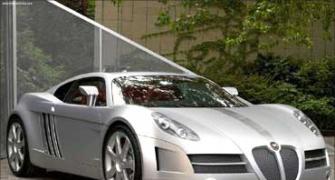 JLR joins hands with Chery for joint venture in China 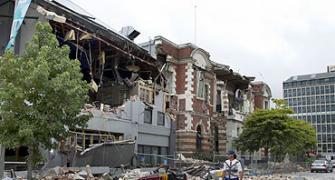 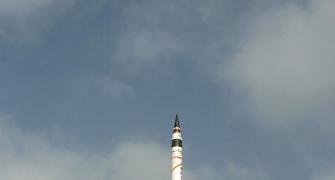 PIX: 'Production of Agni V to begin in a year's time'

India a critical partner in anti-piracy efforts: US