News
Business
Movies
Sports
Cricket
Get Ahead
Money Tips
Shopping
Sign in  |  Create a Rediffmail account
Rediff.com  » News » A kafir among the Wahhabis

A kafir among the Wahhabis

Ustad Abdul Rab Rasul Sayyaf, Afghan President Hamid Karzai's first choice as speaker of the new Afghan parliament, is the perfect bridge the latter needs to reach out extensively in the Islamic world and Pakistan, says former diplomat M K Bhadrakumar, possibly the first and last Indian to have met Sayyaf in his native village.

January mornings can be bitingly cold and blindingly awash with sunshine in the Parwan mountains leading to the Bamyan region in Afghanistan. That morning, when I was dropped by the side of a rivulet on a desolate dirt track leading out of Charikar on the edges of Panjshir valley was, of course, very cold and extraordinarily sunny.

Ahmad Shah Massoud's men who escorted me bid farewell, explaining that beyond the forlorn, shallow rivulet strewn with pebbles lay hostile territory under the control of Ittehad-al-Islami. The year was 1993.

They cautioned me not to proceed and they tried to effect a last-minute change in my mind, as the Ittehad was implacably Wahhabi and notorious for its hostility towards India. I said I would take a chance anyway and joked uneasily that the primary job of diplomats was after all to talk with adversaries and enemies.

I crossed the stream on foot and on the other side, surely, as prearranged, a group of some 20 Mujahideen warriors of the Ittehad were waiting for me with a couple of white Toyota pick-ups, which was a popular mode of transport at that time for the Afghan holy warriors.

I sat in the front cabin sandwiched between the driver and a burly commander while about 10 fighters with Kalashnikovs piled on to the backside with their weapons. Another pickup packed with Ittehad fighters followed us.

There was heavy fighting going on somewhere in the vicinity among the various Mujahideen groups -- principally involving Shura-e-Nazar (Tajik group) belonging to Massoud, Hezb-i-Wahdat (Hazara Shi'ite) group belonging to Karim Khalili and the one-hundred percent Pashtun group Ittehad -- for control of that strategic region which forms the gateway to Kabul from the north. True to Afghan tradition, my security and personal safety was the sacred duty of those Wahhabi fighters on that day. Wahhabis guarding a kafir!

Parwan is one of the ancient Afghan settlements -- founded by Alexander the Great in 329 BC. It was also the site of a major battle in the First Anglo-Afghan War in which the British army was defeated. My mind wandered along the corridors of history as we drove cross-country for an hour or so into the valley and then began climbing the undulating hills.

We sat in silence. I could sense the bewilderment of the Ittehad fighters for having to provide armed escort to an Indian. Was I afraid? I must confess I was terribly nervous, wondering if that sort of bravado was ever warranted. I had a wife and two children, too, back at home in Delhi waiting for me.

Around noon, we reached a mountain village, which was the native place of Ustad Abdul Rab Rasul Sayyaf, the unquestioned leader of the Ittehad and one of the most colourful Islamist politicians of our region. It was a disappointingly modest place, extremely austere to be the quarters of such a big man on the Afghan chessboard.

There were hundreds of armed Ittehad fighters hanging out all over. It was a virtual garrison. But everyone seemed to know everyone else. As soon as we arrived, everyone came and embraced each other, stealing furtive glances at me. There were whispers and I could sense they were getting to know that a kafir had come from faraway Hindoostan as the Ustad's honoured guest.

The jihad had just got over, the Soviet Union had packed up and Afghans were convinced they were world conquerors. There was great Islamist revolutionary fervour everywhere I travelled inside Afghanistan in those months and years after the Mujahideen takeover. (Incidentally, I was the first Indian -- and probably the last -- to visit Sayyaf in his native village.)

I saw Ustad seated on a carpet on the floor in a big hall in a corner. There was a charcoal fire burning nearby to provide heating. Ustad stood up and we embraced. I gifted to him a big packet of choice Indian tea that I carried. He thanked me profusely and said he was greatly fond of Indian tea! And he invited me to sit by his side.

It was supposed to have been a 30-minute meeting. I had a simple message to deliver on behalf of the government and people of India -- 'India has friendly feelings toward all Mujahideen groups and antipathy toward none, and we deal with whichever government happens to be there in Kabul. We have infinite goodwill toward the people of Afghanistan who are our brothers and we will never ever interfere in their internal affairs.'

Ustad Sayyaf is an extraordinary man. Tall, very imposing in appearance. He holds a Masters in religion from Al-Azhar University in Cairo and was a professor in Kabul University when he became an activist in the Ikhwan al-Muslimin along with Gulbuddin Hekmatyar and Burhanuddin Rabbani. The communists imprisoned him but he probably got reprieve, having been a distant relative of Hafizullah Amin, the dreaded PDPA leader. Anyway, he found his way to Peshawar and plunged into the jihad against the Soviet intervention. The rest is history.

I had taken pains to shed any residues of prejudice within me that he was a staunch Wahhabi. Over time, I had collected as much information about him from the Afghan émigré community in Delhi as I could before I set out on that uncertain mission with so many imponderables. Therefore, I somehow had the feeling that I knew the man that I was talking to.

The "familiarity" indeed helped as I could warm up in no time and I could sense I was "entrapping" the Ustad's attention and coaxing him to take a detour with me away from the obsessive concerns of the jihad, along the untrodden paths of a conversation where I could broadly hope to set the direction and the tempo. We talked of Islam, Muslims in India, Babri Masjid He was remarkably well informed. I tried as best as I could to satiate his hunger for news about Hindoostan.

And we soon found ourselves talking about my home state of Kerala. I told him how achingly beautiful that part of India was, its numerous rivers and backwaters, its lagoons and the lazy coastline, its tea gardens enveloped in mist. Nothing enchants an Afghan as much as the sea. Soon I ended up talking about the Moplas of Malabar. He laughed in great mirth, shaking his imposing body when I speculated how the Arab traders would have got stranded on the Malabar coast with the advent of monsoon and how utterly lonely and love-struck he would have been to take a local woman or two, and what an irresistible backdrop the tropical rain provides for lovers deep in love.

Soon, the Mujahideen who were outside began to get curious and began coming into the hall to listen to our conversation. And I just took off seizing that incredible opportunity to have a house full of incorrigible Wahhabis as my captive audience. In no time, the Ustad ordered a feast and we all ate with our hands out of a common plate, as is the Afghan custom, served with mutton pilav with raisins, drowning it with lots of black tea.

I had spent over two hours with him already and it was early afternoon. The sun was getting weak and I thought it was time to leave so as to reach Massud's territory before it got dark. The Ustad walked with me to the courtyard outside. Then, as he embraced, he bowled me over completely with his final words that I will carry to the end of life as one of the best remarks I ever heard from an interlocutor in my entire 30-year diplomatic career. Ustad said: "Inshah Allah, this war will end soon. And I hope you can arrange for me a visit to Malabar."

My thoughts raced back in time as I saw the news reports today that Sayyaf may be Afghan president Hamid Karzai's first choice as the speaker of the new Afghan parliament. Karzai is making a shrewd choice.

Sayyaf is at once the perfect bridge Karzai needs to reach out extensively in the Islamic world and Pakistan. Sayyaf is a rallying point for the Mujahideen constituency and a figurehead in Kabul who can stem the deepening Pashtun alienation. Having been a leader of the Islamist movement, he also has close links with Rabbani who heads Karzai's High Council for Peace, which is entrusted with the onerous task of reconciling the Taliban.

Most important, Jalaluddin Haqqani was at one time an Ittehad commander in the 1980s -- that is, until the Americans advised him to provide shelter to an Arab fugitive by name Osama bin Laden. In sum, Sayyaf is the ideal man to reconcile Jalaluddin with the upcoming peace process.

Of course, Karzai is taking a big gamble as Washington will be appalled that a man who is famous for his Islamist nationalism and has never bothered to hide his visceral hatred toward the US is figuring in the highest echelons of the Afghan leadership structure at this crucial juncture of the war.

Indeed, this dramatic turn to events was bound to happen at some point in the nine-year old war. Afghan history is repeating. Nationalist fervour is cascading in Afghanistan and the US ought to read the writing on the wall and vacate the military occupation as quickly as possible.

From now on, it will be extremely treacherous ground for the US forces in Afghanistan, and if there is any doubt as to how treacherous it can get in those tangled mountains, ask Britain.

MK Bhadrakumar is a former diplomat, and his blog on rediff.com can be accessed here 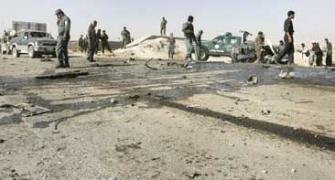 What is Pak's ulterior motive in Afghanistan? 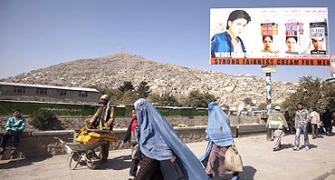 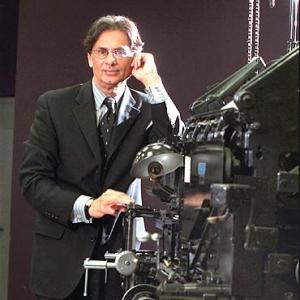