The structural trends in Pakistan raise the possibility that the army's opinions may increasingly have to parallel, not shape, the public's, says Ajai Shukla

The Pakistan army's overlordship of that country's national security decision-making has scarred New Delhi's engagement with Islamabad, undermining the dialogue between the two countries. In any discussions, India's Team A only meets Pakistan's Team B. After they finish talking, Pakistan's Team A -- viz the Pakistan army, which wields a veto over everything the diplomats and bureaucrats have discussed -- rules on the outcome from General Headquarters, Rawalpindi.

But that stranglehold is being challenged within Pakistan in tentative but unmistakable ways. Following President Asif Ali Zardari's extended confrontations with the generals, it is now the judiciary that has fired a broadside across the military's bows. On Thursday, Pakistan's supreme court issued its detailed verdict in the Air Chief Marshal (Retired) Asghar Khan case, in which it has ordered action against former army chief, General Mirza Aslam Beg, and his spymaster, Inter-Services Intelligence head, Lieutenant General Asad Durrani, for funnelling Rs 14 crore to various political parties to rig the outcome of the 1990 elections.

Chief Justice Iftikhar Muhammad Chaudhry, the battle-scarred campaigner who was instrumental in unseating President Pervez Musharraf, threw his full weight behind that verdict. After some TV news channels (a match in inanity for our own) reported that the court registrar had authored the judgment, the supreme court officially clarified that a three-judge bench headed by the chief justice himself had delivered it.

In its judgment on the case, which has been a judicial hot potato since 1996, Justice Chaudhry enjoined soldiers to uphold the constitution, even if he received orders from his seniors ordering otherwise. For the military, this must have sounded like, "Tell the general you're not available for the coup."

Such judicial strictures could not but provoke a military that is already under pressure from the media and from President Asif Ali Zardari. The president from the traditionally anti-military Pakistan Peoples Party has repeatedly taken on the khakis (as Pakistani liberals disparagingly call the military), denting the army's aura of omnipotence. Since 2008, when his government was forced to quickly withdraw a notification placing the ISI under the interior ministry, President Zardari has grown steadily bolder. Last year he refused to back down in the so-called Memogate affair, when the military effectively accused Mr Zardari of asking Washington for protection against a possible coup after Osama bin Laden was killed in Abbottabad. This after a fleeting moment of legislative oversight, when the military was forced to explain to parliament why it could not prevent US special forces from mounting a military operation in the Pakistani heartland.

Today the Pakistan military needs political cover from the government for military operations against the Tehrik-e-Taliban Pakistan in Khyber-Pakhtunkhwa province. The conservative opposition parties steadfastly refuse to back those operations. All this boosts Mr Zardari's confidence, already high after remaining in power for what could be an unprecedented five-year term, despite massed resistance from the judiciary, the military, his political foes and the jihadis.

Rattled by these potentially adverse political winds, the generals have warned all concerned to back off. On November 5, the current Army Chief, Ashfaq Parvez Kayani, issued a statement through the Inter-Services Public Relations directorate, the military's own PR agency, warning that, "All systems in Pakistan appear to be in a haste to achieve something, which can have both positive and negative implications. Let us take a pause and examine the two fundamental questions; One, are we promoting the rule of law and the constitution? Two, are we strengthening or weakening the institutions? In the ultimate analysis, all of us would have served Pakistan better if history and our future generations judge us positively."

For a country that understands well their military's praetorian lexicon, the meaning of this profundity is clear: "Hold it, chums. We love democracy like you all do. But democracy does not mean that the institutions (the army) can be weakened. So back off!"

For the first 60 years of Pakistan's history, such a statement from GHQ would have had every institution stepping back and issuing pro forma statements about the need to remain united to safeguard national security. But, in yet another sign of change, the supreme court's retaliatory salvo came within three days, in the form of the detailed judgment.

This changing civil-military dynamic, which only the ideologically blinkered can fail to perceive, has not yet translated into any loosening of the Pakistani military's absolute stranglehold over policy in four areas -- Kashmir, America, Afghanistan and China. Nevertheless, Pakistan's polity, judiciary, civil society, clergy and jehadis are all increasingly willing to challenge the khakis. Nobody yet knows how this fascinating contest will play out as one side, then another, pushes back and flexes its muscles. But New Delhi must watch this power play carefully, keeping a safe distance from the participants it favours, because India's approval is still the kiss of death in Pakistan.

India provides the generals with a useful raison d'être. But for most Pakistanis America has long supplanted India as the top hate. As more Pakistani troops are diverted from the relatively peaceful border with India to the roiling badlands of Khyber-Pakhtunkhwa, the Pakistani soldier will also wonder where the real enemy lies. Now the structural trends in Pakistan raise the interesting possibility that the army's opinions may increasingly have to parallel, not shape, the public's. 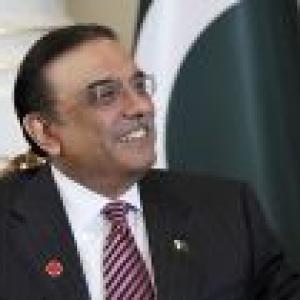 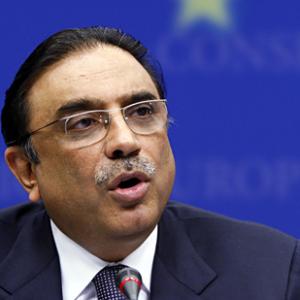