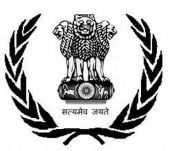 Protection of our national security and other critical infrastructure from cyber threats orchestrated by State and non-State actors is now an important task of the intelligence community as a whole.

The new chiefs of the Intelligence Bureau and the Research and Analysis Wing will be required to play a leadership role in the matter, says B Raman, India's leading expert on counter-terrorism.

The Intelligence Bureau, which is currently celebrating its 125th anniversary, and the Research & Analysis Wing, the external intelligence agency which came into being in September 1968, will have new chiefs for a period of two years from  January 1, 2013.

Both are highly experienced and competent officers who will do credit to the two organisations.

The two officers will head their respective organisations at a time when they will implement the recommendations of the Naresh Chandra Task Force on National Security, submitted to the prime minister on May 24.

The task force report contains important recommendations for the revamp and modernisation of our national security set-up, including the various agencies of our intelligence community and the agencies responsible for cyber security.

This is the first revamp being undertaken 10 years after the earlier revamp undertaken after the Kargil conflict of 1999. The effectiveness of the new revamp and modernisation will depend on the cooperation between the agencies of the intelligence community in the implementation.

Both Ibrahim and Joshi have a well-established reputation as excellent team players and this should help in the smooth implementation of the recommendations.

They will head their agencies at a time when globally intelligence agencies are re-strategising their charter.

Protection of our national security and other critical infrastructure from cyber threats orchestrated by State and non-State actors is now an important task of the intelligence community as a whole.

Ibrahim and Joshi will be required to play a leadership role in the matter along with their other colleagues in the community.

The reported fact that Ibrahim, apart from being an expert in counter-terrorism, counter-insurgency and counter-intelligence related intelligence tasks, is also well-versed with cyber security, should be of help to the government in this regard.

Ibrahim will take over at a time when the exercise for the revamping of our counter-terrorism architecture has run into a road-block due to the political mishandling of the creation of the National Counter-Terrorism Centre.

In whatever form the NCTC is ultimately set up to meet the sensitivities of the state governments, the Intelligence Bureau's multi-agency centre -- set up under the post-Kargil revamp -- will be an important core of it.

Better coordination and understanding between the IB and the state police under Ibrahim's stewardship would be important in this regard.

Both the IB and R&AW have previously been headed by officers belonging to non-Muslim minorities. This is the first time since 1947 that a Muslim officer will head the most important agency of the intelligence community.

Many countries in the democratic world have been debating for some years now how to give better representation to religious and ethnic minorities and women in the intelligence profession and how to enhance their leadership role.

Ibrahim's nomination to head the Intelligence Bureau is not only a recognition by the government of his record and competence, but also an acknowledgement that the time has come to give this debate greater prominence and meaning in our country.

Not only religious and ethnic minorities, but women too are inadequately represented at leadership levels in our intelligence community. This needs to be rectified.

B Raman
Related News: Asif Ibrahim, Intelligence Bureau, Alok Joshi, Indian Police Service, NCTC
Print this article
The CIA mole that got away from the clutches of R&AW
NCTC: A good idea handled badly
Of 'unglamorous' spies and unsung heroes 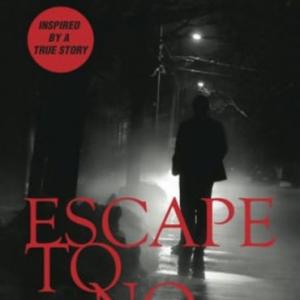 'There are a lot of weaknesses in counter-intelligence'