'The downslide has been rapid leading up to the number one and number two of the organisation flinging against each other horrendous accusations of bribery and tampering with investigations for personal gain, and the latest petition to the Supreme Court by the joint director of the CBI, M K Sinha, opening a veritable Pandora's Box of repulsive skeletons,' notes B S Raghavan, the distinguished civil servant who witnessed the CBI's birth. The pain I feel at seeing the Central Bureau of Investigation at sixes and sevens is personal and intense.

This is so for no other reason than that, as the deputy secretary in charge of the administrative vigilance department in the Union ministry of home affairs in the 1960s, I was a fascinated witness to its being brought into existence by D P Kohli, IP (Imperial Police) who can be legitimately given the honour of being called its father.

Kohli it was who gave the CBI its motto 'Industry, Impartiality, Integrity' and built it up brick by brick, implanting in it salutary traditions. He was also its founding director from 1963 to 1968.

He was particularly jealous in guarding it against any interference not only from without but also from within.

In the words of C V Narasimhan, who was in the CBI for 12 years in various capacities and became its director in 1977, 'Every officer was strictly bound not to enquire from his colleagues or others about the progress of any case outside his own line of supervision.'

'Further, if anyone outside the CBI, be it a minister or secretary or anyone else in government or outside were to enquire from a CBI officer about the details or progress or possibilities in any specific case, the CBI officer was strictly required to make a record of that enquiry in the relevant file.'

'This convention effectively eliminated unauthorised enquires or interest in the progress of specific cases.'

Alas, the institution he so carefully nurtured became subservient to Sanjay Gandhi during the infamous Emergency declared by Indira Gandhi in 1975 and committed several unpardonable excesses as documented by the Justice J C Shah Commission of Inquiry appointed by the Janata Party government to go into those excesses and make recommendations to ensure that such a contingency did not occur again in the future.

D P Kohli was made a member of the high power committee set up by then prime minister Morarji Desai under the chairmanship of the legendary L P Singh, to suggest the revamping of investigative, enforcement and intelligence agencies, including the CBI, in the light of the Shah Commission'sfindings so that they did not again fall victims of political machinations and internal self-destructing feuds.

M M L Hooja, IP, renowned worldwide for his acumen and ability as an intelligence officer par excellence, who retired as the director of the Intelligence Bureau, was the other member of the L P Singh Committee. I was its member-secretary who wrote its report which received high praise from H M Patel, then the home minister, and Morarji Desai himself.

The Janata Party government soon tottered to its downfall, with Indira Gandhi coming to power again in 1980.

The first thing she did was to see to the erasing of any trace of the existence of the reports of the Shah Commission and the L P Singh Committee, until Era Sezhiyan and I diligently resurrected the former and brought it out in a publication which was released by L K Advani at a largely public meeting in Chennai in 2009.

But the L P Singh Committeee report is still buried somewhere in the home ministry's vaults and my earnest pleas to Advani at that public meeting and Rajnath Singh, the present home minister, in a letter which he acknowledged and promised to follow up, have been cries in the wilderness.

The CBI somehow picked up the pieces after the Emergency with the vigorous and single-minded efforts of directors like C V Narasimhan and was seen as living up to D P Kohli's motto enshrined in its logo.

So much so, in a context in which all other institutions -- political, legislative, executive, administrative, financial, banking, educational -- seem to lie in tatters, the CBI was once again seen to hold its own, until Ranjit Sinha came to occupy the hallowed chair once adorned by D P Kohli.

Thereafter, the downslide has been rapid leading up to the number one and number two of the organisation flinging against each other horrendous accusations of bribery and tampering with investigations for personal gain, and the latest petition to the Supreme Court by the joint director of the CBI, M K Sinha, opening a veritable Pandora's Box of repulsive skeletons, unimaginable in Kohli's and Narasimhan's time and unthinkable even until before Ranjit Sinha took over.

The L P Singh committee was prescient enough to anticipate how any organisation entirely given over to police officials had within it the seeds of misdeeds now coming to light.

Although the sense of rank-based personal loyalty, resort to mutual pampering and pandering, and the tendency of covering up one another's misdemeanours are to be commonly found among any fraternity of public servants, they are the strongest among police officials.

The politicians have a weakness for them because they are gratified and impressed by their smart clicking of heels and saluting, and their unquestioned, 'Yes, Sir' and instant and disciplined obedience unlike non-police officials who may sometimes drag their feet and even talk back.

Politicians, therefore, in their anxiety to further their self-interest, or party’s interest, find it convenient to pack investigative and enforcement agencies with police officials.

Compounding the existing drawbacks is the fact that the CBI is still governed by the provisions of the Delhi Special Police Establishment Act and has no charter or legislative backing of its own.

The L P Singh Committee, with two Imperial Police officers -- one the architect of the CBI and the other the legend of the IB -- being its members, took account of this fact as also the vainglorious colonial attitudes till prevalent in public administration, especially the police, affecting judicious restraint, accountability, transparency and public interest, and strongly urged that there should be a special legislative enactment laying down the CBI's charter and its powers and responsibilities, building into it the precepts of industriousness, impartiality and integrity that D P Kohli so passionately inculcated and safeguarded.

It also stipulated that not only the CBI, but other investigative, enforcement and intelligence agencies also should not become the preserve of the police, and 'strong, self-respecting' persons with a life-long record of high integrity and public reputation from whatever service or source should be appointed to their leadership positions.

In fact, advanced countries, and particularly the US, already have the established practice of choosing the best person for the job, wherever found, to appoint to those positions.

There is much wisdom in these recommendations of the L P Singh Committee and the sooner the government heeds them, and We, the People, ensure their adoption and implementation, the better for the CBI and for India. 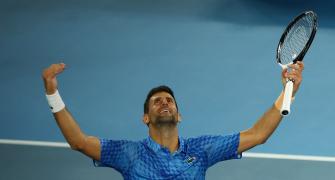