News
Business
Movies
Sports
Cricket
Get Ahead
Money Tips
Shopping
Sign in  |  Create a Rediffmail account
Rediff.com  » News » How the CBI can be saved

'The CBI should be bifurcated and the CBI's charter should be restricted to anti-corruption cases.'
'The investigation of major criminal cases having national and international implications, and national crimes spread over more than one state may be entrusted to a new national crime bureau,' recommends Dr Madhav Godbole, the former home secretary.
Illustration: Dominic Xavier/Rediff.com.

Prime Minister Narendra Modi, on assuming charge four years ago, had announced that his government would strive for less government and more governance. Little had he realised that this would be a daunting challenge to fulfil and it would remain one of his important unfulfilled promises.

The print and electronic media has created an impression that the present in-fighting between the director and special director of the Central Bureau of Investigation and their levelling charges against each other is the most serious calamity in the CBI's history.

But this is far from true. Public memory is phenomenally short. Volumes can be written about the misuse of CBI by successive governments and its high-handed, arbitrary functioning over the years since Independence, except for the years of Jawaharlal Nehru's regime as prime minister.

To recapitulate just a few instances: After the Emergency the then CBI director was jailed by a Parliament resolution for having raided and arrested, on the directions of then prime minister Indira Gandhi, four officers of the industry ministry for showing the temerity to collect information about Maruti Udyog set up by Sanjay Gandhi, her wayward son.

The Justice Shah Commission of Inquiry into the excesses of the Emergency had observed that the chief of the CBI had lent himself to serve the ends which were 'other than strictly legal, constitutional or moral'.

A classic understatement! On return to power in 1980, Indira Gandhi issued orders for withdrawal and destruction of all copies of the Shah Commission reports.

This is perhaps the only case in recorded history where a report of the judicial commission of inquiry was destroyed by the successor government.

The two recent directors of the CBI are facing serious investigations for corruption charges and conflict of interest. Not long ago, a very senior CBI officer in Delhi was raided on corruption charges and he literally threw out sacks full of high denomination currency notes from his balcony in the high rise building in R K Puram.

It was for the first (but certainly not the last) time that Delhi saw a torrential shower of currency notes! A recent news report mentions that at least 26 senior officers in CBI are facing charges of corruption.

Misuse of CBI has repeatedly come to public notice. Some prominent cases in this behalf include Bofors, the Commonwealth Games, 2G scam, coal scam and so on. It was the government of the day which was calling the shots, and no political party should be permitted to take a holier than thou attitude.

In the present imbroglio too many uneasy questions have arisen. They concern the CBI, the Central Vigilance Commission and the government itself.

Why was the special director appointed when there were serious charges against him and the director had brought these to the notice of the government?

Why did it take this long to complete the enquiry against the special director?

Why were the counter-charges made by the special director against the director not looked into expeditiously?

What was the government doing all this time when this in-fighting in CBI was continuing?

Was there a need to carry out the coup-like operation in CBI at midnight to send the two officers on compulsory leave?

Why was the national security advisor brought in it?

Why was the Cabinet secretary sidelined?

Why was the background and reputation of the interim director not checked before appointing him in that post when he was also working in the CBI itself?

It is difficult to believe that the government was unaware of it. The CVC has also not come out unscathed in this sordid episode.

I was surprised to read that the government advocate was trying to persuade the court not to insist on it. This was certainly not in keeping with the government's avowed claim that it was trying its utmost to be fair and transparent in the matter.

These are disturbing questions when the CBI and the CVC are working directly under the prime minister.

Palliatives suggested by high courts and the apex court from time to time have not worked. For example, this 'caged parrot', as described by the Supreme Court, could not be handled by the CVC.

Setting up of a high level selection committee for selection of the CBI director has not been successful as seen from the way the incumbent of the post has conducted himself. The much touted hawala case in which the Supreme Court gave a series of directions to give independence and autonomy to the CBI have also not worked.

The then chief justice of India, J S Verma, who had presided over the bench and had pronounced the hawala judgment, had himself expressed his deep disappointment at the reluctance of CBI officers to exercise their authority independently. This was when Justice Verma was chairman of the National Human Rights Commission. Answers must be found to this troubling experience.

Where do you go from here? The way forward is clear if there is a political will to take it. The important milestones are the following.

First, as the estimates committee of Parliament had suggested in its 13th report in 1992, in view of the vast increase in the workload of the CBI, it should be bifurcated and the CBI's charter should be restricted to anti-corruption cases.

The investigation of major criminal cases having national and international implications, and national crimes spread over more than one state may be entrusted to a new national crime bureau and it should be placed under the ministry of home affairs.

As brought out in my memoirs, Unfinished Inning (1996), I had initiated action in this regard when I was Union home secretary in 1992, but it had to be given up abruptly at the direction of the then prime minister PV Narasimha Rao who did not want any restructuring of the CBI.

Second, a new law may be enacted for the CBI.

This matter has been under consideration for the last five decades. This will also require a Constitutional amendment for which concurrence of the states will be required.

I have been suggesting for some time that a high level governing board should be created for the CBI consisting of, apart from the prime minister and the concerned central ministers, a few chief ministers, by rotation.

This proposal needs to be placed before the inter-state council and its approval obtained.

Three, the charter of CBI should be clearly spelt out in the new law so that the CBI's work can be assessed with reference to its charter.

Fourth, the CBI director should have a fixed term of three years and he should not be eligible for any employment under the state or central government after retirement.

Fifth, the selection of the director should be by a high power selection committee comprising the prime minister, Chief Justice of India or a judge of the Supreme Court nominated by him, Lokpal (when appointed), and the leader of the Opposition (or of the largest party) in the Lok Sabha.

Seventh, the law should clearly lay down that the CBI should not be given any exemption from the Right to Information Act.

Eighth, the law should provide for social audit of the work of the CBI.

For this purpose, there should be a committee comprising jurists, retired judges, public persons, media and persons with experience of administration.

The annual report of this committee should be placed before Parliament. The report should, inter alia, cover conviction rate of CBI cases, review of cases closed by the CBI, CBI cases dismissed by the courts during the year, observations made by courts on the working of the CBI, and any other matters concerning the credibility and efficiency of the CBI.

This broad approach should also hold good for the new national crime bureau to be set up.

The very fact that enacting a central legislation for the CBI has been pending for the last five decades shows that unless there is a strong political will, the conundrum of CBI shall continue forever.

Not a very encouraging note on which to end this account of grim reality. 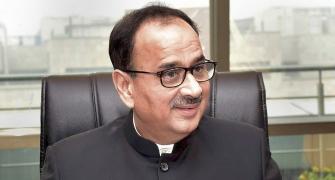