News
Business
Movies
Sports
Cricket
Get Ahead
Money Tips
Shopping
Sign in  |  Create a Rediffmail account
Rediff.com  » News » Can US recover from the Trump presidency?

This is the time when the US would need the conceptual strategic thinking of a Henry Kissinger, able to ally diplomatic skills with a well-conceived worldview of what the emergence of a new balance of forces will mean for a US whose ability to shape global events has definitely declined but still exists, says Claude Smadja. It might well prove to be a historical tragedy that Donald Trump is the president of the United States at a time when Xi Jinping is the leader of China. Xi has extended his control on power -- although he is not (yet?) absolutely all-powerful -- and is at the stage when he is articulating an ambitious, coherent and encompassing vision of where he wants to lead his country domestically as well as on the international stage and how he intends to achieve a clear set of objectives.

Even by the standards we are beginning to get used to from the Trump administration, the last seven weeks have been quite abysmal. This president is now at his third National Security Adviser in 15 months. With the demission of Gary Cohn, Trump has lost an able and competent Chief Economic Adviser as the former top executive from Goldman Sachs could not take it anymore after failing to prevent Trump to apply nonsensical tariffs on steel and aluminium.

The US president is now looking for his fifth communications director after the four preceding ones, who were fired or left disgusted, failed to give a semblance of coherence to the erratic and sometimes childish utterances of their president.

A US president who instead of being able to devote his full attention to his duties is consumed by the travails of Special Counsel Mueller’s investigation of Russian interference in the presidential election, by the allegations of his involvement in three separate sex scandals, as well as by the nasty, debasing, war of words with James Comey, the Director of the Federal Bureau of Investigation, whom Trump fired and who is now publishing a no holds-barred account of his meetings with the president.

The problem is that today Trump may find no reason to change his behaviour as he considers that his impulses and instincts more reliable than any advice he might get from an establishment he despises: He has taken over the Republican Party and the only dissenting voices are those of people who are not looking for re-election next November.

In addition to that, all polls suggest that his popularity ratings have increased by a few points -- although they remain lower than for any of his predecessors at this stage of his term. Donald Trump is playing to his core electorate and this core electorate loves it. He is playing the tough guy, inflicting sanctions on China -- and on strategic allies such as Japan at the same time -- and accusing it of being a currency manipulator against all evidence.

And this is the historical tragedy because while such initiatives might get Beijing to agree to some tactical concessions, they may or may not lead to some improvements in reality.

Take, for instance, the opening of the financial sector to foreign companies: Chinese companies are not worried anymore by that because they have become so powerful. In fact, the challenge that China’s rise is posing not only to America but also to Europe and other developed market economies is that the country has now reached, or is very close to reaching “critical mass” economically, technologically, militarily, and it is now asserting ambitions commensurate with its new status. Under Xi, nobody mentions anymore the Deng Xiaoping mantra -- “hide your strength, bide your time” -- that guided Beijing’s behaviour for close to 40 years. 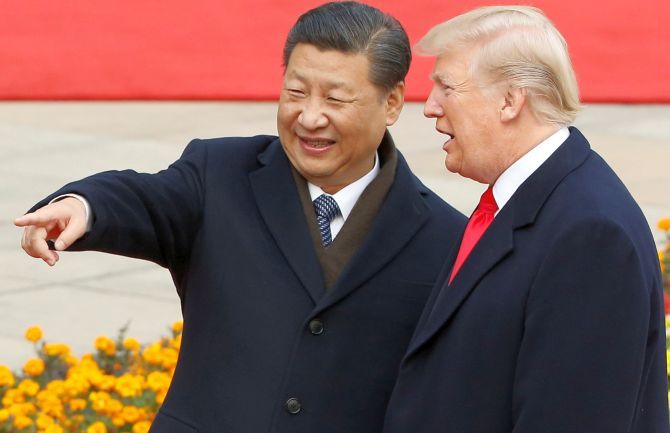 IMAGE: Xi Jinping's aim is now to put his country at the centre -- or close to the centre -- of the international stage. Photograph: Thomas Peter/Reuters

The Chinese leader’s aim is now to put his country at the centre -- or close to the centre -- of the international stage. And he wants to do that while at the same time consolidating and making more efficient the functioning of a “socialist market economy with China characteristics”. This means that he has no intention of altering, in any significant way, the dominant role of the state in the conduct of the economy which is -- at the same time -- a do or die condition for ensuring the long-term sustainability of the Communist Party rule and its grip on power. However, the fact is that all the economic, financial, trade institutions created after World War II -- except the UN -- were supposed to function on the basis of their members being, basically, market-driven economies.

So, it is a crucial moment at this stage of China’s trajectory to engage in a real dialogue both on strategic as well as on economic issues. Tit for tat trade sanctions or investment restrictions will not address the challenges of a world where two superpowers -- in economic, technological, and relatively soon, military terms -- not only have to coexist but also engage in some kind of positive interaction.

The opportunity for finding long-term answers to this challenge might not exist indefinitely: One important factor -- at least for the moment -- is that China is not aiming at “replacing” the US globally or supplanting it, except that it clearly wants to have a more prominent role in Asia.

It is not looking at solving any crisis or problem in the world, or to shape the world in its image as the US tried to do for too long. Beijing is very carefully targeting the issues on which it wants to assume a prominent role, such as climate change and the definition of economic rules of the game that would take into account its own system.

Frustration in the US or in Europe about the lack of reciprocity in economic and trade relationship with China might certainly be understandable in many cases but then it should lead to strategic thinking and strategic initiatives. Off the cuff tweets and bluster from the White House will not do. They will just feed the argument in China that all of this is just a new avatar of a containment policy against a rising power, and help make President Xi look like the more mature interlocutor and gain in stature among many developing countries.

This is the time when the US would need the conceptual strategic thinking of a Henry Kissinger, or any similar personality, able to ally diplomatic skills with a well-conceived worldview of what the emergence of a new balance of forces will mean for a US whose ability of shaping global events has definitely declined but still exists.

Unfortunately, that kind of personality is not to be found at the moment in the corridors of power of Trump’s Washington. And even if such a personality existed, it would not be heard, anyway.

This is the historical tragedy because, contrary to what many people think, it will be easier for the US to recover domestically from the Trump years than that will be the case internationally. The international damage will be much more lasting.

Claude Smadja is president of Smadja & Smadja, a strategic advisory firm. You can contact him on Twitter: @ClaudeSmadja 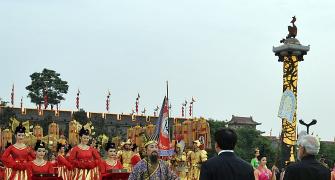 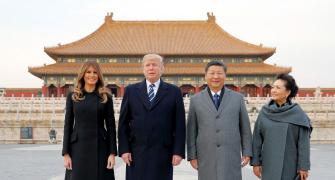 Is China's golden age coming to an end? 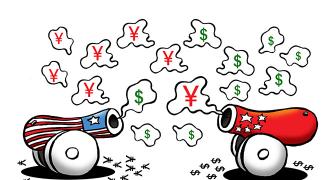 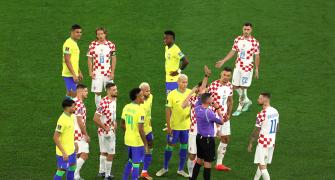 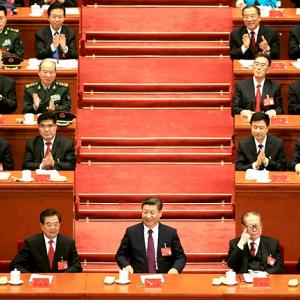 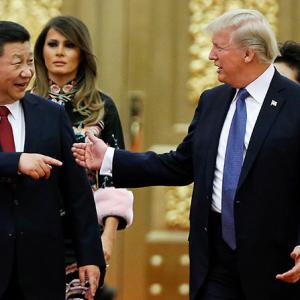