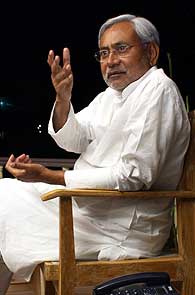 There is more than sufficient space for this amongst the electorate in India that will respond definitively and favourably to a credible alternative. Nitish Kumar has an excellent chance of capturing this space through the inclusive politics of third front formations, says Seema Mustafa.

Bihar Chief Minister Nitish Kumar has the potential of emerging as a rallying force for non-Congress, non-Bharatiya Janata Party political parties, both before and after the elections.

His decision to part ways with the BJP on the issue of Narendra Modi heading that party’s poll committee has come as a relief to those who were worried about the divisive and polarising effect that the Gujarat chief minister was having on the country. The poor counter provided by the Congress party had sharpened this worry that has eased somewhat with the emergence of Nitish Kumar as a possible prime ministerial candidate.

Significantly, his emergence has isolated the BJP with most regional parties now looking for third and fourth alternatives. This isolation reminds one of veteran BJP leader L K Advani’s angry and defiant promise to end the party’s isolation over 20 years ago when the National Front government was in power. He had stormed into the BJP headquarters saying that this isolation would end. And one has to give him credit in managing it, in that the NDA coalition came into existence and into power. Both Advani and former Prime Minister Atal  Bihari Vajpayee had realised at the time that India had entered into an era of coalitions, and both the BJP and the Congress to survive would have to partake of this fare.

Now, in one stroke the Rashtriya Swayamsevak Sangh has again isolated the BJP with all political parties finding it difficult to accept and work with the Gujarat chief minister. Even Tamil Nadu Chief Minister J Jayalalithaa who has come out in praise of Modi, cannot be taken as a certain by the BJP, more so after she withdrew her candidate to support CPI leader D Raja for the Rajya Sabha.

This isolation might thus, prove expensive for Modi and the BJP, more so as there is dissension within the BJP as well as the sangh parivar. The Vishwa Hindu Parishad for instance, has not come out in full support of Modi; and his decision now not to start his Uttar Pradesh campaign from Ayodhya will definitely not go down well with the VHP cadres.

Modi thus has his task cut out for him, in that he has to not just galvanise the party in states like Uttar Pradesh where it is demoralised and apathetic in its responses, but he has to also ensure that the opposition to him is won over. Advani is a formidable foe as he knows the BJP better than others, and while the so called ‘new’ leadership in the party is important, it cannot function effectively in defiance of the ‘old.’

There is a thinking that Modi should have targeted the 2019 elections and that his unbridled ambitions might come a cropper ahead of time. However, the fact remains that the BJP has a chance in the general elections only with Modi, without him the party would have been gasping for breath.

Nitish Kumar, on the other hand, has managed to survive the confidence crisis in Bihar getting support not just from the independents but also the Congress party at this juncture. Interestingly, Kumar dismissed the latter’s support in one half sentence thanking Prime Minister Manmohan Singh for calling him secular, but reserved high praise for the support he had received from the  one MLA of the CPI in the confidence vote.

Kumar is widely admired, even amongst sections of BJP supporters, for his administrative capabilities and the manner in which he has steered Bihar out of the doldrums. This will stand him in good stead in the weeks and months running up to the polls, more so as he is seen as a unifying and not a polarising individual.

Besides on the governance front he is certainly not perceived as second to Modi, more so as Bihar was a far more complicated and poorer state than Gujarat.

The Bihar chief minister will have to acquire a more national image in the run up to the elections, and will need the support of the regional parties. He will have rivals for the top job in Jayalalitha and Samajwadi Party’s Mulayam Singh Yadav and a mix of circumstances and deft politics will determine the final positioning.

However, the elections have moved from a Congress versus BJP battle now into most likely a BJP versus third alternative battle, provided Kumar takes the lead as seems likely.

India is a federal country where a one party system under the Congress turned into a multi-party system after the Emergency. The first alternative to the Congress party came not as a single party BJP, but from a coalition government with Morarji Desai as the prime minister.

Despite the insistence of the corporate class and sections of the media, a two party system is not seen by the majority of Indians as desirable. In fact, regional aspirations work against this altogether, with the political parties in respective states gaining ground over the years.

It is important to note that now regional parties are getting as many, or more, seats in the Lok Sabha as the BJP and the Congress are in specific states. In other words, they are not being confined to the state assemblies by the electorate, that has now been voting for them in higher percentages in the parliamentary elections than for the BJP and the Congress.

Hence this Delhi-level criticism of the regional parties is really out of tune with the rest of India, and in that sense meaningless and almost phobic carping. Coalition politics is coming of age in India, and requires a greater degree of cooperation, trust and understanding between the regional leaders for a non BJP, non-Congress option to work on its own.

There is more than sufficient space for this amongst the electorate in India that will respond definitively and favourably to a credible alternative. Nitish Kumar has an excellent chance of capturing this space through the inclusive politics of third front formations, as a counter to the exclusive politics of the RSS and Modi. 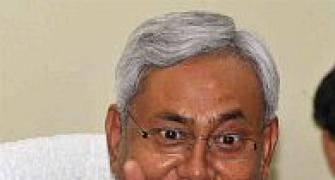 Nitish Kumar is already looking at a third option 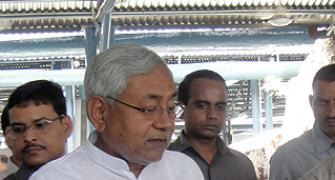 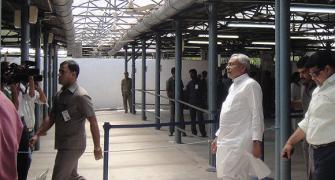 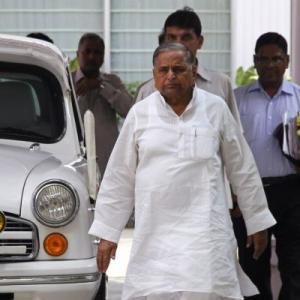 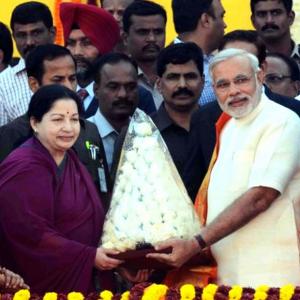