In the aftermath of the Gujarat communal violence in 2002, there was a clamour from intellectuals, academics, social activists and many civic groups for a separate law to deal with communal violence. The result of a sustained campaign is the proposed 'Prevention of Communal and Targeted Violence (Access to Justice and Reparations) Bill, 2011'

A draft of a proposed legislation titled 'Prevention of Communal and Targeted Violence (Access to Justice and Reparations) Bill, 2011' has been put in the public domain. The draft bill ostensibly appears to be a part of an endeavour to prevent and punish communal violence in the country.

Though that may be the ostensible object of the proposed law its real object is to the contrary. It is a bill which if it is ever enacted as a law will intrude into the domain of the state, damage a federal polity of India and create an imbalance in the inter-community relationship of India.

What does the bill in effect state

The most vital definition of the bill is of the expression 'group'. A 'group' means a religious or linguistic minority and in a given state may include the Scheduled Castes and Scheduled Tribes. The bill creates a whole set of new offences in Chapter II. Clause 6 clarifies that the offences under this bill are in addition to the offences under the SC & ST (Prevention of Atrocities) Act, 1989. Can a person be punished twice for the same offence?

Clause 10 provides for punishment of a person who expends or supplies money in the furtherance or support of an offence against a 'group'. The offence of torture is made out under clause 12 where a public servant inflicts pain or a suffering, mental or physical, on a person belonging to a 'group'.

Clause 13 punishes a public servant for dereliction of duty in relation to offences mentioned in this bill. Clause 14 punishes public servants who control the armed forces or security forces and fails to exercise control over people in his command in order to discharge their duty effectively.

Clause 15 expands the principle of vicarious liability. An offence is deemed to be committed by a senior person or office bearer of an association and he fails to exercise control over subordinates under his control or supervision. He is vicariously liable for an offence which is committed by some other person. Clause 16 renders orders of superiors as no defence for an alleged offence committed under this section.

Any communal trouble during which offences are committed is a law and order problem. Dealing with the law and order is squarely within the domain of the state governments. In the division of powers between the Centre and the states, the central government has no direct authority to deal with the law and order issues; nor is it directly empowered to deal with them nor it can legislate on the subject. The central government's jurisdiction restricts itself to issue advisories, directions and eventually forming an opinion under Article 356 that the governance of the state can be carried on in accordance with the Constitution or not.

If the proposed bill becomes a law, then effectively it is the central government which would have usurped the jurisdiction of the states and legislated on a subject squarely within the domain of the states.

India has been gradually moving towards a more amicable inter-community relationship. Even when minor communal or caste disturbances occur, there is a national mood of revulsion against them. The governments, media, the courts among other institutions rise to perform their duty. The perpetrators of communal trouble should certainly be punished.

Thus a sexual assault is punishable under this bill and only if committed against a person belonging to a minority 'group'. A member of a majority community in a state does not fall within the purview of a 'group'. A 'hate propaganda' is an offence against minority community and not otherwise. Organised and targeted violence, hate propaganda, financial help to such persons who commit an offence, torture or dereliction of duty by public servants are all offences only if committed against a member of the minority community and not otherwise.

It is only a member of the majority community who is prone to commit such offences and therefore the legislative intent of this law is that since only majority community members commit these offences, culpability and punishment should only be confined to them.

If implemented in a manner as provided by this bill, it opens up a huge scope for abuse. It can incentivise members of some communities to commit such offences encouraged by the fact that they would never be charged under the act.

Terrorist groups may no longer indulge in terrorist violence. They will be incentivised to create communal riots due to a statutory assumption that members of a jihadi group will not be punished under this law. The law makes only members of the majority community culpable. Why should the law discriminate on the basis of a religion or caste?

An offence is an offence irrespective of origin of the offender. Here is a proposed law being legislated in the 21st century where caste and religion of an offender wipe out the culpability under this law.

Who will ensure implementation of this act

The bill provides for a seven-member national authority for communal harmony, justice and reparations. Of these seven members at least four of them including the chairman and vice-chairman shall only belong to a 'group' (the minority community). A similar body is intended to be created in the states. Membership of this body thus shall be on religious and caste grounds. The offenders under this law are only the members of the majority community.

The enforcement of the act will be done by a body where statutorily the members of the majority community will be in a minority. The governments will have to make available police and other investigative agencies to this authority. This authority shall have a power to conduct investigations and enter buildings, conduct raids and searches to make inquiries into complaints and to initiate steps, record proceedings for prosecution and make its recommendations to the governments.

It shall have powers to deal with the armed forces. It has a power to send advisories to the central and state governments. Members of this authority shall be appointed in the case of central government by a collegium which shall comprise of prime minister, the home minister, and the leader of the opposition in the house of people and a leader of each recognised political party. A similar provision is created in relation to the states. Thus, it is the opposition at the Centre and the states which will have a majority say in the composition of the authority.

What are the procedures to be followed

The procedures to be followed for investigations under this act are extraordinary. No statement shall be recorded under section 161 of the CrPC. Victim statements shall be only under section 164 (before courts). The government will have a power to intercept and block messages and telecommunications under this law. Under clause 74 of the bill if an offence of hate propaganda is alleged against a person, a presumption of guilt shall exist unless the offender proves to the contrary. An allegation thus is equivalent to proof. Public servants under this bill under clause 67 are liable to be proceeded against without any sanction from the state.

The special public prosecutor to conduct proceedings under this act shall not act in aid of truth but 'in the interest of the victim'. The name and identity of the victim complainant will not be disclosed. Progress of the case will be reported by the police to the victim complainant. The occurrence of organised communal and targeted violence under this act shall amount to an internal disturbance in a state within the meaning of Article 355 entitling the central government to impose President's Rule.

The drafting of this bill appears to be a handiwork of those social entrepreneurs who have learnt from the Gujarat experience of how to fix senior leaders even when they are not liable for an offence.

Offences which are defined under the bill have been deliberately left vague. Communal and targeted violence means violence which destroys the 'secular fabric of the nation'. There can be legitimate political differences as to what constitutes secularism. The phrase secularism can be construed differently by different persons. Which definition is the judge supposed to follow? Similarly, the creation of a hostile 'environment' may leave enough scope for a subjective decision as to what constitutes 'a hostile environment'.

The inevitable consequences of such a law would be that in the event of any communal trouble the majority community would be assumed to be guilty. There would be a presumption of guilt unless otherwise proved. Only a member of the majority shall be held culpable under this law.

A member of the minority shall never commit an offence of hate propaganda or a communal violence. There is a virtual statutory declaration of innocence under this law for him.

The statutory authority prescribed at the central and state level would intrinsically suffer from an institutional bias because of its membership structure based on caste and community.

I have no doubt that once this law is implemented with the intention with which it is being drafted, it will create disharmony in the inter-community relations in India. It is a law fraught with dangerous consequences. It is bound to be misused. Perhaps, that appears to be the real purpose behind its drafting. It will encourage minority communalism. The law defies the basic principles of equality and fairness.

Social entrepreneurs in the National Advisory Council can be expected to draft such a dangerous and discriminatory law. One wonders how the political head of that body cleared this draft. When some persons carried on a campaign against the Terrorist and Disruptive Activities (Prevention) Act -- an anti-terrorist law, the members of the UPA argued that even terrorists should be tried under the normal laws. A far more draconian law is now being proposed.

The states will be watching hopelessly when the Centre goes ahead with this misadventure. Their power is being usurped. The search for communal harmony is through fairness -- not through reverse discrimination. 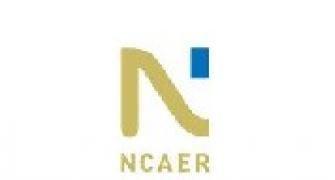 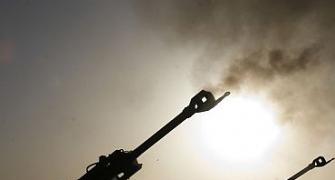