The common man thinks that the stringent Lokpal law promised would take care of all corruption and rid the country of the malaise. It will not, says Mahesh Vijapurkar.

Refusal to pay a bribe normally meant not having your mostly legitimate work done. It meant frustrating delays until the entitled citizen succumbs to the pressure and pays up.

So what is the alternative to grease money? Death?

It would seem so, going by the tragic the lot of a 50-year-old truck driver, Anant Lal, who, when he refused to pay Rs 5,000 to a road transport officer on the Varnasi-Delhi highway in Alinagar. Because the apparently habitual bribe-takers were so enraged at Lal's temerity, they beat him up so badly earlier this week that he died.

This is something new even in India where bribe taking has forced bribe giving to acquire endemic proportions.

Apart from the brutality of the rent-seekers who assume that a government job is a licence to loot, assume that the normally due entitlement is a matter of discretion, exchangeable only for a bribe, the shocker is it happened so soon after Anna Hazare's highly visible and acclaimed high-voltage campaign. A campaign, we should remember, even brought the government to its knees.

How honest the government would be is to be known only when the Lokpal bill is brought into Parliament for deliberations, amendments, and voting into law. Let us assume it would be an honest enterprise by the government and all lawmakers.

But no. Innumerable other cases have come to light across the country since Anna Hazare called of his fast and the government assured the country that a stringent law would be in place. Personal staff of ministers, civic officials, income-tax employees including top officers has been caught accepting bribes.

It is as if the bribe takers have not been awed by the public anger at routine corruption, not just in high places. While, actually, the swell of public opinion and the outcry against the deep-rooted corruption from the petty to the outrageously big should have dampened the enthusiasm for seeking a bribe.

This is worrying. Because, the common man thinks that the stringent Lokpal law promised would take care of all corruption and rid the country of the malaise. That the law would be a deterrence enough to stop anyone tempted to ask in his tracks, fearful of the consequences if the open palm were to be greedily stretched.

Is it because the petty thieves who masquerade as petty officials at the cutting edge of the process of governance are comforted by the fact that there are too many corrupt officials and the enormity of its scale would deter the law from catching up with them?

Perhaps, it is right. They seem to take comfort that they would remain untouched because every other anti-corruption law has not reached its long arms -- we presume it is long, though such presumptions by now are admittedly mistaken -- and won't either in future.

The anti-corruption bureaus, the various other agencies mandated with curbing corruption by finding the corruption and taking them to the courts to be punished, have failed. And so would the Lokpal. And those who are expected to make it stringent are not the ones who would ensure its proper enforcement to make a difference. For it is in their vested interest not to enforce it well.

The odds would remain the same, only the odd person would be caught, and the life would go on with most work done in the government offices under the table than legitimately across it. The calculation is that for every one person caught now, pre-Lokpal. A few thousands go scot free for the best of laws only lumber. The Lokpal would not include the low-level officialdom so it could be life as usual. Even the courts don't work efficiently, for that matter.

This, the common man has to understand. Failing which, a huge disappoint is in store for him -- a brand new law and nothing to show for it on the ground. If that were to happen, then the faith in the system would erode, people like Anna Hazare who have promised that a good law would ensure end of the regime of the corrupt, would also lose their sheen.

The unyielding indifference of the officialdom is scary.

Mahesh Vijapurkar is a commentator on public affairs. 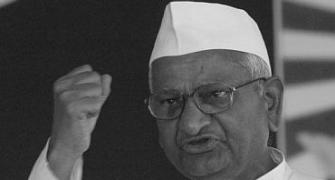 PC would be in jail had there been Jan Lokpal: Hazare 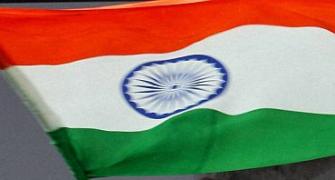 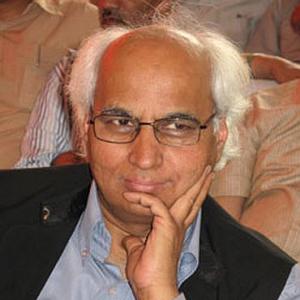