News
Business
Movies
Sports
Cricket
Get Ahead
Money Tips
Shopping
Sign in  |  Create a Rediffmail account
Rediff.com  » News » Let's not end up needing a Lokpal for the Lokpal

Let's not end up needing a Lokpal for the Lokpal

Good intentions aside, setting up a kangaroo court system in a headlong rush with a gun to the head is hardly the best way to fix an undeniably broken system, says Ram Kelkar.

Let's begin by giving credit where credit is due. Anna Hazare and Team Anna have done the nation a monumental favour by bringing the subject of rampant corruption to the forefront, and forcing the political system to come to the table to do something about this vital issue.

While the specifics of the legislation are still being negotiated and many critical issues remain to be resolved, it looks highly probable that a version of a Lokpal bill that was first introduced in Parliament way back in the 1960s may finally become the law.

Whether or not Team Anna has the wisdom to recognise that having made truly significant progress, the need of the hour is to pivot to execution and stop holding the nation hostage remains to be seen. However, like most Bollywood movies, chances are that Team Anna will have started well before the intermission, but fail to recognise when and how to declare The End gracefully.

'Corruption is an insidious plague... that undermines democracy' intones the Jan Lokpal Bill in its very opening paragraph, quoting former UN secretary general Kofi Annan in his foreword to the UN Convention Against Corruption.

Who could possibly disagree with the corrosive effect that corruption has had on India's citizenry, and especially the long suffering middle class trying to live up to its ideals in a world dominated and distorted by the rich and the corrupt?

Enter Anna Hazare, in a real life replay of Peepli [Live]!, on a hunger strike in a fight against the bane of corruption, and offering a magic wand in the form of the Lokpal Bill to solve this insidious problem.

Anna has become a Rorschach test for Indians, and especially the middle classes. People are projecting whatever they want to see on a clearly well-intentioned and passionate individual, and transformed him from a not-so-widely-known social activist and Padma Bhushan awardee into the second coming of Mahatma Gandhi.

Set the stage with a plethora of 24-hour news channels in a country with eighteen official languages, each hungry for content and exclusive scoops that could stoke up ratings.

While most major media markets in the world have just a handful of 24-hour news channels, there are more 24-hour news outlets in Marathi alone than in the United States. Multiply that factoid by all the languages and regions, and you have a veritable cacophony of faux news outlets, hungry for real or manufactured excitement 24/7/365.

It should hardly come as a surprise that a media scrum is going on, with each commentator and each newcaster trying to outdo the others in their support for Anna and The Bill. Breathless 24-hour news coverage churns out newsflashes and updates that are always proclaiming some news about Anna Hazare's condition or comments by some politician as 'breaking news.'

The media's hunger for content acts as an enabler for the governing party and the Opposition to maneuver for advantage, with the former trying to avoid getting blamed for opposing free apple pie for all, and the latter trying to clamber on the Anna bandwagon without having to actually do anything.

The 24/7 all-Anna-all-the time media blitz has struck a chord in India's long suffering middle classes who have thronged on to the streets. They feel that at long last, someone was willing to take up one of their core issues, which was corroding the quality of their daily lives.

The rich never needed to worry about corruption since their minions would take care of the dirty work. Elected officials and bureaucrats took care of their own and never felt the pain. And the poor had more basic needs to address without worrying about such things as bribes they couldn't afford in any case.

Every action has to have an equal and opposite reaction. So the farce continues along predictable lines, with some on the Left expressing indignant opposition to the street protests, since it was the middle class on the streets supporting a fight against corruption rather than their preferred rabble rousers campaigning on the streets for OBC quotas and other pet causes.

Arundhati Roy, the doyenne of the champagne Left, launched a scathing attack on Anna Hazare, questioning his secular credentials and accusing him of supporting 'Marathi Manoos' xenophobia with scarce evidence to support the allegation. Self-appointed 'civil society leaders' expressed concern that fascist forces like the RSS cannot be allowed to hold the country to ransom on the ostensible non-political issue of corruption.

Allowing Anna to speak often led to embarrassing pronouncements, such as the one about the people's parliament being 'higher than the national Parliament.' Nevertheless, Team Anna expertly fanned the flames with their social media-savvy tweeting and blogging, and old-media-savvy press communiques. It was either you are with us or against us. @thekiranbedi tweeted helpfully that 'Aug 30th remains the deadline... if govt does not relent MPs housed (sic) will be encircled.'

Anna, the messiah of the middle class, had the magic solution in the form of The Bill.

And therein lies the irony. Based on the comments from protesters and most of the so-called expert commentators filling up airtime on the television channels, most people have not bothered to actually read what's in The Bill, and the precedents in Hong Kong and elsewhere that it is based on.

The Jan Lokpal Bill version 2.3 lays out the functions and powers of the Lokpal, which include oversight powers in the investigation of offences involving 'any act' of corruption culminating in powers to impose punishment of dismissal, removal or reduction in rank against government servants after giving them 'reasonable opportunities' of being heard.

Wait, there is more. The Lokpal can initiate suo moto 'appropriate action' under the Act on receipt of any information from any source about any corruption. The Lokpal has the power to appoint judicial officers, prosecutors and senior counsels, attach property and assets acquired by corrupt means and to confiscate them in certain cases, recommend cancellation or modification of a lease, license, permission, contract or agreement.

A Lokpal bench may punish a public servant with imprisonment up to 6 months or with fine or both, if he fails to comply with its order for ensuring their compliance. If the Lokpal 'feels' that continuance of a government servant in that position could adversely affect the course of investigations or that the said government servant is likely to destroy or tamper with the evidence or influence the witnesses or is likely to continue with corruption, the Lokpal may issue 'appropriate directions' including transfer of that government servant from that position.

Finally, Section 22 states that the Lokpal shall appoint officers, who may be retired judges or retired civil servants, to act as judicial officers. A bench of judicial officers will conduct an inquiry for imposition of penalty in which 'full opportunity' to show cause would be given. After conclusion of the inquiry the bench shall determine the penalty, if any, to be awarded to that public servant. The decision of the bench will be subject to approval by a higher authority. But this 'higher authority' is to be prescribed by the Lokpal itself through regulations!

A system that is judge, jury, and executioner, with draconian and apparently ill-defined powers and a haphazard system of oversight is not necessarily a better denouement, even if the current situation is untenable.

Per Kiran Bedi herself, the Jan Lokpal bill gained inspiration from Hong Kong's Independent Commission Against Corruption (ICAC) which was established back in 1974. Amongst the ICAC's most important aspects is the separation of the power of prosecution from the power to investigate.

After completion of investigations, the power to prosecute is vested with Hong Kong's secretary for justice. The separation of powers ensures that prosecution is not solely based on the judgement of the ICAC itself. Having an independent judiciary ensures that the ICAC does not overstep its bounds and checks and balances are in place to conduct reviews of all operational procedures to avoid misuse of power.

The ICAC is organised into three departments, and thus besides law enforcement, the ICAC also focuses on the equally important aspects of prevention and education. The Corruption Prevention Department examines practices and procedures of government departments and public bodies to reduce corruption opportunities and offers free and confidential corruption prevention advice. The Community Relations Department educates the public against the evils of corruption and enlists public support in combating corruption.

The ICAC is hardly toothless and has the power of arrest, detention and granting bail, the power of search and seizure, and power of handling any other offence disclosed during the corruption investigation process. However, the law also stipulates that the ICAC may detain an arrested person for a maximum of 48 hours for further investigation and may grant bail to the arrested person.

The results of this well thought out system to root out corruption are in plain sight for the world to see. By all accounts, the ICAC has helped transform Hong Kong in the years since 1974 from a city that was plagued with rampant syndicated corruption to one that is now upheld as among the cleanest in the world.

The ICAC achieved this through a well thought out approach, combining law enforcement, corruption prevention and community education with a team of highly professional and dedicated staff members.

There is little doubt that the Lokpal bill is long overdue, given that the current anti-corruption laws have been ineffective in curbing corruption in an ossified Indian court system which takes forever to adjudicate cases. But good intentions aside, setting up a kangaroo court system in a headlong rush with a gun to the head is hardly the best way to fix an undeniably broken system.

It does not help to be steamrolled into a draconian solution which no one has spent time to review. Let's hope that common sense prevails and Team Anna and the political system agree to a resolution that ensures that a Lokpal bill passes in the very near future, but with due deliberation and thought. Otherwise, we will end up needing a Lokpal for the Lokpal. 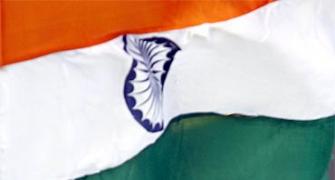 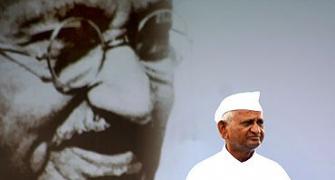 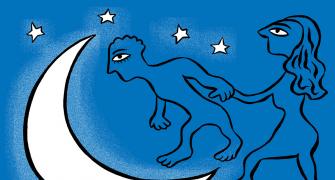 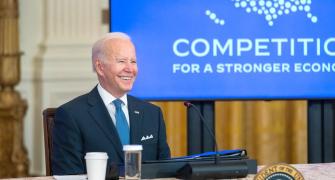 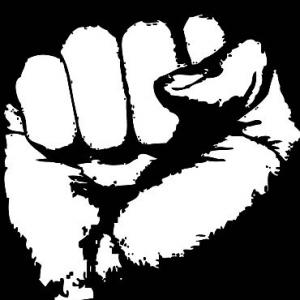 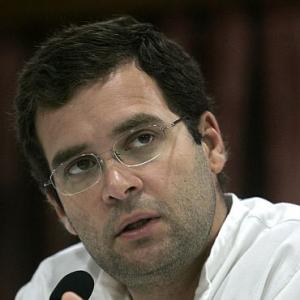