The concept of 'fairness by rulers' is deeply ingrained in Indians and any weakening of this dents the legitimacy of the ruler, warns military historian Colonel Anil A Athale (retd). Long surviving trends in a nation's history are important as they indicate the enduring or near-permanent factors that tend to assert themselves time and again.

This is of even greater significance for a country like India that has a virtually unbroken history going back 5,000 years.

India is not a mere nation-State that exists on the basis of ethnicity, language, or geography, but is a civilisational State that has its own distinct worldview.

The uniqueness of Indian civilisation is its inherent capacity to live with a plurality of ethnicities, languages, scripts, and cultures.

All the world views have been considered legitimate and acceptable.

The consequence of this has been the absence of a 'unified' and centralised State during most of Indian history.

Even the Great Mahabharat War fought sometime around 1500 BC was a battle between two coalitions -- one led by the Pandavas and the other by the Kauravas.

The various 'desh' (kingdoms) mentioned in the accounts of that war like Sindhu Desh (Sindh), Panchal Desh (modern Andhra/Telangana/Karnataka) or Bang Desh (modern Bengal), exist as entities even in the 21st century.

The model most prevalent in Indian history is that of a Chakravarty or a first amongst equal sovereigns who shared sovereignty with other smaller kingdoms.

Cultural unity co-existed with political diversity or the Indian version of 'unity in diversity'.

The Indian past is in direct contrast with another great ancient civilisation, China. In China for the greater part there existed a unified centralised State, one language, one script, and one faith.

The Indian emphasis on the freedom of choice for an individual lends itself to a democratic and federal structure.

This enduring 'virtue' also became a bane when faced with external aggression as political unity was impossible to achieve.

In the entire history of India there are only two instances of a faith-based State.

Ashoka's Buddhist State did not survive much longer after him, and the effort of Aurangzeb to Islamise India failed due to valiant resistance by the Marathas.

For the rest of Indian history -- including that of the Gupta rule that is regarded as the Golden Age of India -- the country was always multi-religious.

Jainism thrived in the West and South and Buddhism had its own pockets of influence in the North, West,and South.

Indian civilisation has never been comfortable with the concept of a unique faith. It is against the basic tenets of Hindutva and a negation of Hinduism.

India, which was often described as the 'Golden Sparrow', reached the zenith of its civilisation during the agricultural epoch of mankind. Most of its philosophical moorings go back to that era.

As a settled urban society, its teachings are different from Abrahamic faiths that arose in a pastoral society.

The technological stagnation of nearly 3,000 years before the dawn of the industrial era meant social organisation also remained static.

India around 2,000 years ago was a meritocratic society.

The four-fold division of society into intellectuals, soldiers, wealth creators, and menial workers was based on Guna and Karma or an individual's inherent ability and his/her actions and work.

The Bhagwat Gita, chapter four stanza 13, describes it as a natural and God-made order.

The Bhagwat Gita also asserts that God resides in the soul of 'all' living beings including human beings.

No foundational Hindu script either lays down restrictions on behaviour, dress, eating or rituals, but concerns itself with duties as human beings and paths to salvation.

There is no religious sanction for birth-based societal division.

In any case. the basic tenets of Hinduism or Hindutva recognises the divinity in all and there is no division of mankind between believers or non-believers etc.

Ironically, almost around the time of the Mahabharat itself, around 1500 BC (the most commonly accepted chronology) the four-fold division of society degenerated to a birth based rigid system.

In the field of security, the country depended only on the Kshatriya so when faced with larger invading armies India fielded smaller numbers.

The only time Indians were able to resist and triumph over the foreign invaders was when in Punjab under Sikhism and in Maharashtra under Shivaji the Great, the ordinary peasants joined the armies.

The decline of these two emerging powers is also directly traceable to the fact that within less than a century both the Sikhs and Marathas became dynastic and lost out on meritocracy and efficiency.

The general intellectual stagnation of society due to birth-based castes made sure that no new knowledge was created and India missed the industrial revolution altogether.

The deeply held birth-based caste prejudice is the reality of India even in the 21st century was a painful eyeopener to me.

On September 22, 2001, I was invited to deliver the keynote address to a gathering of Indian Navy personnel in Mumbai. The occasion was the golden jubilee celebration of INS Angre.

I described how Shivaji the Great was the first modern Indian ruler to realise the importance of naval power and how he built up the Maratha navy from scratch in the 17th century.

At the end of my talk, I was shocked when during the question-answer session, a sailor got up and asked a question about Shivaji's caste of being a non-Kshatriya!

To this sailor, Shivaji the great's monumental achievement of building a navy was less important than the caste in which he was born!

India has suffered immensely in the past due to the birth-based caste system and continues to pay a heavy price due to the continuation of this pernicious system.

There have been many efforts to deal with this evil including the system of positive discrimination in education and jobs.

These have been efforts at social reform, but are still incomplete due to a lack of religious reform.

Thus, anti-Hindu practices like caste or other discrimination between humans persist as vested interests continue to distort the teachings of the Bhagwat Gita.

The final straw in these anti-Hindutva measures is the recent move to make the teaching of the Bhagwat Gita compulsory.

The Gita itself in chapter 18, stanza 67 clearly states that the Gita should not be preached to those who are either unwilling or against it.

In this 75th year of Independence it is necessary to bust another myth -- oppressive British rule.

Throughout the near 90 years of British rule, it is a matter of record that the number of Britishers in India never exceeded 1.5 lakh.

This tiny number of British citizens controlled a country of 300 million only because a large number of Indians worked for them and an even larger number accepted their rule.

Indians abhor anarchy and the British brought in the rule of law that was fair to all Indians (except when it concerned another British citizen).

This model of good governance gave rise to the saying that in the British Raj one could tie gold to a walking stick and travel from Kashi to Rameshwaram.

The British rule of law appealed to the Indian sense of dharma or righteousness and was accepted willingly.

It was Gandhi's genius that the passive resistance strategy destroyed the 'legitimacy' of British rule by forcing them to use violence against unarmed and peaceful agitators.

In the recent past during the internal Emergency, the rulers lost the 'legitimacy' and were suitably punished electorally.

The concept of 'fairness by rulers' is deeply ingrained in Indians and any weakening of this dents the legitimacy of the ruler. 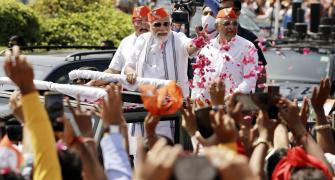 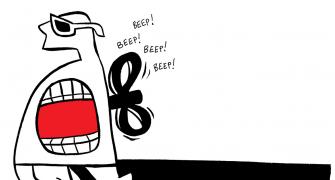 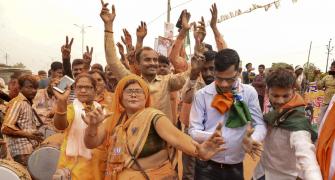 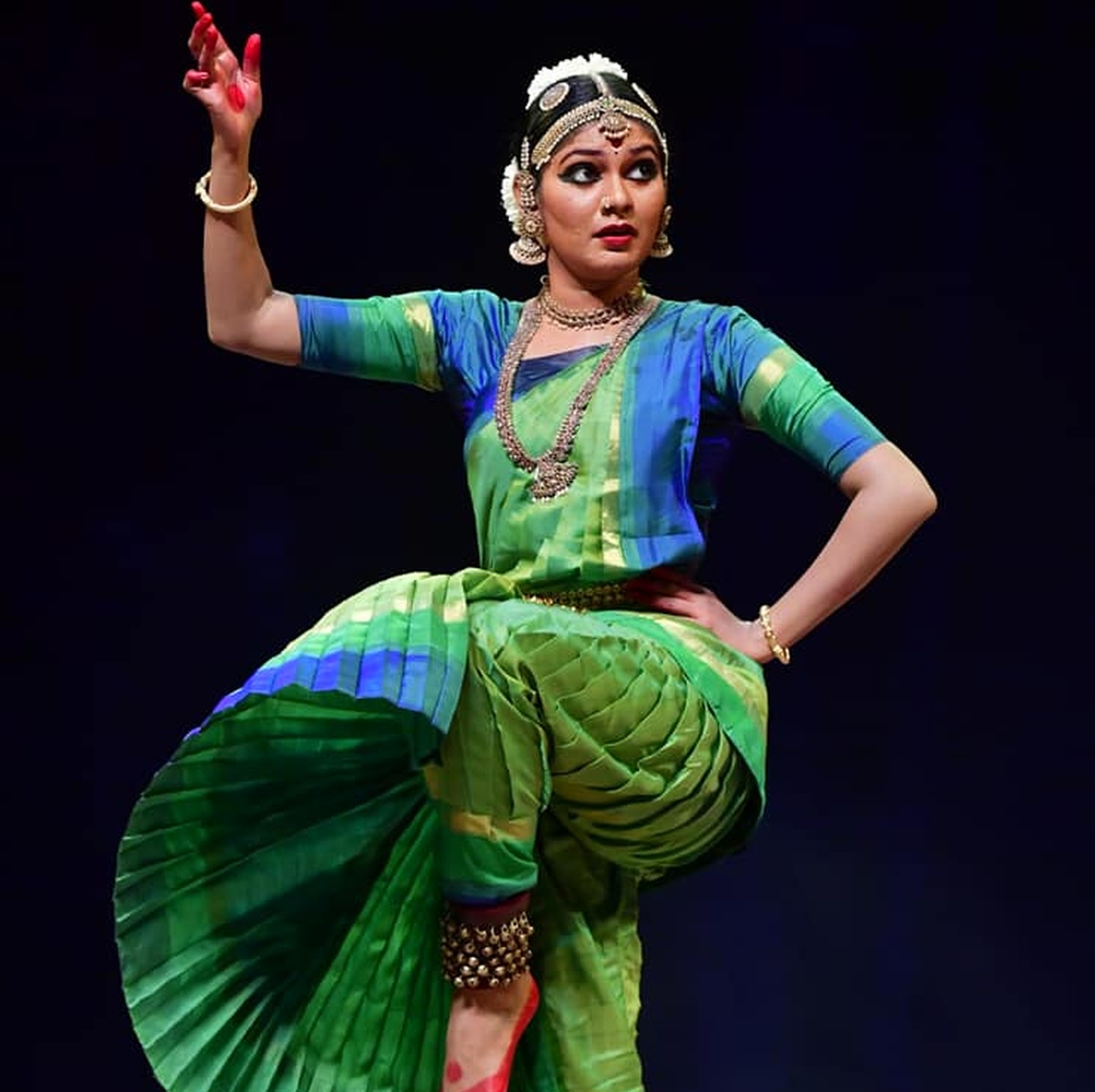 Why Mansiya Could Not Dance In A Temple