An open letter to the new Chief Election Commissioner

Making the electoral process inclusive and giving voting rights to the maximum number of citizens is worthy cause to make our democracy better, says Col (retd) Anil Athale.

Felicitations on taking over as a Chief Election Commissioner. Indian democracy owes its success to a very large extent on the stellar role played by its independent Election Commission and your many illustrious predecessors. Along with the Chief Justice of India, you are possibly the second most important constitutional authority.

Of late there has been concern voiced by many eminent persons from all walks of life on the lack of leadership at the political level and its detrimental effect on the future of the county. While this author shares that concern but also feels nevertheless that good governance is not the job only of political leadership but is also of persons in other important constitutional positions. It is in this spirit that a common citizen like me is venturing to write to you.

One is well aware of the efforts being made at sensible electoral reforms by the Election Commission that have been stuck due to the vested interests of the politicians. It is a matter of shame that we have been unable to prevent criminals from getting elected. Be that as it may! But since you have the full authority in 'conduct of elections' there are many steps that you and the election commission can take that will make the elections more inclusive and effective.

There are three issues that I wish to flag for your kind attention. The first is the scandalous situation where de-facto 36 lakh citizens of India are denied their voting rights. Let me elaborate. Close to 14 lakh soldiers/sailors and airmen, 9 lakh personnel of para-military forces are effectively denied their basic democratic right to vote. The nature of their job is such that most of them (including this author) have managed to vote only after retirement. A simple exercise by you can easily find out how many of the uniformed men get to vote in elections. While the EC takes great pride in reaching the remotest location where even 30 voters are located, it forgets the 4,000 odd soldiers in Siachen? Are the unformed citizens children of lesser God?

In July 1945, even in the midst of the World War II, the British ensured that soldiers on the battlefield got to exercise their vote. In our case today, with the availability of electronic communication, armed forces infrastructure and expertise in information technology, is it impossible for the EC to take the virtual voting booths to the soldiers/policemen? Since most of our elections are held in phases there is enough time to carry this out. This falls fully within your ambit and does not need any intervention by Parliament.

It is indeed commendable that the EC has virtually eliminated the menace of booth capturing. But it is time that the EC stops resting on its laurels and moves ahead. It is time we increased popular participation in the electoral process. In many countries the election booths are open at selected places even before the day of 'general' elections. This ensures that people with travel plans or other commitments still get to vote thus increasing the voter participation.

In case of our elections that stretch over a month, a similar measure can be implemented to say keep open an EVM at selected locations like collector office/tehsil office etc for a longer period. There will be no need for any extra security and the burden will be limited. The voters who wish to avail of this facility can be obligated to carry two authentic identifications so that there is little chance of fraud.

The third and last issue that I wish to bring to your notice is the issue of simplification of voter registration. While everywhere else we have gone for net-based solutions, for voter registration we still rely on old and archaic methods. It is invariably the highly mobile youth that loses out in this. With super computers and databases now available it should be possible to also deal with the menace of 'double voting'.

With the elections in many phases and spread over a long period, many 'enterprising' persons have registered themselves in more than one place. Many citizens vote at their village as well as the city they work in! Eliminating this malpractice should be one of the priorities of the EC.

Many institutions of governance have lost their power to the judiciary due to inaction. Must the EC wait for the courts to direct it to put in place a system whereby the men in uniform get their voting rights in fact and not merely on paper? Similarly must we wait for a PIL by citizens to do a thorough national overhaul to eliminate the menace of double voting! The choice is that of the EC to be proactive or be like the Parliament that has lost its power to the judiciary and civil society groups by refusing to act and reform.

Former CEC T A Seshan showed us what can be done within the existing law and never waited for the legislature to clean up the electoral system and bring in needed reforms. Making the electoral process inclusive and giving voting rights to the maximum number of citizens is worthy cause to make our democracy better. 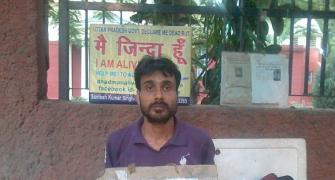