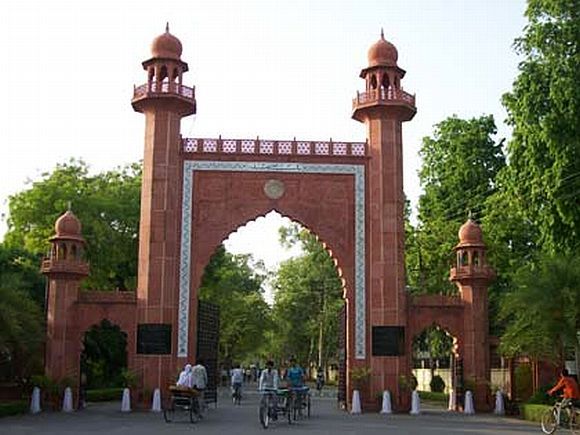 While the row over allowing women into the AMU library has been wrongly portrayed, it does not mean gender biases are non-existent in AMU. The campus does have its own share of all kinds of cultural and ideological prejudices prevalent in the world outside. The AMU campus is not a segregated island, says Mohammad Sajjad.

During the last few days, Aligarh Muslim University has been in the news for all the wrong reasons. Though this institution is an outcome of Muslim response to the colonial modernity in India, in quite a large circle, people prefer to see it in a certain kind of stereotype formed about Muslims in general, and about India’s Muslims in particular.

The ‘culpability’ of constructing such a stereotype is not confined to non-Muslims alone. An alumnus of AMU and passionate supporter of the idea of Pakistan who served in the civil services of Pakistan, Mukhtar Masood, in his memoir of wonderful prose, Awaz-e-Dost (A Friend’s Call), wrote, 'Aligarh ek chhota sa Pakistan hai, aur Pakistan ek barhaa sa Aligarh (Aligarh is a mini Pakistan, and Pakistan is a mini Aligarh).

In such a scenario, people tend to forget the fact that the AMU symbolises Muslim response to modernity in south Asia.

Jawaharlal Nehru, in his Discovery of India (1946), observed that the near-absence of new middle classes among Mulims was an impediment in the way of Indian nationalism in the 19th century, which R C Majumdar in his classic text-book, Advanced History of India sort of elaborated by saying, 'It would hardly be an exaggeration to say that no single institution has done so much for a community as this college for the promotion of higher education and modern culture among the Muslims. Sir Syed Ahmad Khan was an ardent patriot and nationalist'.

True, Syed Ahmad (1817-98), the founder of the MAO College in 1875-77 -- which eventually became AMU in 1920 -- was not a very passionate campaigner for women’s education. He was apprehensive of alienating his targeted population away from the project of modernity if he took up all ‘radical’ issues at once. On this particular issue, he was, therefore, in disagreement with a few of his contemporaries including Syed Mumtaz Ali (1860-1935) of Lahore. The latter was a campaigner of women's emancipation through modern education and edited an Urdu weekly, Huquq-e-Niswan, for the purpose.

But Syed Ahmad was being pragmatic about his project of modernity and was, arguably, living within the limitations of the 19th century. On this particular count, the observers of our age looking into that past of India, may not compare him favourably with the likes of Jyotiba Phule. But unlike Raja Rammohan Roy, Syed Ahmad was not discriminating against women in his own private domains in any glaring manner. There were differing visions of modernity even within the Muslims of India.

Regardless of whether we appreciate or condemn Syed Ahmad on these counts, the absolutely undeniable fact of history remains that his comrades of the Aligarh movement, did come forward for modern education to women and launched a girls’ school in 1906, which went on to become the Women’s College in 1936, and this college did produce ‘radicals’ like Ismat Chughtai, among many others.

Time and again, the AMU is cornered to wear its patriotism and progressivism on its sleeves; it has to shout and demonstrate to prove such credentials, yet most often it remains unheard. This is not to say that the AMU is an island away from the socio-cultural realities of India. It has its share of all kinds of social tendencies and cultural prejudices found in the uniquely diversified India.

Syed Ahmad was not living a life of contradictions on the issue of women's emancipation. Even though every reformer of 19th century India had his limitations and had their projects confined to certain sections, yet, in a few shades of the narrative of Indian nationalism Syed Ahmad carries some kind of burden which Raja Rammohan Roy, and almost every other reformer of the 19th century, did not carry.  Syed Ahmad and his enduring contribution, AMU, are made to carry that burden -- a haunting stereotyping -- which is a cause of discomfiture and concern for its associates.

The recent onslaught of the media against the AMU should be understood in this historical (and contemporary) perspective. Even most progressives in the Indian media were no exception to selectively ignoring some important realities about the gender row on library membership in AMU. It is this prejudice prevalent even in the informed segments of Indian population that tend to portray AMU in predetermined colours of regressivism. So much so that even chauvinist organisations came out in the open to condemn AMU’s alleged gender insensitivity. And it was precisely this prejudiced misreporting by the media, tarnishing the progressive image of the AMU, which attracted the massive students’ protest against the media on November 12.

Let us therefore try to understand what was irksome about the media for the majority of the AMU-ites.

The main library of the university, established in 1960, named after Maulana Azad, caters to all the postgraduate, professional undergraduate students, boys and girls. This is besides the departmental libraries, also called ‘seminar library’, some of these wonderfully rich. There are also book banks, reading rooms, and coaching guidance cells in each hall of residence for the students, both boys and girls. In addition to that the residential coaching academy and its library are another co-education spot.

The Women’s College imparts undergraduate programmes in conventional, non-professional courses. Anywhere in India, to the best of my knowledge, the students of affiliated colleges are not given access to the main library of the university. This is true of the colleges of Delhi university as well. Obviously, therefore, there has not ever been any feminist protest from Miranda House or Indraprastha College against their non-access to the central reference library of the Delhi university. So is the case with the Mahila Mahavidyalaya of Banaras Hindu University.

The media and feminists among the AMU’s insiders, however, have chosen to ignore some of the better ‘gender’ provisions practised by the AMU. For instance, the principal of the Women’s College of AMU is a permanent member of the executive council, practically the highest decision-making body of the university; the teachers of AMU’s Women’s College, on seniority, do become professor, chairperson and dean of the departments and faculties of the AMU. This is unlike BHU and DU where one has to quit the services of its colleges and get recruited to the postgraduate departments (in the main campus) afresh, to become professor, chairman, and dean in the main campus.

Women have served as proctor to look after the law and order on the AMU campus. AMU’s swimming pool and the horse riding club also have women members.

Nonetheless, this is certainly not to suggest that all is well with the library of the Women’s College of AMU. The library of the college does need much improvement. Many insiders, including the newly-elected students’ union of the college, as well as the students’ union of the AMU, complain that this library is awfully under-provisioned. I am told that besides augmenting the library, a swimming pool and a gymnasium club exclusively for the Women’s College is under active consideration.

Fund constraints could be there and we hope that the kind of sensitivity which has been displayed by the minister for human resource development, they will soon release sufficient funds for this. And the media, so committed for gender progressivism will certainly come forward to mount pressure on the government to provide everything for the infrastructure up-gradation of the AMU Women’s College.

Interestingly, the ministry asked the AMU for certain facts related to the issue, and before the university could furnish the factual details the minister herself had already subscribed to the prejudices maliciously spread by the media. The minister, Smriti Irani, didn’t have patience of even a few hours.

This is also not to suggest that gender biases are non-existent in AMU. I do reiterate that the AMU campus does have its own shares of all kinds of cultural and ideological prejudices prevalent in the world outside. The AMU campus is not a segregated island.

Mohammad Sajjad teaches history at the AMU, and has authored two books: Muslim Politics in Bihar: Changing Contours (Routledge, 2014) and Contesting Colonialism and Separatism: Muslims of Muzaffarpur since 1857 (Primus, 2014). 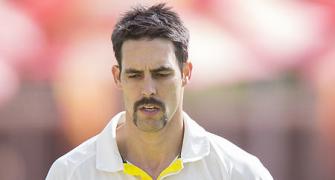 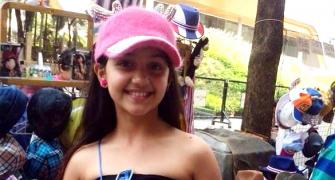 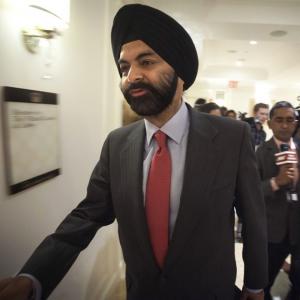 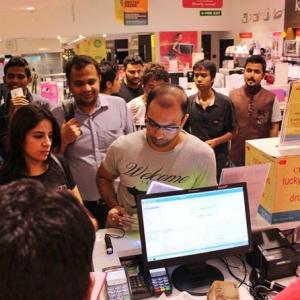