News
Business
Movies
Sports
Cricket
Get Ahead
Money Tips
Shopping
Sign in  |  Create a Rediffmail account
Rediff.com  » News » 'They all asked about Pele and said they loved Brazil...'

'They all asked about Pele and said they loved Brazil...' 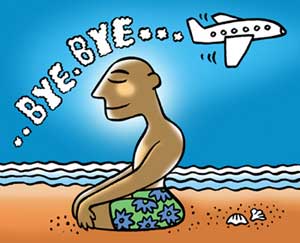 'Fiqui tranquilo' is the Brazilian mantra that I have learnt living here: 'Keep cool' is its colloquial translation to do justice to the spirit of Brazil.'


"It was all so different and yet I felt so much at home," said the Brazilian environmental scientist who had just returned from Delhi.

She had gone to India for a month and had come back highly excited, both professionally and personally. We had sponsored her visit from the embassy and on her return she had come to meet me to advance our common agenda on some issues.


"How was it different and how come you felt at home?" I asked her partly for corroboration of my own hunch in this matter and partly out of politeness.

I am all set to wind up and leave Brazil having spent four years as the Indian Ambassador and my feelings as I reflect on Brazil and my time here are similar: So very different in many ways, and yet some common endearing features for an Indian.

But first her reaction.

"Oh, so different. I loved Delhi the moment I stepped out at the spectacular airport. So much like the first world, compared to our chaotic Sao Paulo airport. But then driving into the city was so scary. And why are people in such a rush and so impatient. In the plane itself, they could hardly wait for me to pick up my bag; there was such a scramble to deplane. Also why do they run to the immigration counter?

"But at The Energy Research Institute, they were so courteous and kind. Always helpful, despite my bad English and so many people wanted me to visit their home. And they all asked about Pele and said that they loved Brazil..."

She went on breathlessly confirming in her impressionistic account, my own theories of how different and similar we are.

Can the same be said in a comparison of every country with India, whether Sweden or Saudi Arabia? I doubt it.

To begin with the similarities. Obviously there are the objective factors of bigness: Brazil is huge, two-and-a-half times the size of India and cities like Sao Paulo look and pulsate like Mumbai.

Huge crowds too as the country has nearly two hundred million people: For us not such a big number may be, but actually the fifth largest population in the world. Add to that a truly multi-racial and multi-ethnic nation and you tend to see Brazilians of all shapes, sizes and hues standing in long queues everywhere.

The economic visage of the country that a visitor sees is also broadly comparable with a two trillion plus dollar economy that continues to grow and plenty of disparities between the rich and the poor.

Driving through a Brazilian city, an Indian will see the sights of congested traffic, cheerful pavement hawkers, crowded shops catering to the middle class, newly built super malls beckoning the affluent and so on, all familiar features. So it was not a surprise that my visitor had felt at home with the bustle of an Indian city.

It was again not a surprise to me that some behavioural traits that she had seen had shocked her. Did I mention the queues a moment ago? Let me start with that as an example.

Imagine this: I have boarded an internal flight to Rio de Janeiro and as is fairly common, the flight has been delayed, the gate changed at the last minute, the announcements made only in Portuguese leaving a number of foreigners frantic -- other foreigners, not me, since I long ago turned native.

Okay. We start boarding. The elderly and the pregnant are asked to go first. An old lady limping along enters the plane and as she tries to find her place towards the back, stops mid way, and starts asking the air-hostess whether she cannot sit in the front.

About ten people are already behind her in the plane and about a hundred others in the boarding queue. Is there pushing or jostling? Expressions of exasperation or jaldi karo? Does anyone at least ask her to hurry up? Absolutely no.

After all these years, I am still struck by the patience, fortitude and sheer acceptance of Brazilians.

I was once in a plane which actually landed at another destination because of some complication which no one understood. I seemed to be the only agitated soul arguing ineffectually about the inconvenience; the rest were as unperturbed as a sadhu in samadhi or perhaps more appropriately in Brazil, as a supine body on a beach.

Is everything easy, then? Not necessarily. The procedures and processes can be tortuous, inflexible, and cumbersome, testing patience. But patience is an attribute available in plenty. In all my time I never saw raised voices, let alone clenched fists. Brazil does have a concept comparable to jugaad and it is called 'jeitinho: The art of finding an alternative route to your objectives, but it seems to work only for complicated bureaucratic practices.

In day to day life, it does not seem to work. I once went to a video shop to borrow the DVD of The City of Gods, the famous Brazilian movie set in the infamous favelas, the slums in Rio.

I was accompanied by my Brazilian secretary, was duly introduced as the Indian Ambassador, had my ID card, credit card etc. However, the shop assistant refused to rent it to me unless I produced the proof of my residential address or a tax return acknowledgment, both a bit difficult for a diplomat.

No amount of persuading or cajoling helped as he kept insisting that it was the 'procedure'. My secretary too found it perfectly reasonable. I kept telling her and the shopkeeper that this was not an official negotiation of any significance, but merely a simple commercial transaction where the shop stood to benefit with no risk. But, no, the smiling attendant kept telling me till I had to give up.

What accounts for such unique and inexplicable traits, the amateur sociologist in me keeps wondering. At the root of such attitudes is the propensity of Brazilians to avoid argument or any form of conflict, at any cost. Some cultures value bravado and aggression, others revel in argumentation, and yet others like Brazil do not tolerate intolerance and emphasise 'homem cordial' or the cordial man.

'Deixa a vida me levar -- 'Let life take me... wherever' goes the famous Samba song by Zeca Pagodinho signaling the acceptance of wherever the road may lead. 'I have been through almost everything in life. I am not wealthy, but am waiting for my turn,' continues the song conveying a sense of patient fatalism and passive queuing. No wonder the lady scientist could not relate to our rush and restlessness.

What characteristics did she find in India that made her 'feel at home'? The closeness of families, the love for children, the spirit of festivals and holidays, the popularity of dance 'item numbers' and tear jerkers on Indian television so much like the novellas -- the soaps on Brazilian television, the passion for cricket and Virat Kohli comparable to football and Kaka in Brazil.

As she said so similar and yet in some ways so different.

So as I reflect about what living in Brazil may have taught me, I find it serendipitous that its message for me is also a central message from my own civilisational and philosophical inheritance.

'Fiqui tranquilo' is the Brazilian mantra that I have learnt living here: 'Keep cool' is its operational and colloquial translation to do justice to the spirit of Brazil. A more ponderous and Indian translation will be 'Stay tranquil', a quintessential Upanishadic thought.

B S Prakash, the Indian Ambassador in Brazil, retires from the Indian Foreign Service this month. Happily, he will continue to contribute his fascinating columns to Rediff.com

He can be reached at bspraka@gmail.com

You can find more columns by Ambassador Prakash here. 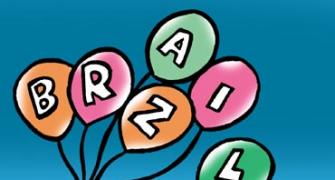 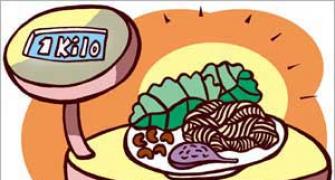 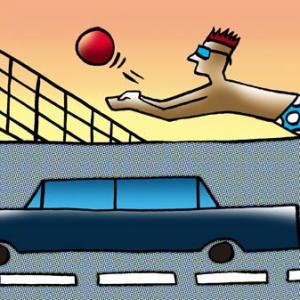