A bhakt decodes the Modi phenomenon 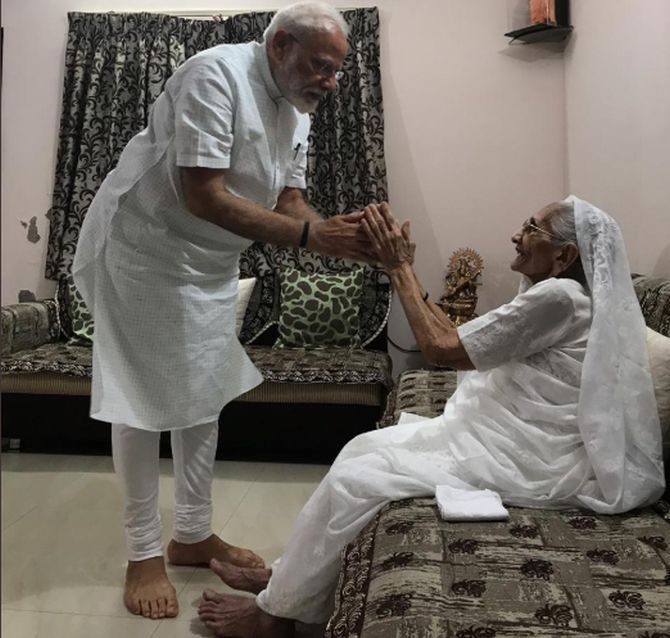 'For once and for all it is clear that majority of Hindus did not vote for development, but their hate for minorities! Weep my country, weep!'

This comment from a left-leaning liberal explains the reason why political commentators and observers on the left of centre fail to grasp the Modi phenomenon.

By collapsing the entire group of Narendra Damodardas Modi supporters into one narrow definition under the word 'bhakt', they did a great disservice to their own parties and to their own strategy.

'Bhakt', as defined by folks on the left or left of centre is a person who supports Modi and believes in the following; Hyper-nationalism, minority hatred, orthodox Hinduism, sexism, racism, casteism and fascism.

While it is true that shades of the extreme are there among 'bhakts', it is also true of every party, every ideology and every religion.

The reason why the idea that this definition of bhakts and their expression in the form of their vote has propelled Modi to power is wrong, is because the math just does not work.

The National Democratic Alliance received a massive mandate, with the BJP alone getting more than 300 seats. It is impossible to get such a mandate unless somehow overnight the BJP and Modi have converted a majority of Indians into bhakts as per the narrow definition of that word given above.

I do not, cannot, buy the idea that more than 50% of the voting population has become minority-hating Hindu extremists.

It just cannot happen in India with its massive diversity.

Let me try to explain my reasoning behind the Modi phenomenon through my own lens and as a person who considers himself a true liberal. I am an atheist, an anti hyper-national for I hate the idea of playing the national anthem in movie theatres, anti-jingoism for I place an armyman and a clerk in the same rank when it comes to service to the nation, I believe that citizenship is basically a social contract between the citizen and society which gives him a passport, and patriotism is a positive emotion when it is restricted to a simple admiration for a nation and what it stands for and what it has achieved for its people.

I will try to address the Modi phenomenon using the same terms and issues that the anti-Modi folks try to brand us with, but from the perspective of the vast middle which in fact was responsible for the prime minister's massive mandate.

Secularism is a sacrosanct word and is a sacred principle in any modern democracy. The separation of Church and State is an aim every country and society should strive for. It means building a society with modern principles and ideas as the bedrock of its laws.

Successive Congress governments have used secularism to create a youngest kid syndrome in our society when it came to minorities.

The eldest kid meanwhile is held to a far higher standard and attached far greater responsibility and is censured every time the eldest kid complains about the wayward ways of the youngest kid.

The youngest kid is defended despite the apparent transgressions.

The Hindu majority, over the last 20 years, especially after the bad handling of the Shah Bano case, started to realise this about Indian secularism.

This created a sort of resentment in educated, right-thinking Hindus over why should Hindus alone bear the responsibility of creating a modern secular democratic society while no responsibility for such a creation is attached to the minorities.

The non-implementation of the uniform civil code is seen by many Hindus as a clear appeasement policy where the minorities can live as per the laws of a much older time while demanding that their personal laws, however archaic, be respected.

This created an intellectual friction between liberal right-leaning Hindus and liberal leftists.

When the liberal centre-right Hindu questioned this appeasement, we were immediately branded communal. This created a resentment which has grown ever since.

Growing up in 1980s India, I experienced first hand an utter lack of pride in anything Indian. We assumed that anything and everything West was superior. It might be attributed to many years of foreign rule. It can also be attributed to the historians raised on a steady Marxist feed that did not tell us much about our illustrious past.

For instance, I never learnt in school that India contributed the maximum to the world's GDP in the 1800s.

I was not told about yoga or the glory of the Cholas or the loftiness of the Upanishads.

Our history books dedicated more chapters to events from 1200 AD than events before.

There was some kind of shame in admitting that something about India is good. We were raised to respect more a person who speaks flawless English than the chilli trader who stands in the heat and dust and does business but cannot speak English well.

There was a time, just a few decades back when if someone had said that turmeric is a great antiseptic, it would have been dismissed by the convent-educated liberal as rubbish and a baseless belief. But now scientists in the West have discovered the medicinal properties of turmeric.

Yoga was never a big thing till the West created the yoga revolution. Nothing traditionally Indian was considered good unless there was a Western stamp across it with absolute Western approval. We saw how a company attempted to patent basmati rice and someone else claimed specific yoga poses as their own invention.

After the opening up of the Indian economy in 1991, Indians started experiencing a more vigorous and positive idea about themselves and their place in the world.

We started to realise that we had a great past through our own learning about India pre 1200. We saw how the world accepted yoga and how secular was the general character of our religion.

We realised our contribution to math and science.

While there are extremists who believe that we had jet fighters and space shuttles and nuclear weapons, a lot of us dismiss such fantasies but otherwise strongly believe in our scientific heritage and social consciousness.

In Modi, we believe that there will be a restoration of India's pride.

We believe that Marxist-controlled history would see a change and Indian kids will learn more about their country than what we did when growing up.

We also believe that there will be a sort of better recognition of a lot of great characters in Indian history than the usual suspects we were asked to respect more than the others.

This is not hyper-nationalism. This is pure, simple pride in our country's illustrious past and its future potential.

Successive Congress governments definitely improved India's defence capabilities. But for many reasons, including a more aggressive and pro-active approach to external threats to a more practical and focused approach to India's internal security threats, we feel the Modi government is better equipped and has a better policy in place.

Security, external as well as internal, has nothing to do with religious bias but everything to do about a practical understanding of the threats and nipping them in their bud and we felt the Congress government was not capable of effectively controlling it. So on this point also, we overwhelmingly gave our approval for Modi's policies.

Security also benefits greatly from gaining a big moral advantage on the international scene where the only remaining superpower does not penalise us for taking a proactive action against an enemy country which continues to wage a proxy war.

In this regard, Modi's massive mandate by the world's largest democracy not only bestowed a lot of respect on the office of the Indian prime minister but his own personal quest to meet and talk to every leader in the world and engaging with them at a social, political and economic level ensured that the world sees India as a very important partner, realises our potential and supports us across all aspects of nation to nation relationships.

We voted for Modi because he distinctly elevated India's status among the comity of world nations.

Demonetisation was a failure. We admit it, either openly or secretly. But we do not question the intent. There was nothing sinister in the intent.

In fact, despite the many misses in our economic policy, we only feel that while the intent was there, the implementation went bad.

We feel that intent is more important and so we hope that Modi will pick another, more capable one to lead some of the most prestigious and important ministries and avoid such missteps in the second term.

We did not want to punish him for his right intent, we wanted to give him a huge mandate so that he gets a chance to correct his course of action.

While we know that democracy within the party as well as outside of it is all about consensus, consensus-driven decisions slow down development, especially in a diverse country like India.

We need one strong voice with absolute decisive power to push forward. There will be misses but we hope there will be a lot of hits.

But in a consensus only driven approach with no strong decisive leader at the Centre, every reform -- be it social or economic -- will be pushed out into the future which will delay our push for a place in the world's elite.

Even P V Narasimha Rao had an emergency on hand which compelled him to push forward the economic reforms. We want a strong leader who will not wait for such an emergency.

We see that strong leader in Modi and unfortunately or fortunately there is no alternative.

The main Opposition leader has zero administrative experience even though we believe he has a ,strong>kind heart.

We need strong, proven leadership at this stage of our development and this mandate was overwhelmingly for that core leadership strength and administrative and political experience to navigate through rough waters.

The vast middle that comprises of individuals like me want strong leadership, right intent, decisiveness, a zeal to increase India's pride in itself and its great past, strong integrity and the ability to seal internal differences like caste and region and make us root for an individual who we see can deliver all of the above.

Think of it like this. When Sachin Tendulkar bats, no one in India cares if he is from Mumbai or if he is a Hindu or a Brahmin or whatever, we just want him to win it for India.

The same is with Modi and the people who voted across caste and regional lines for him.

We want him to win it for India.

Madhu AK is an ISB grad and a proud Modi bhakt. 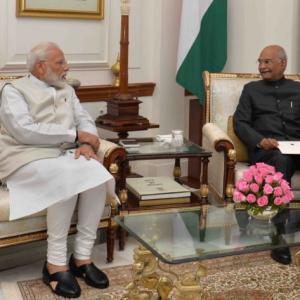