Xi does not want to risk any political or economic crisis complicating his bid to remain in office, observes Ambassador Shyam Saran, the former foreign secretary. 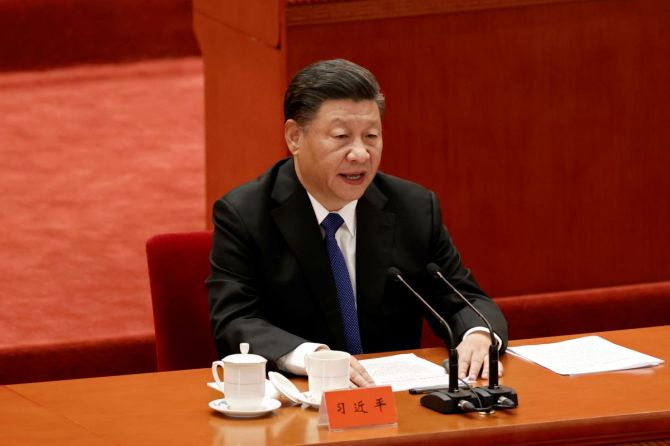 IMAGE: Xi Jinping, general secretary of the Communist party of China speaks at a meeting commemorating the 110th anniversary of the Xinhai Revolution at the Great Hall of the People in Beijing, October 9, 2021.Photograph: Carlos Garcia Rawlins/Reuters

The 20th congress of the Communist party of China is slated to be held towards the latter part of this year.

The congress will decide whether Xi Jinping will get another five-year term as the country's top leader.

Several other top leaders are due to retire and it is expected that Mr Xi will bring in replacements from his own faction to consolidate his position.

Mr Xi does not want to risk any political or economic crisis disrupting the smooth passage to the congress and complicating his bid to remain in office.

It is against this background that one should assess the outcomes of the annual central economic work conference held in Beijing from December 8 to 10.

The annual conference sets the overall policy guidance for the country's economic managers within the overall framework of the five-year plan.

The conference was particularly important because this is the first year of the implementation of China's 14th five-year plan.

The watchword in the report of the conference is the 'maintenance of macro-economic stability in 2022.c

The report explicitly links this to the convening of the 20th party congress: 'The meeting stressed that the 20th Party Congress will be held next year. This is a major event in the political life of the Party and the country. Therefore, we must maintain a stable and healthy economic environment, a peaceful and secure social environment and a clean and appropriate political environment.'

While lauding the various economic successes achieved so far, the report spells out the various pressures and risks that must be tackled in the run-up to the Party Congress.

These are 1. declining demand; 2. supply shocks; and 3. weakening outlook for future growth.

Domestic demand is sluggish because, as pointed out by China analyst Michael Pettis, Chinese households retain about 55 per cent of GDP while in Western economies, typically the figure is 70-80 per cent.The share of the government has remained very high and this has so far been invested in infrastructure building or financing manufacturing rather than expanding social service and welfare expenditure.

As Professor Pettis has argued, the easiest way to raise household share of income and domestic consumption would be to raise wages, but that is resisted by the Chinese authorities.

Mr Xi's answer is Common Prosperity, which includes income redistribution from the rich to the poor through increased social welfare expenditure and also through encouraging philanthropy by rich companies and entrepreneurs.

While the goal of Common Prosperity has been reiterated in the conference document, it is interesting to see a clarification that the intention is not to take from the rich to give to the poor, but to make the cake bigger and then to achieve 'better division'.

More importantly, this redistribution is said to be 'a long historical process'.

Therefore, one may not see any drastic action on this score.

The proposed property tax, which has been on the anvil for quite some time, may again be deferred.

To deal with supply shocks, the conference laid the stress on removing supply side constraints in the domestic economy, identifying what it calls 'choke-points' in domestic circulation and improving logistics networks.

The report blames the negative outlook for the economy on the uncertainty generated by the pandemic and a more complex external economic environment.

Reference is made to the fact that the world is witnessing 'changes unseen in a century'.

This external complexity and uncertainty also means that China should become more self-reliant.

Though the report does not set a target for GDP growth for 2022, the Chinese academy of social sciences has reportedly said that China will grow by 5.35 per cent next year.

Chinese leaders appear to be preparing public opinion for an era of much slower growth.

The Chinese property and property-related sectors, which contribute 28 per cent to China's GDP growth, are currently under a cloud with continuing defaults by China's biggest property firm, Evergrande.

Other property firms are also under acute pressure.

There is a real risk that the property bubble could collapse and create a much larger economic crisis in the country.

Does the document suggest that the authorities will, as in the past, engineer a bailout to minimise the larger risk to the economy? The document gives no indication of this.

It says, 'We shall ensure that the primary responsibility to conduct rescue rests with the concerned enterprises.'

China's private enterprise will continue to be under pressure and scrutiny over the coming year.

The report declares that the authorities will push further the implementation of fair competition policies and "'ramp up crackdowns on monopolies'.

It introduces the concept of 'traffic lights' to ensure that there is no "disorderly expansion of capital."

In commentary on the conference, it is indicated that the idea is to 'regulate the platform economy, online gaming and tutoring services'.

So the pressure on the likes of Alibaba, Weibo and Tencent, all tech platforms, is likely to continue.

While the private sector is being more tightly regulated, the conference called for the consolidation and development of the public sector.

Mr Xi has already declared that in a socialist market economy, State-owned enterprises must play a dominant role.

While the conference laid great stress on ensuring macro-economic stability during 2022, some of the specific policy measures seem to suggest a willingness to take risks while implementing the new economic direction that Mr Xi has laid down in his various speeches and policy pronouncements.

This is most apparent in the refusal to consider a bailout for Chinese property firms even though this risks triggering a crisis.

What are the likely trends that might emerge in the Chinese economy? The country is clearly on a slowing growth trajectory.

Even Chinese analysts expect the GDP to grow by 4.5-5 per cent per annum during the 14th five-year plan.

The economy is likely to become more domestic-oriented and inward-looking.

If the pandemic lingers, the domestic orientation will become more pronounced.

China is aware of the headwinds it will be confronting, most importantly the rapid aging of its population and the declining competitiveness of its manufacturing sector.

It is betting on technological innovation to avoid a middle-income trap.

However, keeping wages low and resisting the secular increase in the exchange value of the Chinese currency slows down the transition of the Chinese economy towards a higher value-added and more service-oriented economic activity.

It is not clear how China's leaders will deal with such contradictions. 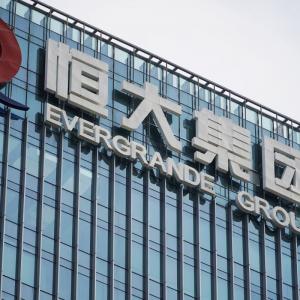 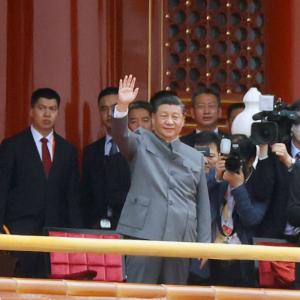