'The return of India to its own civilisational values can never endanger freedoms as pluralism is the bedrock of our culture,' assert Lieutenant General Ashok Joshi (retd) and Colonel Anil A Athale (retd). India is a civilisational State. Along with the Chinese, it is one of the few enduring civilisations that were not swallowed up by time, notwithstanding all the aggression extending over a millennium.

Just one example: Some Sanskrit hymns recited daily in India go back to the Rig Veda, and are almost 5,000 years old. Similarly in the case of China, many of its cultural practices go back to an era of comparable vintage.

The Greek or Egyptian civilisations are of equal antiquity, but there is very little left of those in present day.

Both India and China were subdued by European powers with superior military technologies in the 19th century. In case of India the situation was worse since large parts of it were even earlier subjugated by Islamic invaders.

The brief attempt at the revival of Indian civilisation under the Marathas in the 18th century was halted in its tracks by the advent of European industrial powers. In the latter half of the 20th century, both India and China (in 1947 and 1950) regained their political independence.

According to the theory of civilisations by historian Arnold J Toynbee, civilisations are like living organisms and grow, decline and die and then resurrect.

A rising civilisation that had been dominated by another, militarily superior one, in the first phase apes the ideologies and practices of the erstwhile conquerors.

China adopted the Marxist-Leninist ideology to chart its path to growth while India adopted the liberal democratic model.

Once China gained sufficient economic and military strength, it jettisoned the Marxist model under Deng Xiaoping's leadership in 1979.

In what is now called 'Marxism with Chinese characteristics', China has gone back to its ancient Confucian roots.

It is under this purely homegrown intense pride in its past that China has made a transition to becoming an economic superpower and is well on its way to becoming a military superpower as well.

In India's case, the initial Nehru years stretched for close to 70 years! Partly this lack of transition to an Indian model was due to the fact that India had a much longer civilisational backlog.

The untimely death of leaders like Lal Babadur Shastri meant that the old colonial hangover continued for many more years.

The rearguard action of the old order finally seems to have met its match in 2019.

When future historians look at the 2019 general election verdict in India, they would mark this as the beginning of the end of the Macaulay gotra (lineage) elite. These are the ruling elite who are 'a class of persons, Indian in blood and colour, but English in taste, in opinions, in morals and in intellect'.

If one looks up at the top of the inner gates of North Block and South Block, New Delhi's seat of power, one comes across an interesting inscription on stone by the erstwhile rulers in 1929.

The text on North Block by British writer Charles Caleb Colton reads, 'Liberty will not descend to a people. A people must raise themselves to liberty. It is a blessing that must be earned before it can be enjoyed.' There is a version of the same on South Block in Persian.

There are several takeaways from this. It shows the British rulers's mindset about the 'unfitness' of the natives for liberty.

The presence of the Persian inscription and absence of either Hindi or Sanskrit gives a message that the British rule was a continuation of the foreign domination of India, first by the Muslims and now by the British.

Several generations of Indians, particularly in the Northern plains, had been brought up on this diet of cultural snubs and vilification.

Thomas Babington Macaulay's famous quote, that the entire Indian literature and contribution would not need more than one shelf in a European library, was taken to heart by his Brown Sahib successors.

The first 65 years of Independence saw the systematic denial, destruction and ridicule of anything and everything Indian.

The Aryan invasion theory, ignoring Indian expansion in South East Asia, and making history North and Muslim/British rule centric, were some of the tools used by the colonial masters to keep Indians under subjugation.

Macaulay's fellow travellers either lacked the intellect or were too compromised to re-examine the colonial project.

A prevailing culture is in a state of flux; inter alia, it takes in contemporary influences, and responds to emerging technologies. But the more enduring aspects of culture are grounded in the civilisation.

Attitudes, value systems, and the worldview of the majority are sculpted by the civilisation. Apart from the peculiar mix of ethnicities, it is the Indian civilisation that makes us distinctly Indian.

The part played by geographical factors in moulding a civilisation is substantive. It is the soil, the weather patterns and the rivers that flow which mainly decide the crops that are grown.

The plenitude of resources helps to create generosity of spirit and tolerance. Such a society supports and sustains creative and intellectual activities.

Was it by accident that elaborate Sanskrit grammar was systematised by Panini in the land of the five rivers? All Indian languages owe a proportion of their vocabulary to Sanskrit language. The common vocabulary becomes the vehicle for the spread of cultural ideas.

The British made a deliberate attempt to replace the Indian civilisation with its own. This was a part of the white man's burden, happily taken over by the Brown elites since then.

But the civilisation is as enduring as the geography of India, and it was only a matter of time before it asserted itself as it has now done.

Many half-baked intellectuals see in this the end of liberalism. Nothing could be far from the truth.

'Pluralism' of thought, dress, language, culture and faith is an abiding value of the Indian civilisation. Even in an earlier era when the world saw discrimination and violence on the basis of faith, India gave shelter to the Jews, Christians and Muslims.

In his travels in South India in the 14th century, Ibn Battuta, the Moroccan traveller, left an account of Muslims on the western coast of India, settled there for several hundreds of years, who had kept their faith but fully adopted local dress and custom.

The return of India to its own civilisational values can never endanger freedoms as pluralism is the bedrock of our culture.

A civilisation that accepts and celebrates pluralism must necessarily be intolerant of intolerance.

This is the big change in India of the 21st century. 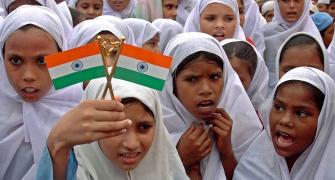 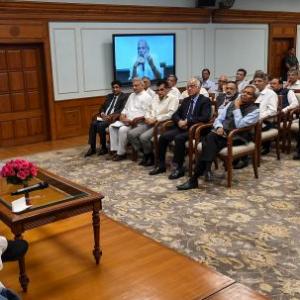 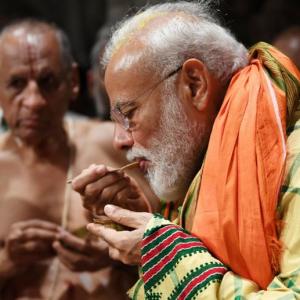