News
Business
Movies
Sports
Cricket
Get Ahead
Money Tips
Shopping
Sign in  |  Create a Rediffmail account
Rediff.com  » Movies » Why Netflix Hasn't Made An Impact in India

Why Netflix Hasn't Made An Impact in India

Netflix is reminiscent of Star TV in the 1990s: Very Western in its gaze, very expensive, and clueless, notes Vanita Kohli-Khandekar. 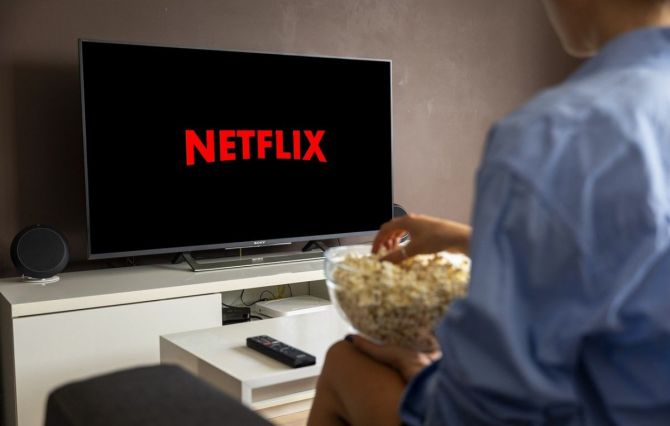 It began innocuously. Netflix, Inc. had an earnings call for the results of its fourth quarter of 2021.

Nidhi Gupta, an analyst with Fidelity Management & Research Co, asked Gregory Peters, chief operating officer and chief product officer, what it was trying to achieve with a (30-60 per cent) price drop in India.

In the course of explaining, Peters talked Brazil and Japan, saying, "It took us quite a while to unlock all of these components, product market fit, get the right content.

But once you get that sort of flywheel spinning, it's (Japan) an incredible market for us and a source of tremendous growth in membership and revenue."

Wilmot Reed Hastings, co-founder and co-chief executive officer, added that "in every other major market, we've got the flywheel spinning. The thing that frustrates us is why we haven't been as successful in India. But we're definitely leaning in there".

The Internet took over.

Hastings' comment, myriad pieces of advice to Netflix, and thousands of opinions on all that is wrong with it, have been trending ever since.

That is not surprising.

Every actor, producer, and director wants his/her show or film on the platform that birthed the streaming video market and is its largest player, with 222 million paying subscribers.

The studio behind Squid Games, Money Heist, and The Crown, among hundreds of others, was the most Emmy-winning (44) and the most Oscar-winning (7) movie studio of 2021.

Why then is it so stymied by the India market?

Five years after its entry, Netflix India stands at an estimated 5 million paying subscribers, against 46 million for Disney+Hotstar and 19 million for Amazon Prime Video, reveals the Media Partners Asia data.

These figures are for December 2021, a year when 102 million Indians subscribed to streaming video services.

It has got to a point where every time the $67 billion Disney has an earnings call, the pressure on Netflix's India performance goes up.

Disney's Hotstar launched in 2015, just a year before both Netflix and Amazon Prime Video came in.

Netflix has invested huge sums of money -- over $400 million -- in shows and films.

It has also invested hugely in technology and market development.

This includes doing workshops and supporting the creative ecosystem.

However, it still lags on volumes in the fast-growing Rs 14,000 crore (rs 140 billion) market for streaming video in India. What is the problem?

Netflix simply can't seem to get its content strategy right.

Going by the Ormax data of the top 15 series on subscription-driven streaming video brands, only one -- Kota Factory (Season 2) -- is from Netflix.

Some of the best and most-talked-about shows like The Family Man, Paatal Lok, Mirzapur are from Amazon Prime Video.

Then there is film.

When it entered, Netflix did deals with all the big daddies, including Shah Rukh Khan's Red Chillies Entertainment. That clearly hasn't been enough.

Of the top 100 theatrical films based on domestic box office in Hindi (since 2018), Amazon Prime Video bought 48. Netflix picked up only 20.

Look at a similar list in Telugu from Ormax Media.

The results are evident. Amazon does well in both Hindi and Telugu markets.

Though the numbers aren't available, the picture for Malayalam, Tamil, and other languages is probably similar.

For some years now, analysts have been asking what Netflix is doing about non-Hindi programming.

You could argue that with a subscriber base that is several times that of Netflix, Amazon Prime Video and Disney+ Hotstar are bound to dominate the list.

That is correct. But the subscriber base is simply a reflection of what's happening.

For all the money it spends and all the critical acclaim that its first show Sacred Games got, Netflix has not made an impact in the Hindi series business.

"Amazon Prime Video has both depth and width of content (across regional languages). So many of its shows are in Seasons 3 and 4. How many franchises are there from Netflix?" asked Mihir Shah, vice president, Media Partners Asia, last month.

Another analyst points to its fetish for anthologies like Navrasa, Lust Stories, Ajeeb Dastaans, among others.

Netflix has been full of good intentions and the money to back them.

But it is rather reminiscent of Star TV in the early Nineties, very Western in its gaze, very expensive, and clueless.

It took nine years and many battles before Star hit the big time with Kaun Banega Crorepati. It never looked back.

"In 2022, we expect the Netflix subscriber base in India to expand to 8 million," says Shah.

The price is in place. What Netflix now needs is its very own KBC -- one that could trigger its growth across India. 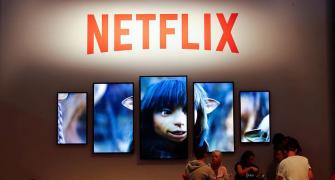 Why Netflix Had To Cut Prices 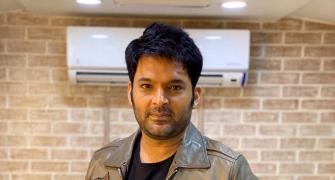 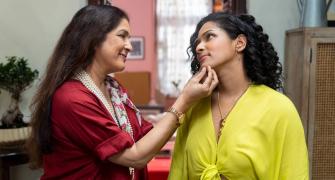 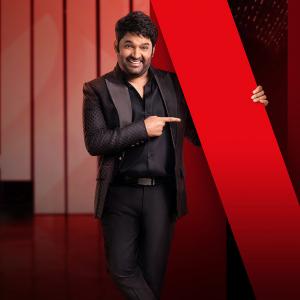