Bollywood is a fairly religious lot.

Whether to seek blessings for an upcoming release or personal happiness, often one catches glimpses of celebrity trips to places of worship in different parts of the country.

Sukanya Verma follows them around. 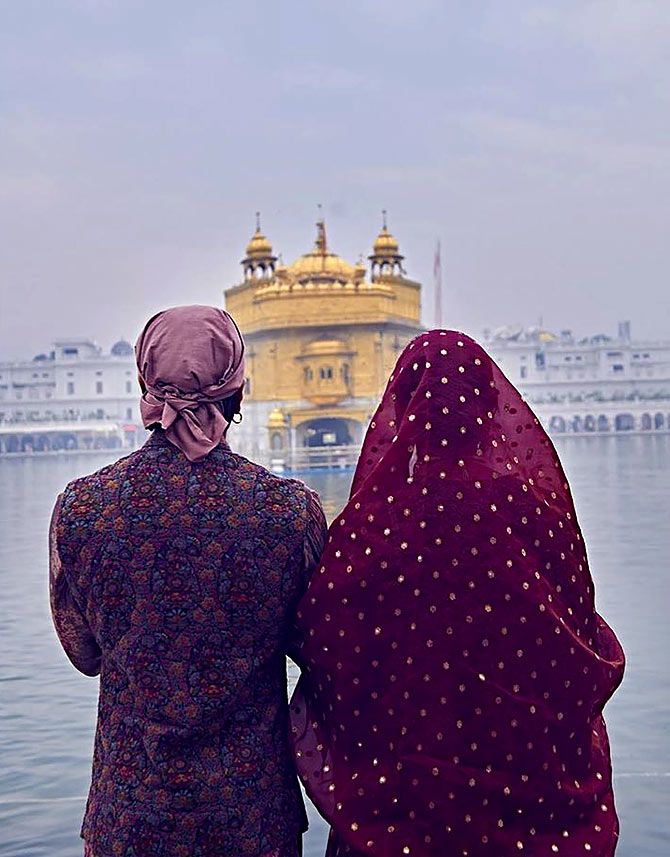 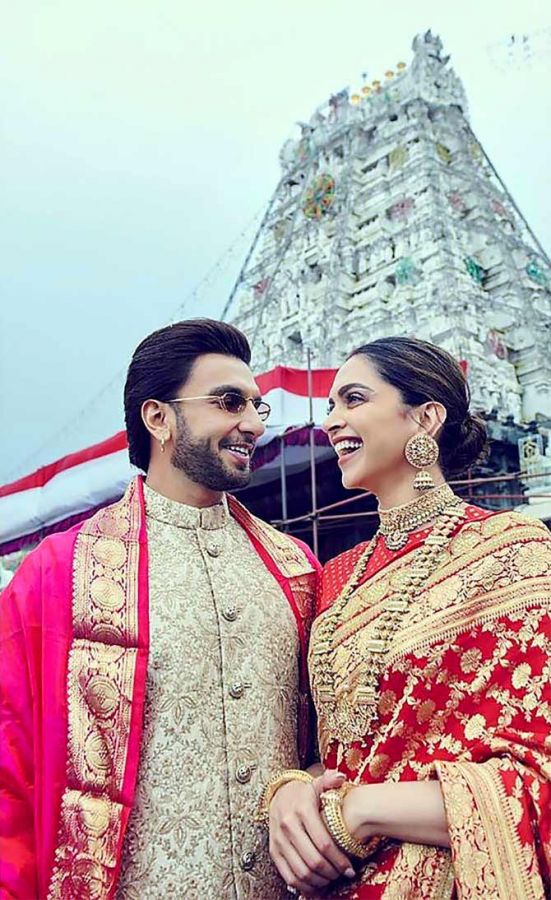 After completing one year as man and wife, a royally clad Deepika and Ranveer sought the Almighty's blessings in both North and South of India at the Golden Temple and Tirupati respectively. 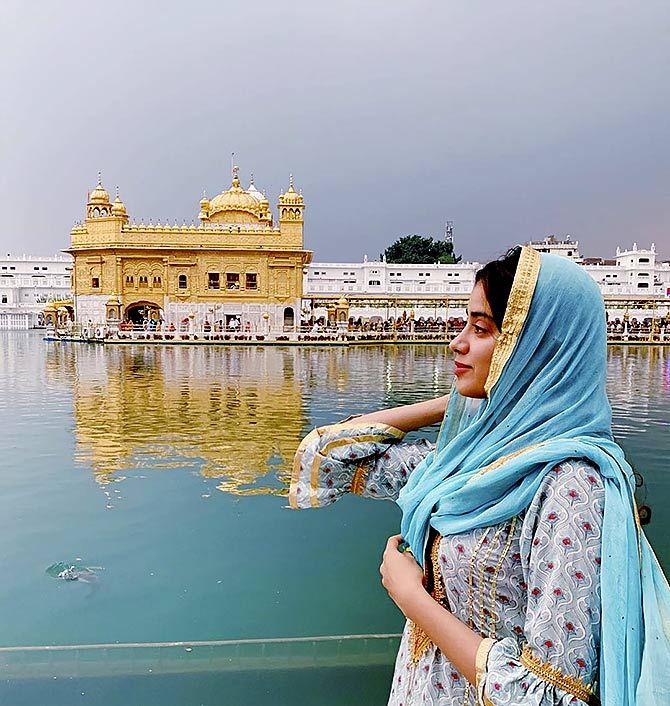 When not making regular trips to Tirupati, the Dhadak actress finds peace at the Harmandir Saheb. 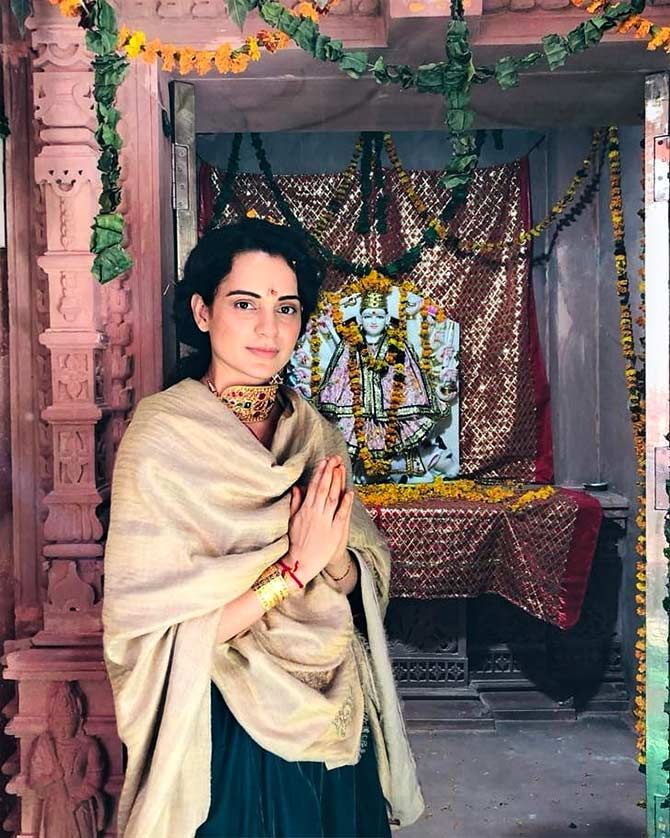 Kangana is quite open about her spiritual leanings.

The Manikarnika actress looks quite happy to pose next to the Maa Mahisasurmardini idol at the temple she got built in her village in Himachal Pradesh. Considering all the flak Kartik is receiving for all those misogynist lines in Pati Patni Aur Woh, not too hard to guess what he's praying for at the Golden Temple. 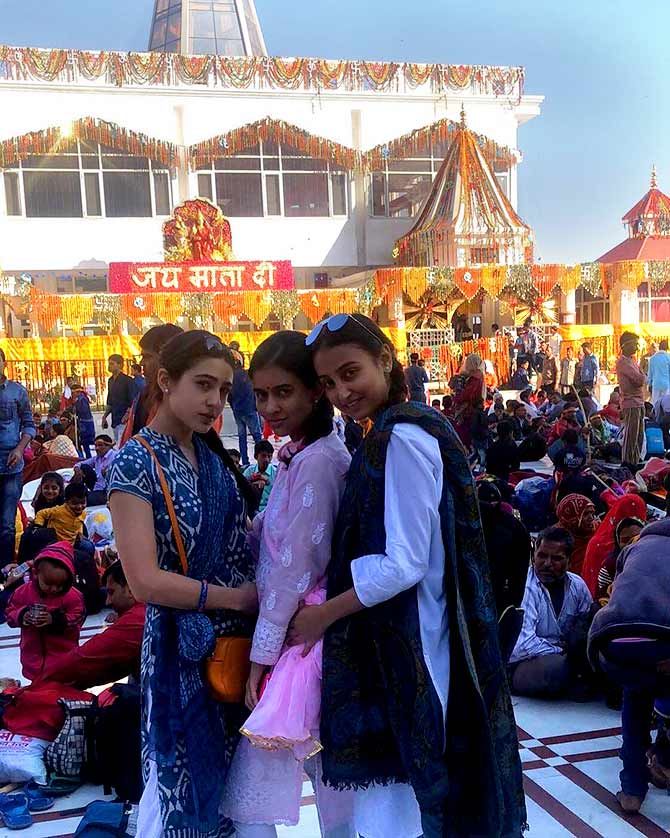 After making an impressive debut in Kedarnath, Amrita Singh and Saif Ali Khan's eloquent daughter shows off her Jai Mata Di spirit during a recent trip to Vaishnodevi. 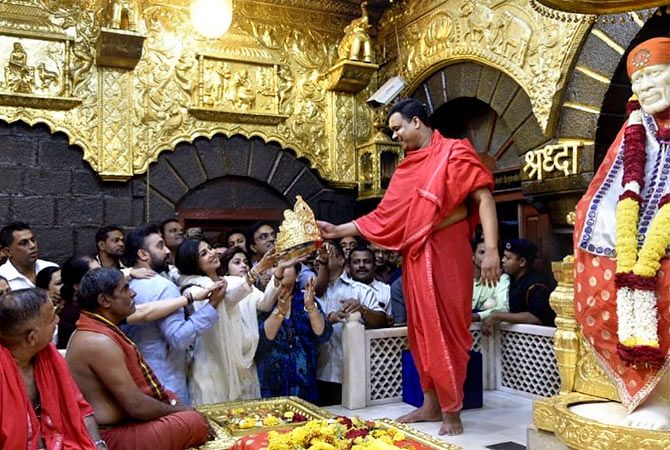 Catch a glimpse of celebrity generosity in Shilpa's golden crown offerings to Shirdi's Sai Baba on the occasion of the Sai Samadhi centenary. 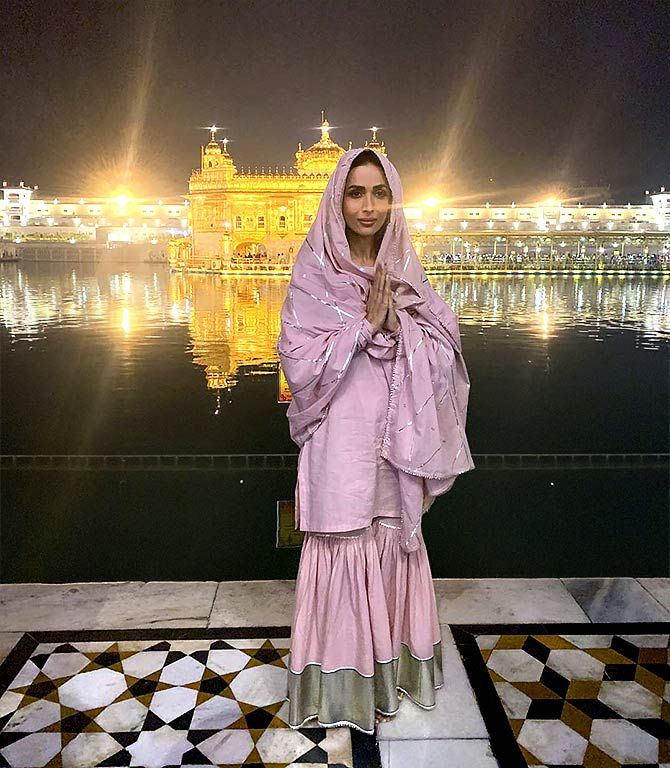 Malaika basks in Wahe Guru's glory at the Golden Temple. 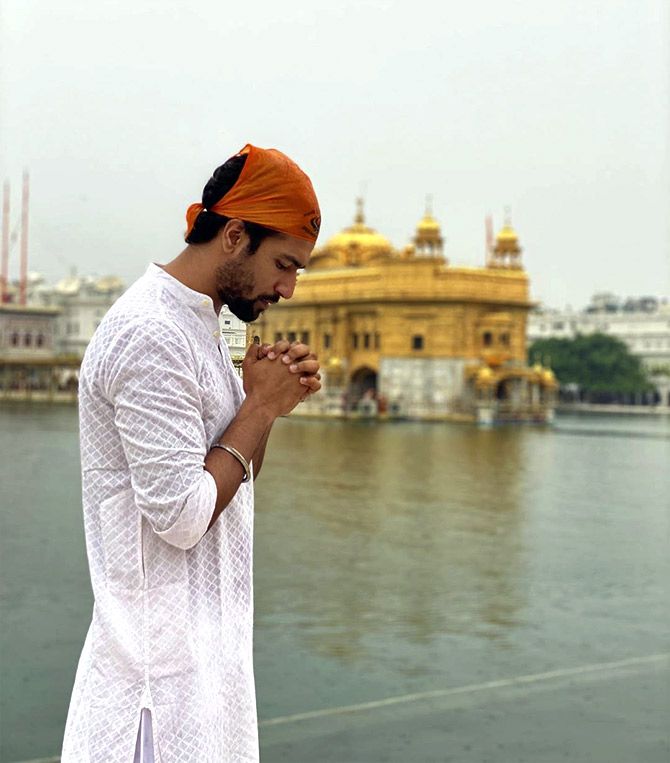 The Uri star's josh is high as he asks the lord to bless his upcoming project Sardar Udham Singh at the Golden Temple. 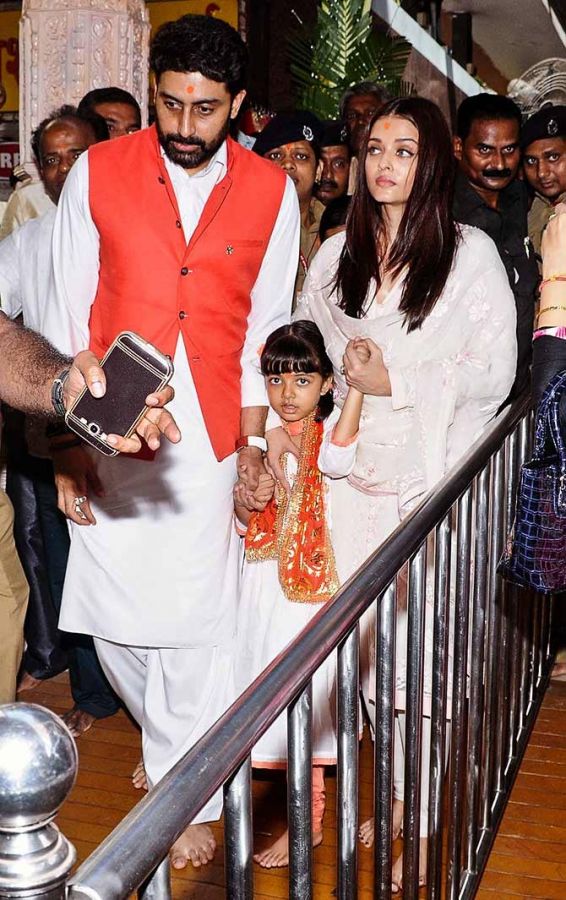 The Bachchans are a regular sight at Mumbai's Siddhivinayak temple.

Here seen with their daughter Aaradhya. The intricate architecture of the Ranakpur temple evokes awe as evident in Bhagyashree's overwhelmed expression. 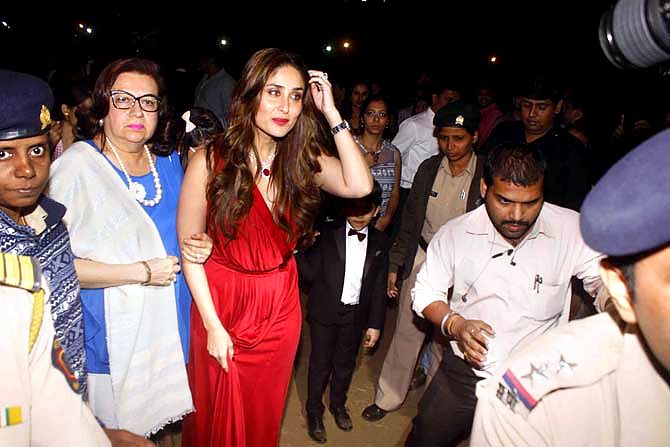 It's tradition for Kareena, joined by her elder sister Karisma and mum Babita, to attend Christmas mass at the Mount Mary church in Bandra, north west Mumbai. 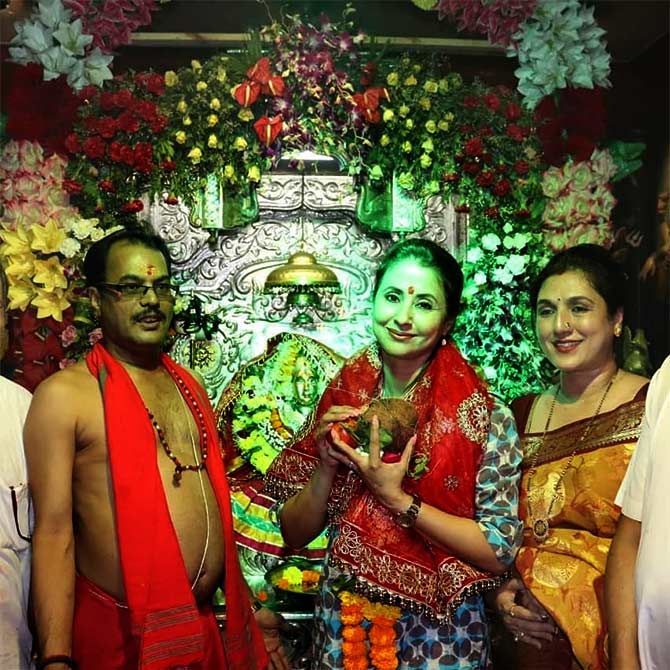 Though she resigned from the Congress party after unsuccessfully contesting the Lok Sabha election, Urmila's enthusiasm extended to her public interactions and pious imagery including a trip to suburban Mumbai's Bhatladevi Mandir. 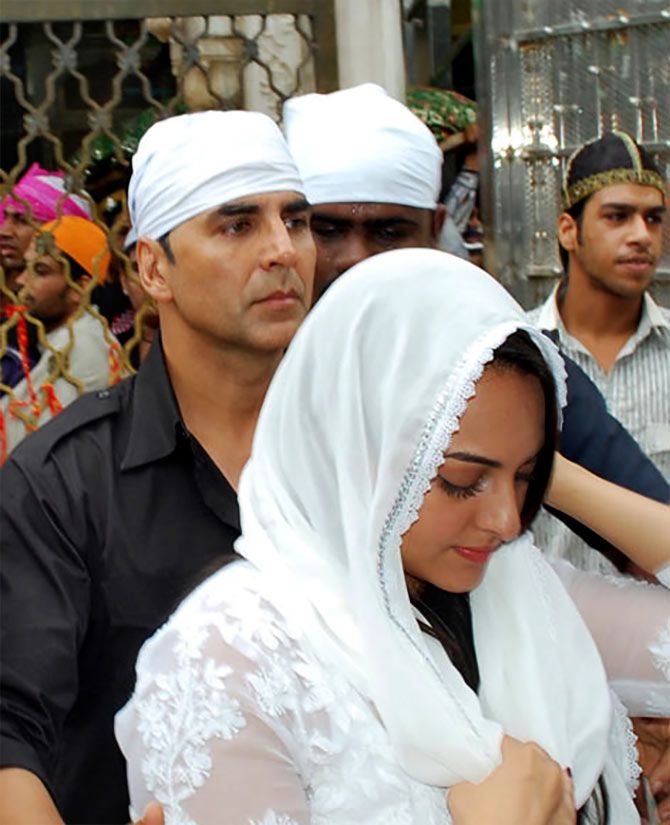 It's common for celebrities to pray for their film's success along with cast and crew like Akshay and Sonakshi right before Once Upon a Time in Mumbai Dobaara. 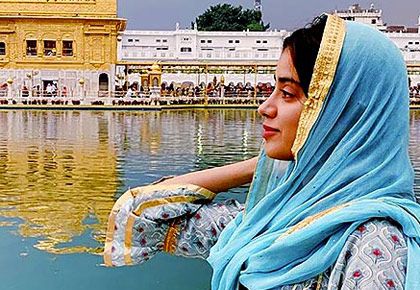 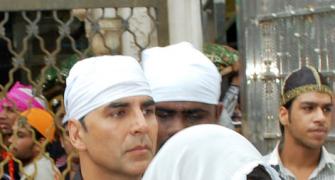 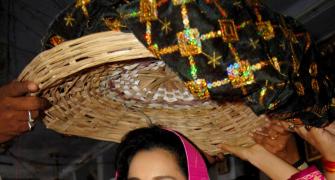 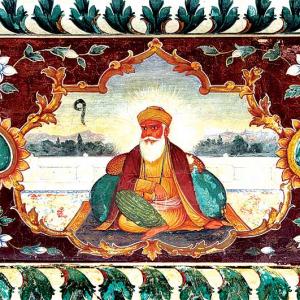 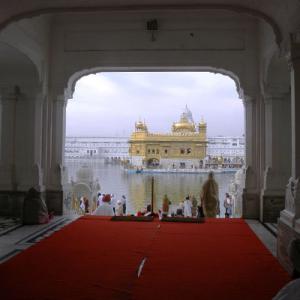