News
Business
Movies
Sports
Cricket
Get Ahead
Money Tips
Shopping
Sign in  |  Create a Rediffmail account
Rediff.com  » Movies » 'I have lost my mother all over again'

'I have lost my mother all over again'

'Many have tried to imitate her. They've fallen flat on their faces.' 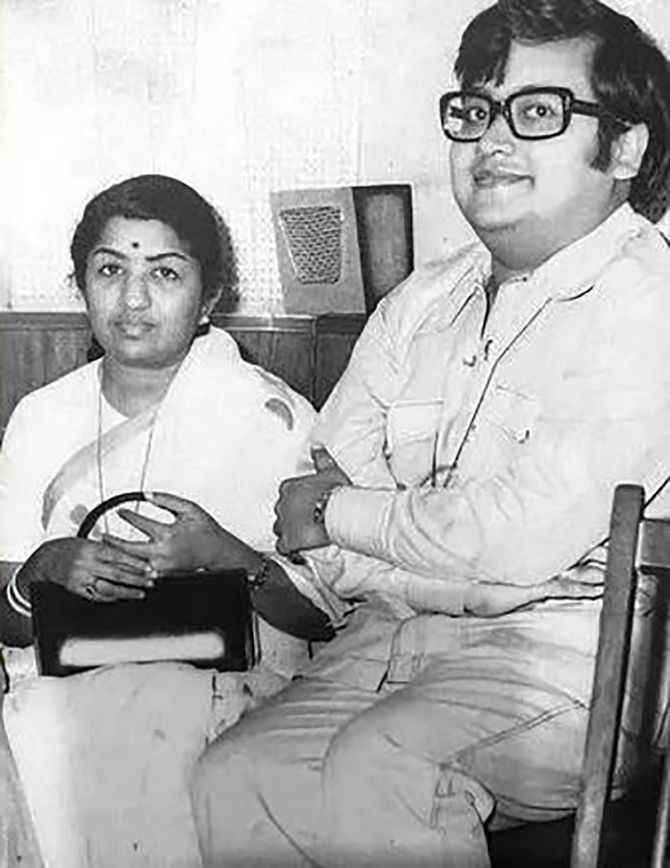 "Many say she was the reincarnation of Mata Saraswati. I say she was sakshaat Saraswati Mata. Unko main hazaar pranaam karta hoon. In her going, I've lost my mother all over again," he tells Subhash K Jha.

"When I had COVID last year, I was at Breach Candy hospital for 14 days. Maa called my wife every day at 7 pm sharp. Even when I came home from hospital, she was extremely concerned, especially about my voice."

"On November 27, she sent me a beautiful handwritten letter with her aashirwaad and a gift for me -- a silver Ram-Lakshman-Hanuman statue -- and a sari from my wife. She considered me as her son. She has known from when I was two. She would visit our home in Kolkata."

Bappida is disgusted with attempts by a section of the press to project Lataji as monopolistic.

"It's shameful! You can't compare Lata Mangeshkar with anyone. There has never been anyone like her, and there never will be. Many have tried to imitate her. They've fallen flat on their faces." 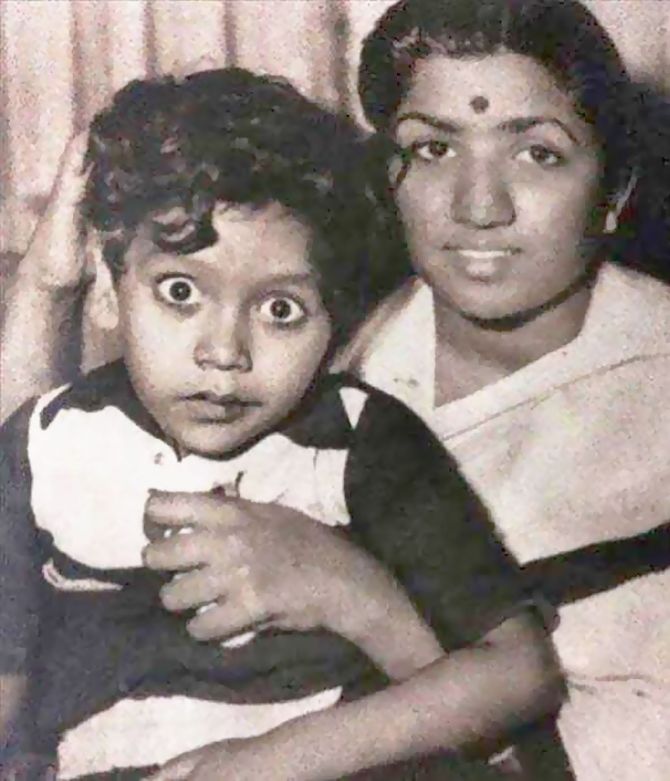 Bappida's association with Lataji goes back a long way.

"She sang for my father Aparesh Lahiri. Do you know the Bengali song Ek Baar Bidai De Ma Ghori Ashbo from the film on Netaji Subhas Chandra Bose about this 18-year old freedom fighter bidding his mother goodbye before being hung to death?

"It is composed by my father and sung by Lataji. Not a single person who hears this song can stop himself from crying. It is to Bengal what Kar Chale Hum Fida is to Hindi audiences."

"I was four when in the Eden Garden locality of Kolkata where we lived, Lataji came home and blessed me. I still have a picture of me sitting in her lap.

"From then on, she has supported me. She sang my first composition in a Bengali film Daadu. If she hadn't sung for me, I'd have been swept away by the competition. She sang for the first time in Hindi for me in Chalte Chalte. Her songs Pyar Mein Kabhi Kabhi and Dur Dur Tum Rahe are hummed to this day." 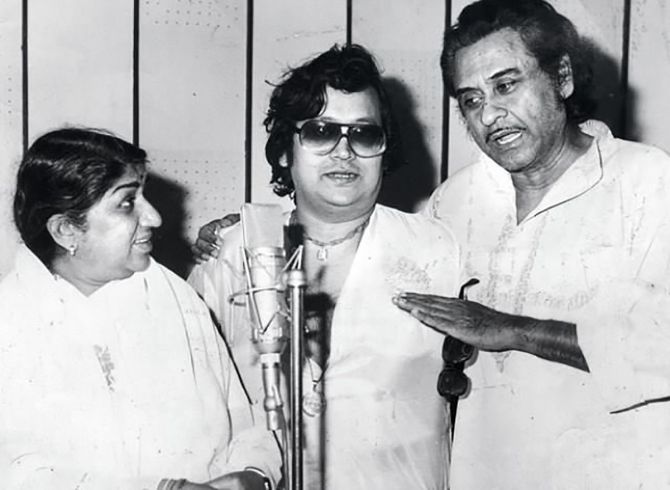 "I am one of the lucky composers alive for whom she sang so many songs. How unfortunate are those composers, who don't know what her voice means to a song?

It was to be originally sung by Kishore Kumar.

Reveals Bappida, "It was composed for Kishore Kumar, but when he came to the recording studio and heard the tune he shook his head and said, 'Nah, yeh gaana sirf Lata gaa sakti hai, Ussko bulao.' We persuaded him again. He came to sing the number again. Again, Kishoreda said, 'No, get Lata.'

"Then my producer Pahlaj Nihalani and I began thinking. If Kishoreda thinks it is for Lataji, it must be for her. She came and sang all three parts of this birha song in no time at all.

"It was perfect, flawless. When she sings the words 'Mitwa oh mitwa' in the Bengali baul tradition, we all wept in the studio. This is the finest song on separation in love in Hindi cinema." 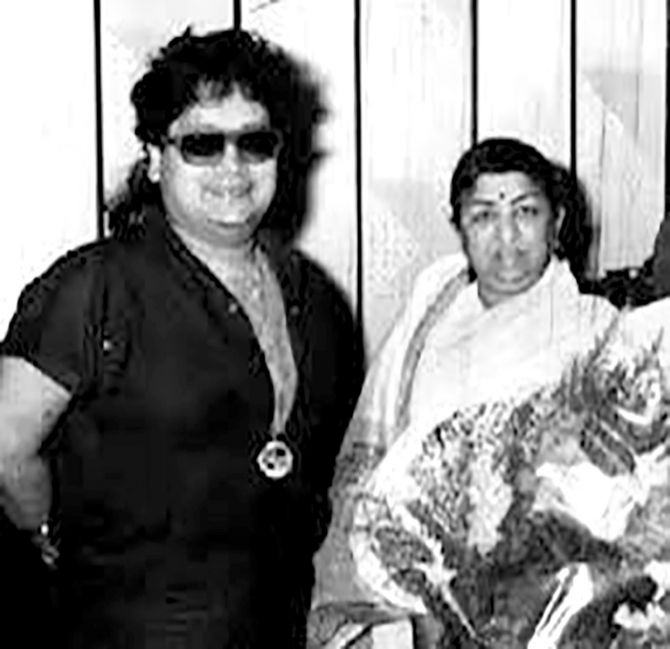 "When I hear this song, I know why I call her Mata Saraswati. She is beyond incredible. I don't know how Kishore Mama would have sung Milne Se Pehle in Aag Hi Aag, but after hearing how Mata Saraswati sang it, we were sure there was nothing more that could be done with these heartbreaking lyrics by Anjaan," he says.

The one composition that Bappida is proudest of is Kaliyon Ka Chaman. This song from the film Jyoti was picked up and used by the famous American rapper Truth Hurts."

He feels Lataji is beyond praise.

"I really don't have words for her. I only know there never will be another Lata Mangeshkar." 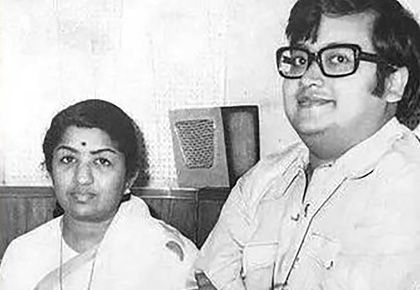 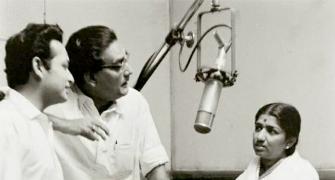 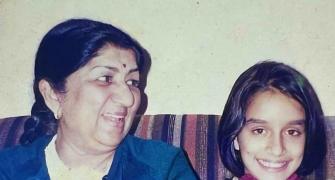 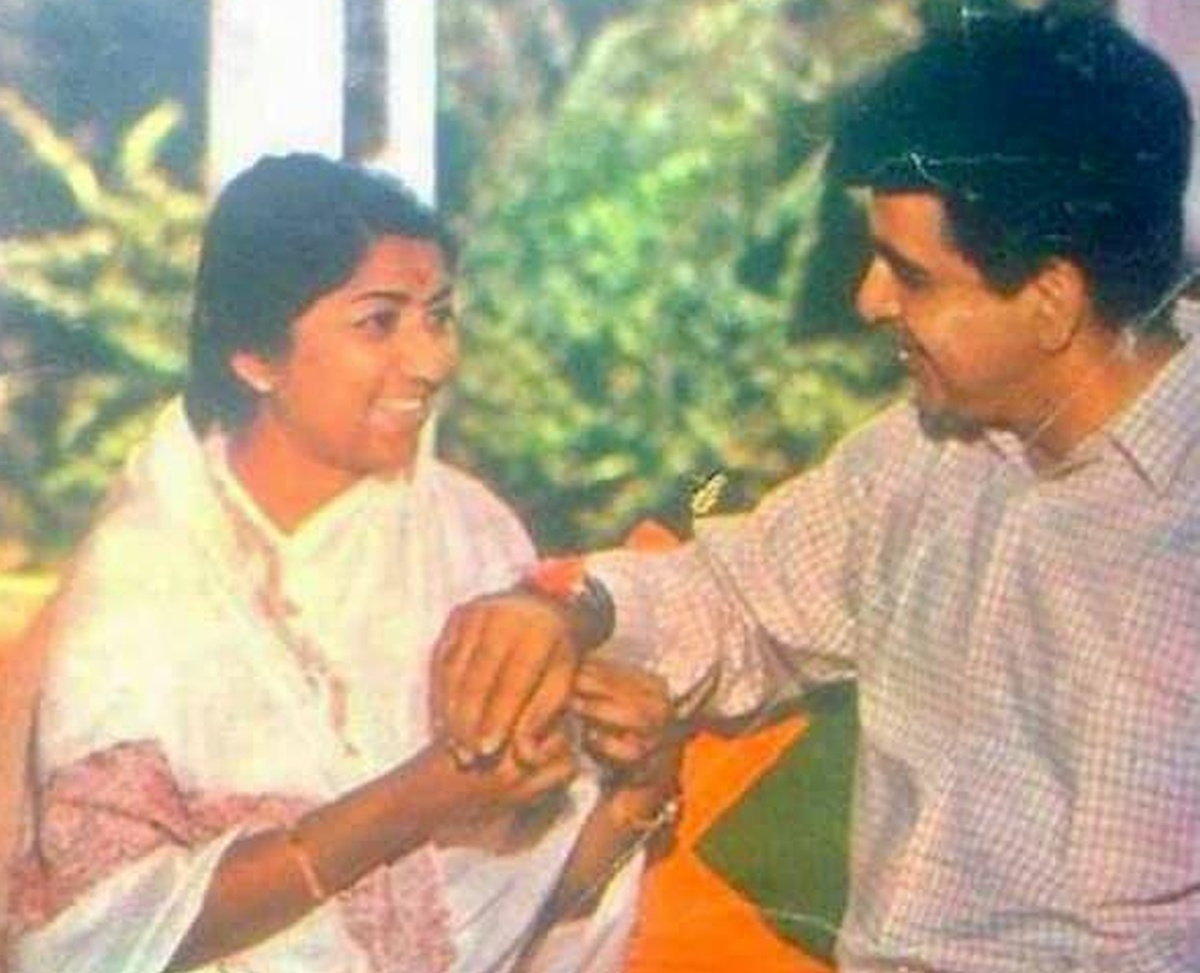 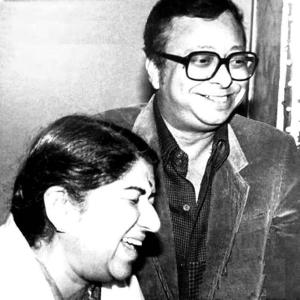