For a while it looked like Twinkle may have nearly disappeared from the public eye until the world discovered her flair to notice wit and wisdom in everyday life.
It wasn't long before she had authored two bestsellers and was hailed as one of the most, candid, humorous, stylish celebrities to emerge from the heart of Bollywood. "I'm a different person who's not my father or my mother. I want to be treated differently from them. I am myself, Twinkle Khanna. I am proud of being the daughter of such illustrious parents, but I would not like to be compared with them time and again." These are her words in 1999.

Twinkle Khanna, eventually, got what she wanted -- to be a star in her own right.

The eldest daughter of superstars Rajesh Khanna and Dimple Kapadia made her debut in 1995 but after a middling career decided she's had her fill of the camera.

And for a while it looked like Twinkle may have nearly disappeared from the public eye until the world discovered her flair to notice wit and wisdom in everyday life and pen it down in a hilarious weekly column.

It wasn't long before she had authored two bestsellers -- Mrs Funnybones and The Legend of Lakshmi Prasad and was hailed as one of the most, candid, humorous, stylish celebrities to emerge from the heart of Bollywood.

Up next, she's credited for the 'concept' of this Friday's release, PadMan starring hubby Akshay along with Radhika Apte and Sonam Kapoor, which hopes to erase the stigma and myths attached to menstruation.

Sukanya Verma looks at her short, sweet, career in showbiz. Twinkle made her debut opposite another star kid, Bobby Deol, in the latter's home production, Barsaat.

Her shenanigans as the city brat who makes life hell for a smitten Himachal hunk bagged the Filmfare trophy for Best Newcomer. Before finding his calling behind the camera as the director of Rock On! and Kai Po Che!, Abhishek Kapoor romanced Twinkle in Uff! Yeh Mohabbat, best remembered for her dreamy churidars and Sikkim's scenic beauty. 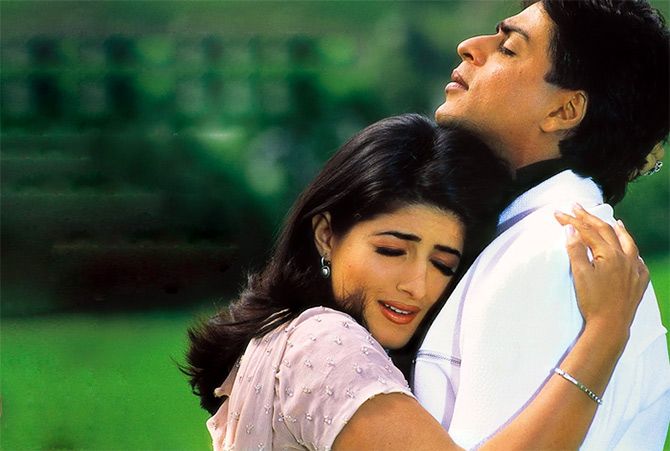 Twinkle pitches in the mandatory glamour for a role that requires little to none of that famous, fabulous, intelligence. One of the better films of her short, sweet, career as leading lady.

Twinkle reforms playboy Salman Khan with a pager and lots of pluck in the easy, breezy musical, Jab Pyaar Kisise Hota Hai only to learn he's got a son from a dead ex.

Both the movie and its soundtrack fared pretty well. On Koffee With Karan, hubby Akshay Kumar shared how Twinkle was counting on Dharmesh Darshan's Mela opposite Aamir Khan to do what Raja Hindustani did for Karisma Kapoor and Dhadkan for Shilpa Shetty. But if it flopped she'd get married to him. Mela, of course, bombed badly and Twinkle tied the knot to her co-star of Zulmi and International Khiladi. In 2000, Twinkle slipped into the Joru's role while Govinda flexed his comic chops as her patient pati in a silly, silly, film.

Their chemistry failed to recreate the groovy vibes of Chi Chi-Lolo or Chi Chi-Raveena. 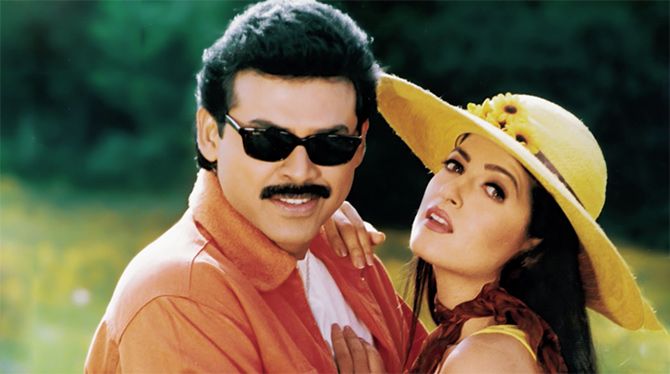 IMAGE: Venkatesh and Twinkle in Seenu.

Did you know Twinkle has worked in regional cinema too?

Her Telugu romance starring Venkatesh in and as Seenu was remade as the eminently forgettable Pyar Diwana Hota Hai with Govinda and Rani Mukerji in Hindi.

IMAGE: Twinkle in her cameo in Tees Maar Khan.

The actress donned the co-producer's hat with Akshay's Tees Maar Khan, which features a blink and miss cameo from her in the end credits song.

Her co-production Pad Man is based on one of her short stories, The Sanitary Man of Sacred Land from her second book, The Legend of Lakshmi Prasad. 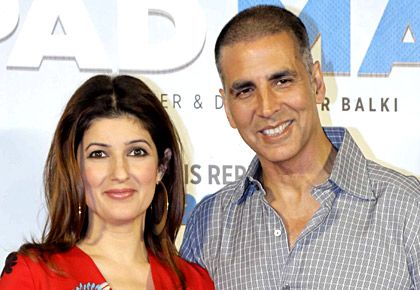 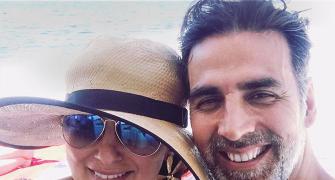 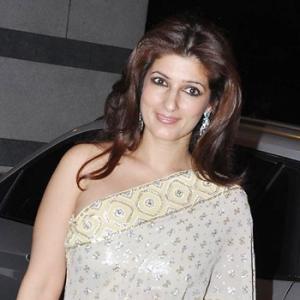