For the longest time, sex was the biggest taboo in Bollywood.

From the screen fading into a blur, to bobbing flowers, to songs about milan ki raat and pyaar do pyaar lo, filmmakers crafted curious customs and symbols to convey the act.

Over the years though, things have decidedly gotten bolder and more risque.

In this Friday’s release, Shilpi Dasgupta's Khandaani Shafaqkhana, Sonakshi Sinha plays a woman who inherits a sex clinic and strives to spread sexual awareness across her neighbourhood.

Sukanya Verma serves some amusing instances of how Bollywood has broached the subject before.

Rishi Kapoor hovering, like a bee, above Padmini Kolhapure inside a giant lotus is how they ought to teach pollination in biology classes.

When the husband is in the ‘mood’ and the wife resists because 'it's that time of the month', Anand Bakshi whips up some super sanitised lyrics to communicate Mumtaz’s predicament to Rajesh Khanna with these lines, 'Paas nahi aana, bhool nahi jaana, tumko saugandh hai ki aaj mohabbat band hai.'

Bottomline: Sex is more chore than score in desi marriages.

Or better still, use cartoons to explain what really happened between Adam, Eve and the forbidden apple.

The ‘aakhri ilaaj’ syndrome, where the only way Shashi Kapoor can save a shivering-to-death Sharmila Tagore is through his healing body heat and hanky-panky.

Dharmendra and Raakhee get laid, like literally, under a pile of wooden logs while a gang and their scent hounds are hot on their pursuit.

Anil Kapoor and Dimple Kapadia glamorise making love on scratchy straw in Jaanbaaz. ‘Please don’t try this at home’ warnings are made for stuff like this.

Bottomline: Make hay while it shines.

Akshay Kumar and Rekha roll in mud (or Multani mitti); it doesn’t get dirtier than this.

In Bollywood masalas, foreplay is a glass of garam doodh. Govinda and Karisma Kapoor do the needful in Coolie No 1.

Bottomline: Doodh is the secret of my energy.

Better brush up on your Bollywood if you don’t know what will happen once Suniel Shetty and Poonam Jhawer step inside that tent.

Saif Ali Khan and Raveena Tandon consummate their marriage under the stars during the climax of a lilting song in Imitihaan.

Just in case you are slow on the uptake, that leg on leg bit will surely do the trick.

When a woman is thinking sex, she’ll slip into a skimpy dress. Think Daud.

Katrina Kaif could not be more explicit.

Bottomline: You heard the lady.

Kangana Ranaut visiting a sex toys store in Amsterdam and confusing vibrators for massagers in Queen is every second desi.

What happens when you spend too much of your bachelorhood watching Discovery Channel? Vicky Kaushal’s pillow talk with Kiara Advani in Lust Stories.

Bottomline: Rise to the challenge.

It’s never easy when parents discuss sex. The ‘talk’ about saving yourself for ‘Ali Baba’ between mother and daughter in Shubh Mangal Savdhan and striking ‘friendships’ between father and son in Stree are hilarious cases in point. 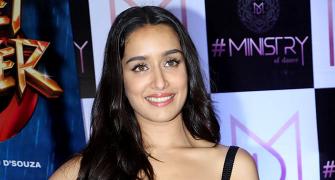 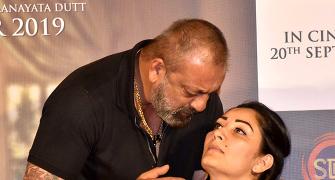 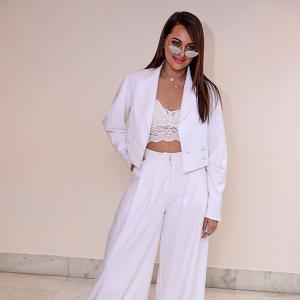 What are Sonakshi, Parineeti up to?