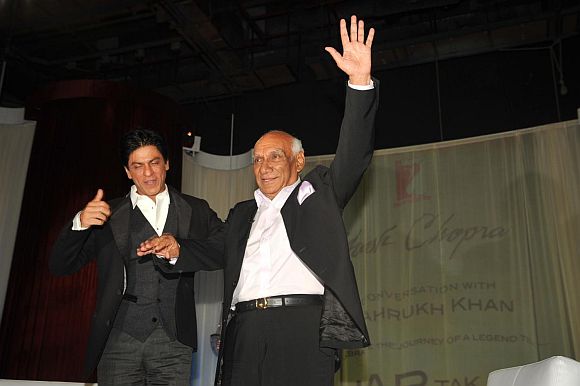 A legendary filmmaker, Yash Chopra changed the face of romance in Hindi cinema to become a brand in Bollywood with numerous hits under his belt in his five-decade long illustrious career.

Chopra (80), who was one of the pillars in Bollywood, directed some of Indian cinema's most successful and iconic films, including the action thriller Deewar, which established megastar Amitabh Bachchan as the "angry young man".

The hit duo of Chopra and Bachchan worked together again in romantic drama Kabhi Kabhie and drama Trishul.

If Shah Rukh Khan is called the King, Chopra was definitely the kingmaker and gave support and fillip to many an artiste's career and making them into superstars.

Although he began his career making different kinds of films, Chopra is today known mostly for the romantic films like Silsila, Chandni and Dilwale Duhania Le Jayenge. 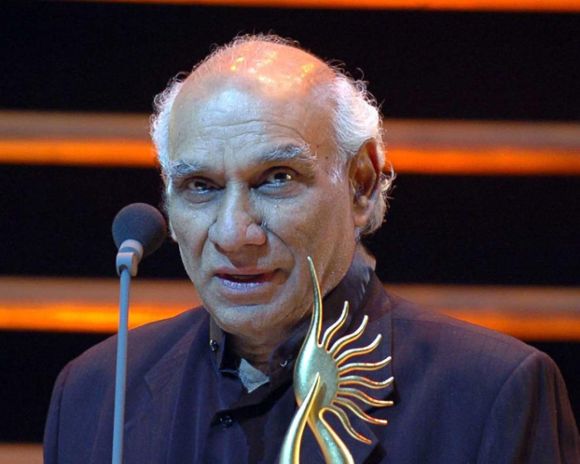 The term 'Yash Chopra romance' is used to typify the kind of romantic films the filmmaker gave birth to in Bollywood.

Considered among one of the greatest filmmakers in the history of Hindi cinema, Chopra's career has spanned over five decades and over 50 films.

Beginning his career as an assistant director, Chopra made his directorial debut with Dhool Ka Phool in 1959, a melodrama about illegitimacy.

Born in Lahore to a Punjabi family on September 27, 1932, Chopra moved to India after the Partition. Chopra's original plan was to pursue a career in engineering. 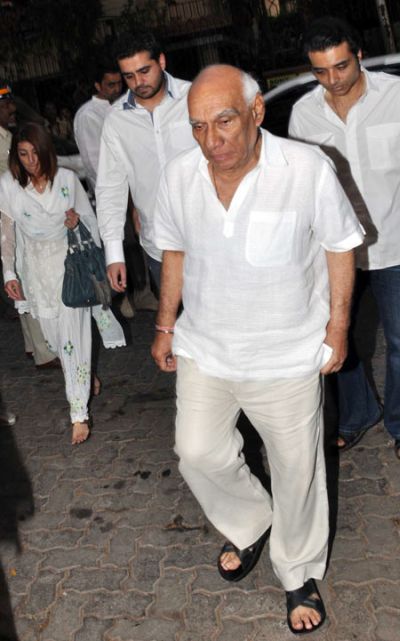 However, his passion for filmmaking led him to travel to Mumbai where he initially worked as an assistant director to I S Johar, and then for his director-producer brother B R Chopra.

Encouraged by the success of his films, the Chopra brothers made several more movies together during the late 50s and 60s.

Chopra rose to fame in 1965 after the commercially and critically successful drama, Waqt, which pioneered the concept of multi-starrers in Bollywood.

In 1973, Chopra founded his own production company, Yash Raj Films, and launched it with Daag: A Poem of Love with the hit onscreen pair of Sharmila Tagore and Rajesh Khanna.

However, in the '80s several films he directed and produced failed to leave a mark at the box office, notably Mashaal and Vijay.

But Chopra rose like phoenix with the commercially and critically successful film Chandni thus beginning his journey of making romantic Hindi films. He then directed and produced the cult classic Lamhe in 1991. 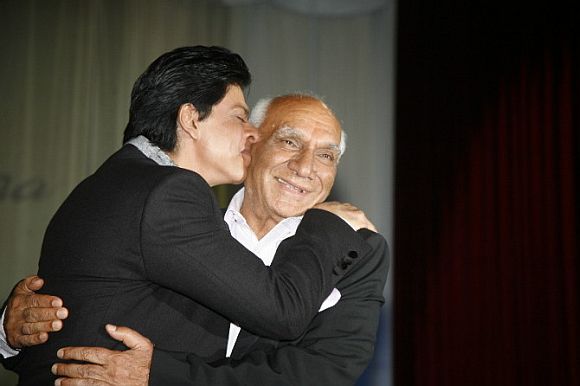 His association with Shah Rukh Khan began with the 1993 romantic psychological thriller film Darr, which turned out to be a superhit with SRK playing the role of an obsessed lover.

Since then, Chopra directed three more romantic films, all starring Khan -- Dil To Pagal Hai (1997), Veer-Zaara (2004) and Jab Tak Hai Jaan (2012) before he announced his retirement from directing this year.

"I have always had great experience working with him. He is one actor who has never asked me what the story is about, how much money he will charge... whatever amount I send him through cheque he takes that and rather asks me why did I give such a huge amount," Chopra said last month during an interview with Shah Rukh on his 80th birthday.

Chopra's elder son Aditya Chopra is a successful director, carrying forward his legacy and taking care of the Yash Raj banner. His younger son Uday is now handling the international branch of their production house, besides brief stints in films.