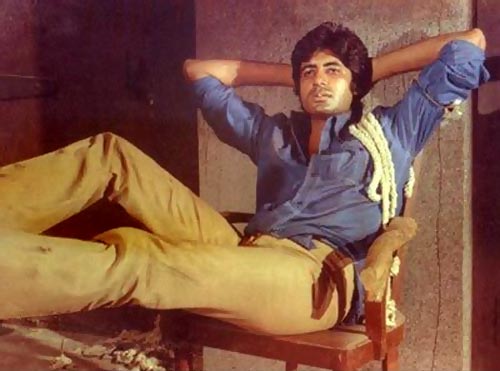 Amitabh Bachchan's frequently played a gangster. Sometimes ruthless, sometimes heroic, sometimes just flawed, he's often been on the wrong side of the law.

With him reprising a gangster persona in Ram Gopal Varma's Department -- for which Varma has described Bachchan's character as that of a 'nasty Sarkar' -- here's a look at ten memorable gun-wielding outings for the Big B.

Vote for your favourite, the toughest of these tough characters, at the end.

With a forearmful of scribbled slander about his father, Vijay -- Yash Chopra's effortlessly cool take on real-life mobster Haji Mastan -- remains one of the most mercurial, intense and charismatic characters in the Bachchan filmography. 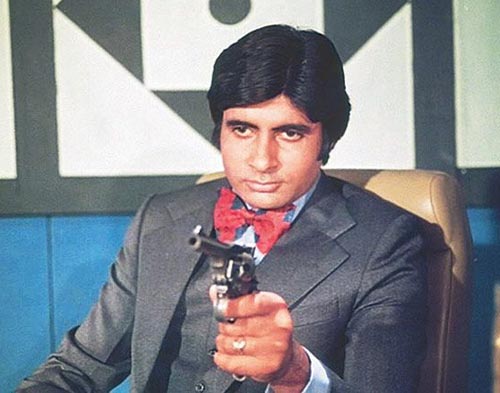 In Chander Barot's Don, Bachchan played both likeable bumpkin Vijay and the ice-cold Don, a villain who instinctively saw no wrong in 'using up' cabaret dancers and then dangling them as hostages.

Magnificently larger than life, and cool as can be. 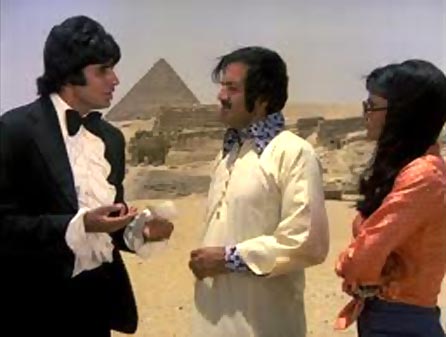 In yet another double-role, Bachchan plays both Inspector Vijay as well as the titular cardshark Jai in this massively entertaining Shakti Samanta film.

Jai isn't an actual gangster, however, and is far less hardcore than many Amitabhs on this list. 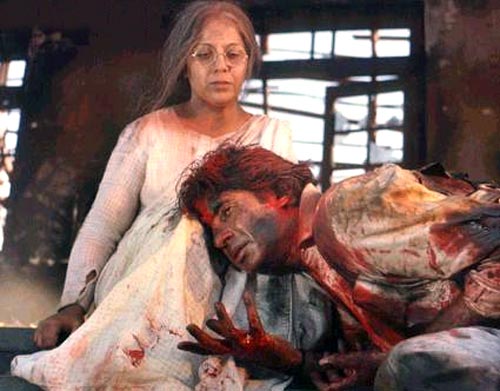 In this film named after one of his father Harivansh Rai Bachchan's poems, the husk in the Bachchan baritone was enough.

The traditionally deep voice was made raspy for this Mukul Anand film, and the result was unforgettable.

This was Bachchan's Scarface. 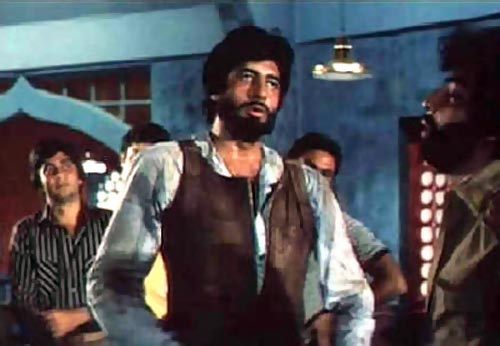 Sure, Bachchan played light-hearted Ravi in this Seven Brides For Seven Brothers remake, but he also played dastardly (and light-eyed) assassin Babu, a chilling hitman with his own eerie theme tune.

For all his coolness, however, Babu essentially became a good guy. This Tinnu Anand film sees the wrongly incarcerated Bachchan turn into a hardboiled criminal when in jail the first time, and then, when rightfully jailed for his crimes, makes him see the error of his ways.

It's a topsy-turvy part, but Bachchan nails it. Out of defiance toward his policeman father, Shakti sees Bachchan's Vijay turning to a life of crime and becoming a significant face in the underworld.

This leads to high melodrama in Ramesh Sippy's film, and Bachchan gets the best of Dilip Kumar (who plays his father) in their only scenes together, ever. 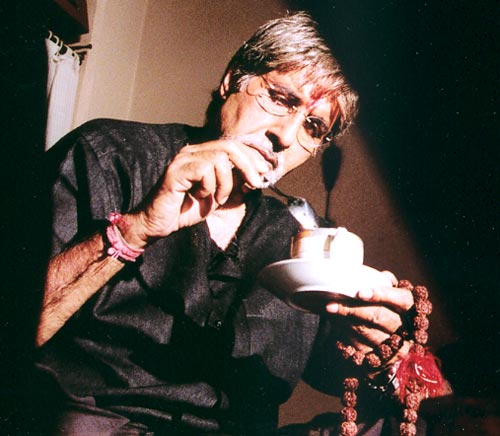 Bachchan was unquestionably the only good thing about Ram Gopal Varma's increasingly exhausting adaptation of Francis Ford Coppola's The Godfather.

And yet Varma's insistence to paint Bachchan's character as a 'good' guy makes him weaker than he should have been. 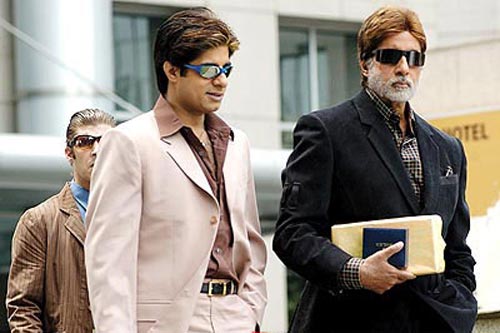 Bachchan plays a ruthless, evil mafia leader in Raj Kumar Santoshi's Family, but so ludicrous is the film that Bachchan too is made to do nothing but stick his tongue out at fellow gangsters, lick at cigars and pour water sinisterly on Kadir Khan's head. 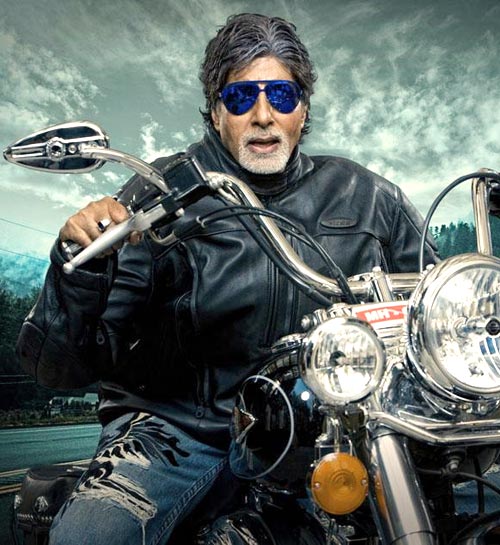 Bachchan gamely participated in this over-the-top but enjoyable tribute to himself last year, where, after ages, we saw the Angry Man kicking ass again.

There was much bullet-bending madness, but Bachchan showed that even at 69, he can rock a Harley Davidson. And that's no joke.