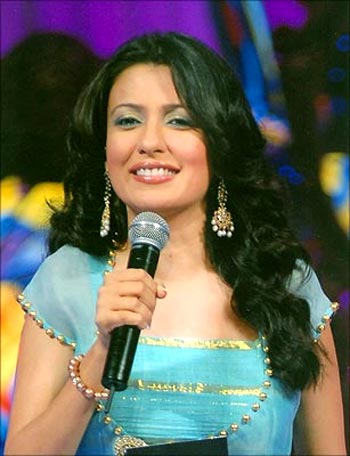 She seems to surface only with Indian Idol.

The rest of the time, she says she is busy 'living life and looking after my two kids.' And sometimes, being a sounding board for her director-husband, Kabir Khan.

"Kabir and I aren't worried about numbers. It's the response to the film we were eagerly waiting for," she trills over the phone. "The other day, we went to the single screen theatres and the way people were reacting to the film was extremely reassuring."

'Kabir looked relaxed but he was worried too' 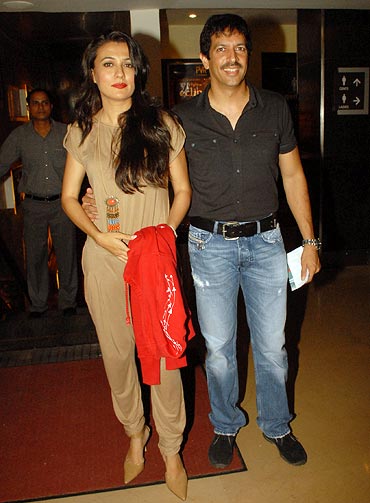 So is she pleased?

"Yes, I am," she answers. "Shooting in five different foreign countries in extreme weather conditions, handling two superstars -- Salman (Khan) and Katrina (Kaif) -- and making a film with an enormous budget was one tough ride but am glad it's all paying off." She claims she has seen the film nine times already!

Mini feels that a wife's role never gets over. "I was naturally anxious and even though Kabir seemed far more relaxed, I know he was worried too."

Ask her why we get to see her only when Indian Idol is on air and she says, "Because, honestly there is nothing that could make me want to do more work. I have been around for a very long time, been there, done that. I am not the sort who will take up everything on offer to a point that viewers will bored of me.

"I don't want to exhaust myself doing things I am not interested in. The longevity of one's career doesn't depend on the number of shows one's doing. I have a loyal fan base. I know there is a certain section of viewers who want me to do more work but I have chosen to do just one big show where I could bring something more to the table than just host it. I have had a great association with Indian Idol," she says.

'There really is no fear about not getting work' 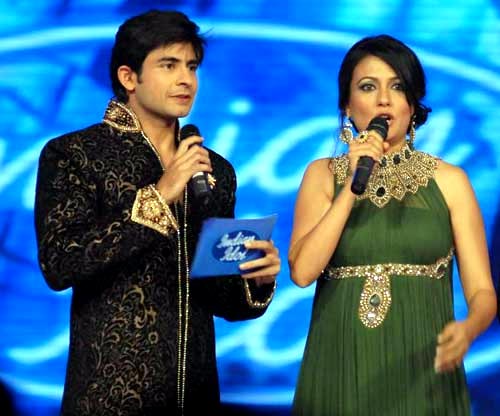 Mini says she doesn't want to do shows where she could be easily replaced by someone. "Why should I waste my time doing something that anyone else can do? I want my experience to make a difference to the shows I do. I'm not insecure about my work. At the risk of sounding immodest, I have an MBA and come from a career in advertising besides, of course, my stint with MTV. So there really is no fear about not getting work," she says.

It must be tricky for her and co-host Hussain Kuwajerwala to handle big personalities with massive egos on the show. Quiz her about how they manage to keep things under control and she explains, "Well, this is where being a seasoned host helps. Sunidhi (Chauhan) is my junior, so it's not very difficult. Besides, Sunidhi respects Ashatai (Bhosle). They get along pretty well.

"My stint with MTV -- where all I did was interview celebrities and ask them cheeky questions -- helps me a great deal on Idol because apart from the famous judges, a lot of celebrities come on the show and it can get jittery. But I am this fearless person who is not in awe of them. Yes, I respect their work but I know how to hold my own in their presence.

"Hussain calls me Jhansi ki rani because I have stepped into sticky situations and prevented them from escalating into big fights. When Javed Akhtar was a part of Indian Idol; he and Anu Malik would get into arguments but after a point, I would politely tell them to move on or even cut them short," she says.

'Television has never been a stepping stone to films' 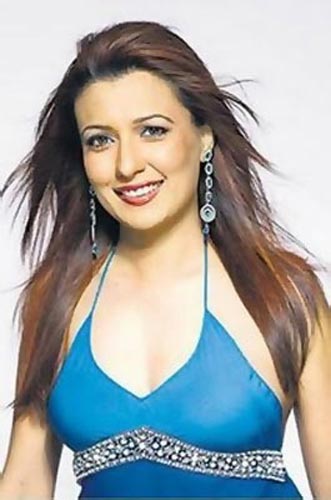 "At the end of the day, it's the show we have to think about and maintaining its sanctity is important,' says the host who considers herself a 'producer with make-up because I like to drive a lot of content on my shows and not just come and deliver my lines'.

Why isn't she doing films?

"I have done a film called I Me Aur Main. It stars John Abraham. Television has never been a stepping stone to films. I enjoy doing TV. Yes, what I am more interested in is writing and directing. I have written scripts and hope to direct someday," she signs off.