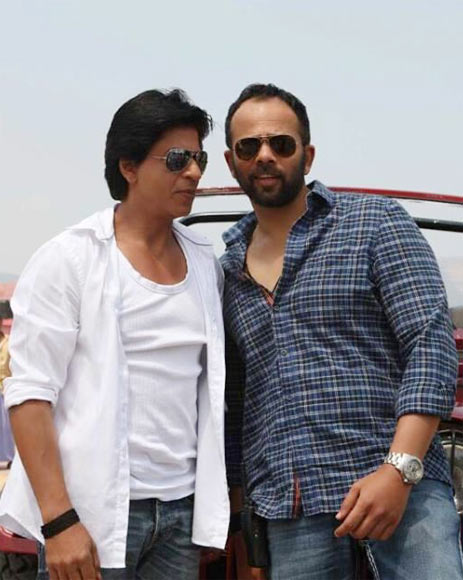 Action sequences where cars are smashed.

But this time, Shetty breaks the mould a bit.

In the first part of a long interview, the ‘critic-proof’ director spe­aks to Savera R Someshwar about his newest film, Chennai Express, starring no... not Devgn, but Shah Rukh Khan.

DON'T MISS!
Part II: 'Shah Rukh and I were called the worst combination'
Part III: 'My first salary was Rs 35 a day'

You chose to work with Shah Rukh instead of Ajay Devgn in Chennai Express. What was the experience like?

The first day I met Shah Rukh, we just clicked because, somewhere down the line, our thoug­hts about how a film should be made were quite similar.

As a producer, or as a director, or as an actor, you have certain thoughts about how a commercial film should be approached. You have a certain way of thinking when you are making it, when the pre-production starts or even when post-production happens.

'I will never make a film where I hurt someone' 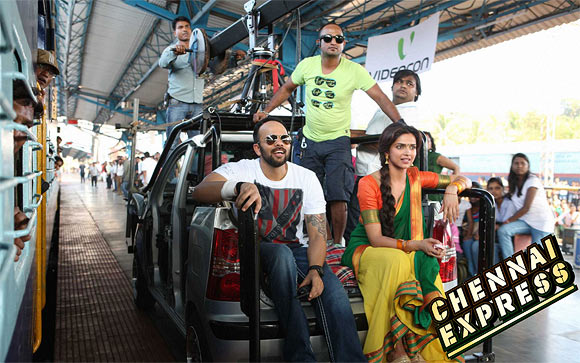 Image: Rohit Shetty and Deepika Padukone on the sets if Chennai Express

When you make a statement like that, do you feel at the back of your mind that the next question that’s going to pop up is that you’ve always been associated with Devgn.

No. See, everybody is mature enough… Ajay knows about this script.

Even Ajay agrees, because he knows the script.

You seem to be a magnet for controversy. Even before the film has released, there has been criticism about Deepika’s accent and how you seem to be making fun of Tamilians…

Nowadays, speculation seems to be the new trend instead of hard work. People like to speculate, they like to criticise… I feel criticising just boosts your ego.

Why would I make a Rs 100-crore film where I hurt someone? I know the day the film releases, the audience response will be negative. Why will I ever do that kind of work?

For all those people who have doubts about my film, I have a message: See the film and then we’ll talk about it.

I will never make a film where I hurt someone.

Except for Deepika who’s playing a Tamilian and is not from Tamil Nadu -- and Niketan obviously -- all the actors including the junior artistes are from Tamil Nadu and the Chennai film industry. When they speak a little bit of Hindi, it is almost similar to what Deepika is speaking.

If we would have made her speak pure Hindi with a little bit of an accent, she would have looked alien.

Before watching the film, how can you just blame me? I don’t want to entertain or earn money by hurting anyone. If I do something where I make fun of Tamilians, my film won’t release in Chennai. That will be a huge loss for me.

'After Singham, we get so much respect from cops everywhere' 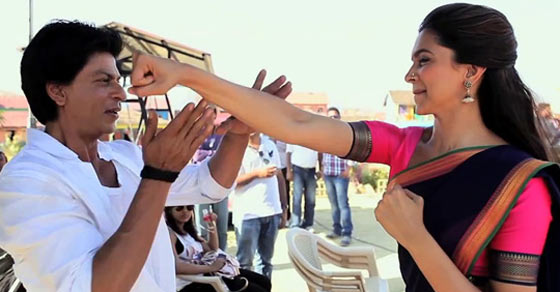 Does the criticism bother you?

It used to earlier. Now, I ignore it.

Earlier, this is what would happen. A film would release on Friday and the public would decide if it was a hit or a flop.

Now there’s this whole chain -- which I find horrendous -- where you have to promote the film. During this time, so many questions are asked and so many speculations are made. Then, after all this struggle, a film reaches the theatre.

I think, earlier, the directors, producers and actors were really lucky.

Singham has an individual identity now. We get so much respect from cops everywhere.

This kind of speculation used to bother me earlier. Now, after making so many films, I know that Friday will come and everything will die down. Then, only the film will speak.

Have you ever got angry about this?

Earlier, I used to get very angry; now, I’m not bothered. I think I’ve got used to all this now.

For example, I am asked what the first day opening figures will be. This is the stupidest question ever asked. How can I predict something like this and why are you putting me under pressure?

'I really don't know whether I am different from other directors' 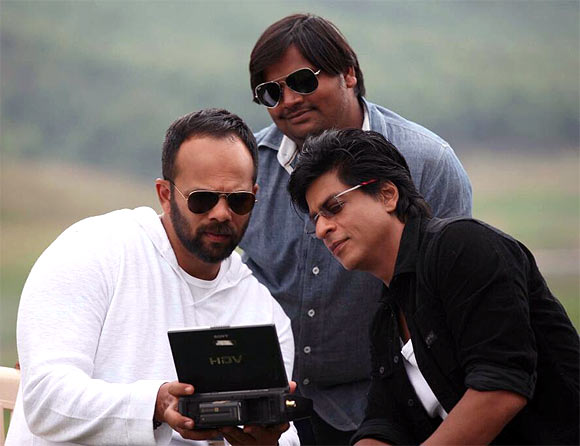 Image: Rohit Shetty and Shah Rukh Khan on the sets of Chennai Express

What are you like on the sets in general, and on this movie in particular?

You mean like stopping work to enjoy a game of cricket in the rain?

Yes, because you work round the clock and there’s so much stress.

You are in the entertainment business. You are here to entertain people. If you are not enjoying your work, how will you do that?

I want everybody to be happy -- on the sets, when watching my film. That’s my motive, that everybody should be happy.

My team has been with me for a long time now. So it’s like a whole family working for a project or the whole family battling a crisis when needed.

There are designations, but there is no protocol based on designation. My Jimmy Jib operator or my steadycam operator will do an operative cameraman’s job as well. He may also act. He may arrange the crowd. He may help with the set.

How different does that make you from other directors?

When others are on a vacation, I’m working.

When others are eating food, I’m working.

When others are partying, I’m working.

Others are enjoying their success and I’m again back to work.

That is one thing that makes me and my team -- I won’t say different -- but I think that’s one advantage God has given me. I can work round the clock (laughs). 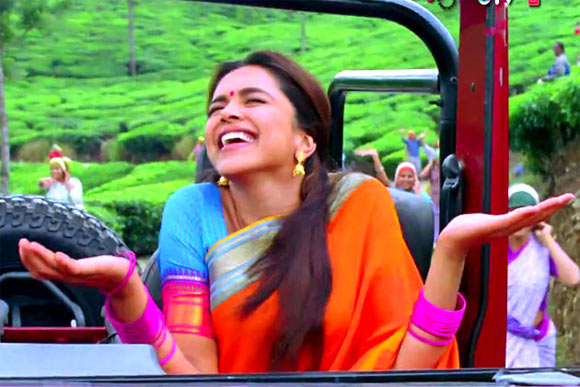 Where does that come from? Do you feel the need to work round the clock?

I’ve directed -- I’ve lost count -- eight or nine movies. Six or seven have been blockbusters but I’ve never been to work.

There has never been a single day that I get up in the morning and think, oh shit, today I have to shoot or I have to go to office. I enjoy every moment of it.

You seem nostalgic for the old times, but aren’t things better today in some ways?

I think we are quite fortunate because of the media in a way. We appear on television and our photographs appear in newspapers and magazines, so we are recognised.

There were so many great directors in the past and nobody knew what they looked like, like Nasir Hussain Sir; we have not done even 10 per cent of the work they have.

My colleagues and I are quite fortunate because we come on television and we do so much of buffoonery and stupidity (laughs) that people know us.

If you ask me when I decided I wanted to be a director, I don’t know. It was always there in me. I’ve always wanted to be in films as an action director or a director.

'If a film makes Rs 100 crore, it is because the audience is coming and watching the film' 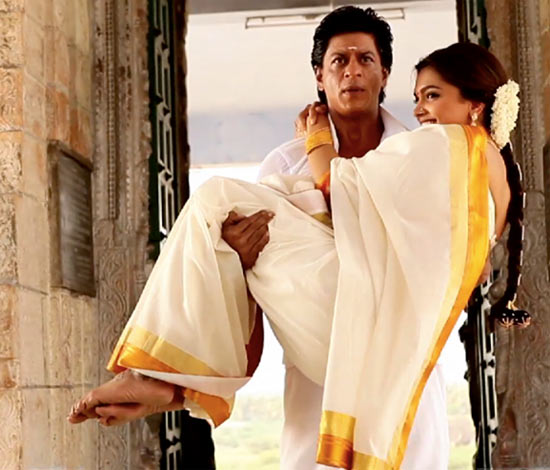 Did you watch your father (action director and actor Mud­hu B Shetty, popularly known as Fighter Shetty) at work?

I used to accompany him, but I was very small at that time.

I remember one shoot with Mr (Amitabh) Bachchan somewhere in Andheri (north west Mumbai)…  I was there the whole day, watching one man hitting 10-12 people and thinking what stupidity this is.

And he said, “He can hit them because he is the hero.”

That’s what struck me.

Now, if you see my films, 20 guys are bashed by Ajay Devgn (laughs) because he is the hero. He’s not a common man, he’s a hero and heroes can do anything.

Is that why you love smashing up cars in your films?

Initially, I never thought about smashing cars. But I did one or two films and... The reason I do it is because kids love all this.

Adults and elderly people criticise me for blowing up cars in film after film. I tell them to sit with a six or eight-year-old kid and watch my film and then we’ll talk.

Even I know that I’m repeating myself. Even I know I have done this earlier. But it’s not for me. And I know what I am doing. It’s for the kids. They really enjoy it.

Kids are fans of Singham, and I don’t know why. It’s an action film.

People will come up to me say and say my son does this (the Singham step) or say they have a DVD of Singham or Golmaal 3 or 2. It’s for them that I do all this. I don’t make movies for intellectual people.

Maybe, when these children grow older, they’ll start asking me why I make these kind of films. But I’ll still be doing them.

I don’t really know, and I can’t comment on anybody else’s work.

At the same time, it does not mean they are not doing a good job either.

Once I met Anurag outside my office, he said, “My mom is a fan of your work. She loves your cinema.” What other compliment do you need?

I am not making intellectual cinema, but the mother of a director who makes intellectual films is a fan of my work!

The only thing I don’t like, which I never do, is trash someone else’s work. A few filmmakers, a few actors who are doing intellectual cinema will try to trash the Rs 100-crore film because their films are not working.

This is the most honest business. No director or actor can take the audience hostage and force them to see a film. Once film is released on Friday, no gimmick will work, no PRship will work, no negative or positive publicity will work.

If a film makes Rs 100 crore, it is because the audience is coming and watching the film. If it is not doing well, it is being rejected by the audience. So, you have to have that open mind and open heart.

DON'T MISS!
Part II: 'Shah Rukh and I were called the worst combination'
Part III: 'My first salary was Rs 35 a day'