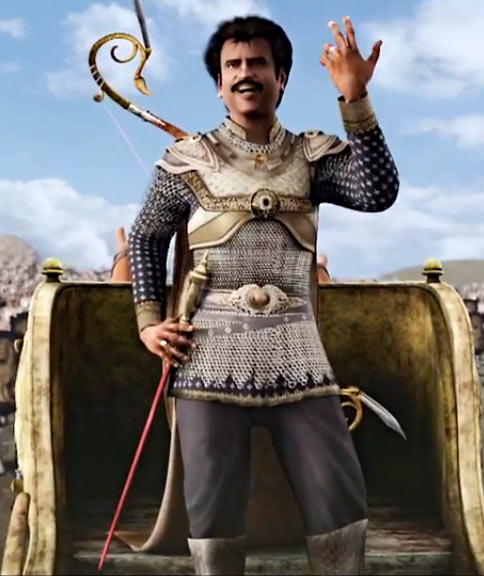 Even a phenomenon like Rajinikanth has seen failures in his movie career.

Superstar Rajinikanth has always been above and beyond the outcome of his movies.

Be it a sensational blockbuster like Sivaji: The Boss that broke all previous box office records or a debacle like Baba, his stardom remains unquestioned. Very few actors in the Indian film industry command this kind of unwavering loyalty.

Rajinikanth's latest venture Kochadaiiyaan opened to mixed reviews. His loyal fans raved about it, and predicted that it would be a blockbuster.

Critics, on the other hand, did not agree.

The film has not fared as per expectations at the box office.

We look back at Rajinikanth’s biggest flops through the years. 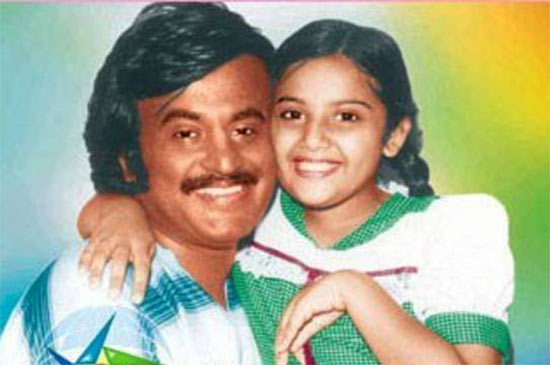 Anbulla Rajinikanth is about a young wheelchair-bound cancer patient named Rosy (Meena), who lives in an orphanage.

Rosy is rude and dislikes everybody, but she opens up to Rajinikanth, who plays himself in the film.

Rosy enjoys Rajini's films and a special bond develops between the two.

The film ends on a tragic note with Rosy dying on a Christmas Eve, clutching Rajini's shirt.

Ilaiyaraaja's music was a huge hit.

Unfortunately, the film was a huge failure at the box office. 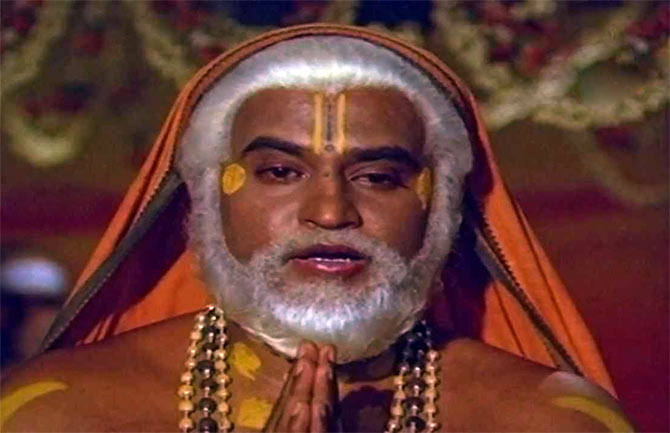 The Superstar had penned the script himself, and the film was produced by his mentor K Balachander's Kavithalaya Productions.

The film gives a full account of the life and times of the great Sri Raghavendra Swami, chronicling the period from his birth to his Mahasamadhi.

Though Rajinikanth gave a brilliant performance, the film was a huge disaster at the box office. 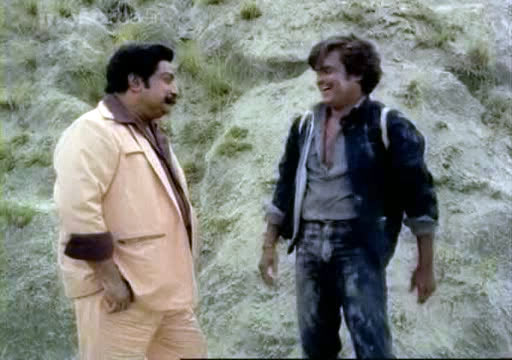 With back-to-back flops in Tamil as well as Hindi films, 1986 was one of the worst years for Rajinikanth.

Viduthalai -- starring the legendary Sivaji Ganesan, Rajinikanth and Kannada superstar Dr Vishnuvardhan -- was a remake of the Hindi hit Qurbani.

An action thriller directed by K Vijayan, Viduthalai lacked the soul of the original film.

Even with a great script, an impressive star cast and enormous budget, the film was a big let down. 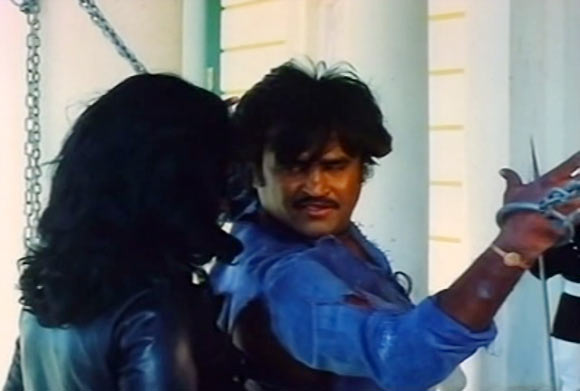 Rajinikanth's Maaveeran and Kamal Haasan's Punnagai Mannan released together on the Diwali of 1986.

The latter went on to become one of the biggest hits of the year but the Rajini-starrer received negative reviews and flopped.

Directed by Rajasekhar, it was a remake of the Amitabh Bachchan-starrer Mard.

Set in the backdrop of British India, Maaveeran was the first Tamil film to be released in high resolution 70mm widescreen format. 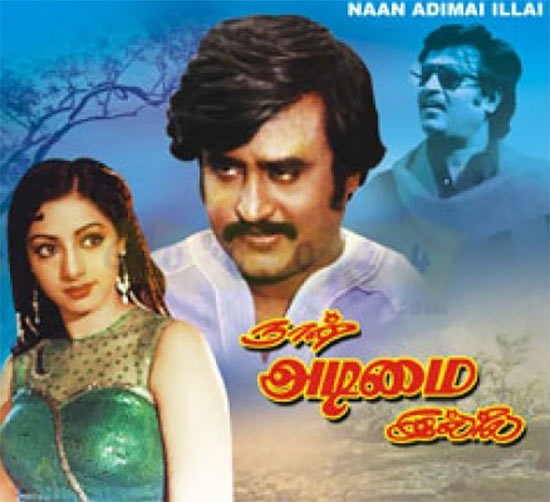 The film revolves around the problems faced by a young couple, whose marriage is doomed from the start, as they come from different social backgrounds.

Rajinikanth plays a photographer while Sridevi is the daughter of a rich industrialist.

This film marked the end of Sridevi's illustrious career in Tamil cinema. 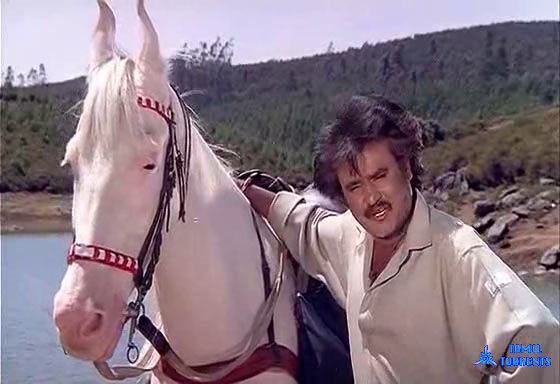 Siva was the remake of the 1977 hit, Khoon Pasina, which starred Amitabh Bachchan and Vinod Khanna.

Childhood buddies Rajinikanth and Raghuvaran are separated after a villain destroys their families.

Twenty years later, Raghuvaran, who grows up to become a hired goon, is employed to kill Rajinikanth. Predictably, they recognise each other, reunite, and fight the bad guy together in the climax.

The film was produced by Kavithalaya Productions and directed by Amirjan.

It failed at the box office, despite good performances by both Rajini and Raghuvaran. 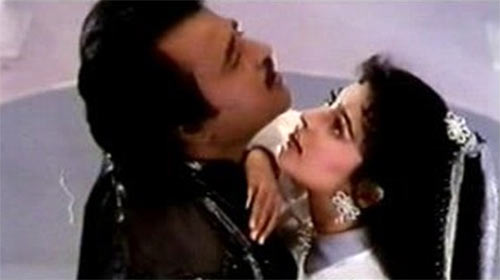 Naatuku Oru Nallavan tells the story of an honest policeman and his fight against the deadly organ transplant mafia.

Akkineni Nagarjuna played the lead in the Telugu version titled Shanthi Kranti while Rajinikanth starred in the Tamil version.

Ironically, the film did not work in any language, and was a major disaster. 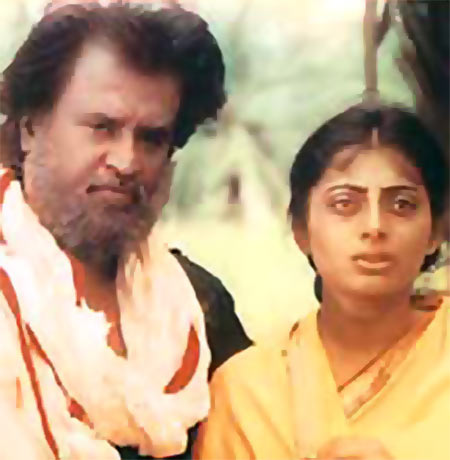 Yet another film written by Rajinikanth, Valli failed at the box office. Rajini was also the producer of the film and incurred huge losses.

Valli tells the tale of a young woman, who is cheated by the man she loves and how she eventually kills him in a dramatic climax. Rajini played a cameo here.

The film had music by Ilaiyaraaja and was directed by K Nataraj. Director Hari of Saamy and Singam fame was one of the assistants in this film. 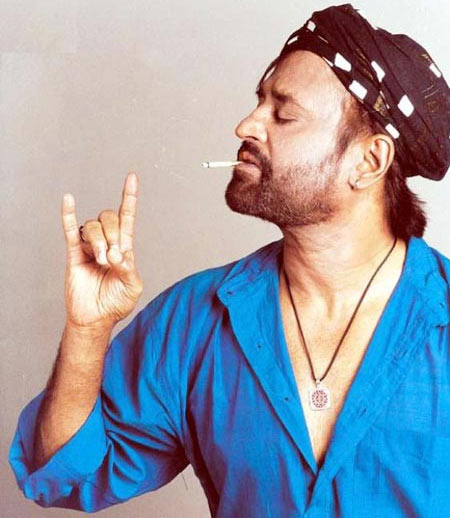 Baba was such a disaster that Rajini later compensated the distributors for the losses incurred.

Written and produced by the Superstar himself, the film released amidst much fanfare and huge expectations.

It portrayed the spiritual transformation of an atheist -- Baba (played by Rajinikanth) spent his life drinking, smoking, chewing tobacco and playing cards.

A twist of fate brings him to a powerful saint, who grants him seven boons.

How these boons change his life forms the crux of the story.

Surprisingly, the man who directed Rajini's biggest flop was also the one who was instrumental in elevating him to the status of a demi-God with the cult classic Baasha (1995). 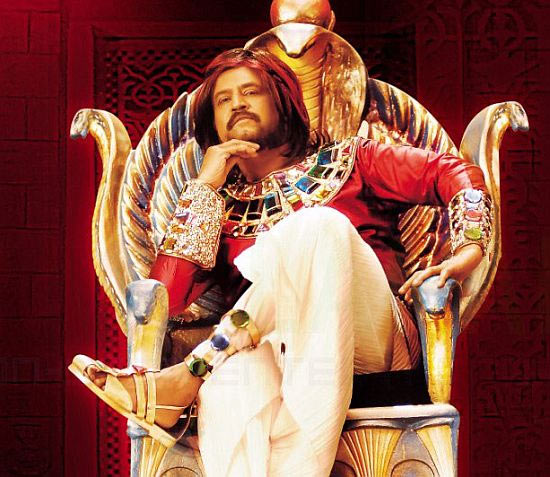 Directed by P Vasu, Kuselan was a remake of the popular Malayalam film Kadha Parayumbol.  The plot revolved around the beautiful relationship between a poor villager and a superstar.

Best friends in childhood, life takes them on different paths -- one of them reaches the pinnacle of success while the other struggler as a lowly village barber.

Fate brings them together again after 25 years.

The film stars Pasupathy and Meena, with Rajini and Nayantara appearing in extended cameos.

The film was, however, marketed as a Rajini film and fans were disappointed by his limited screen time.