Sign in  |  Create a Rediffmail account
Rediff.com  » Movies » 'Raaz 3 can never be as dramatic as my life'

'Raaz 3 can never be as dramatic as my life' 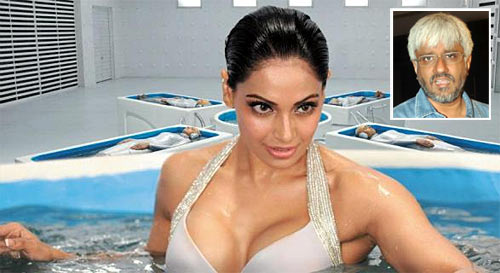 Image: A scene from Raaz 3 inset Vikram Bhatt
Patcy N in Mumbai
Vikram Bhatt brings his life on screen yet again with Raaz 3.
The first time he did so was in Ankahee, which had echoes of his relationship with actress Sushmita Sen.
In Raaz 3, he draws on his relationship with Ameesha Patel.
Vikram Bhatt tells Patcy N why Raaz 3 benefits from his personal experiences and what the horror genre means.
Mahesh Bhatt has said that this film is based on your life.
Trust Bhatt saab to say something controversial. I have had a relationship with two actresses. I have lived with them closely.
However beautiful a woman may be, she gets cold feet, she gets angry, she fears, she has insecurity-she is a human being. I have had the fortune of seeing very glamorous and beautiful woman close up and I have seen their fears and insecurity.
When we were making this film in which Emraan (Hashmi) plays a director who is caught between two superstars, I could bring something to the film that nobody else could because I have seen this with my own eyes.
Raaz 3 can never be as dramatic as my life.
Tags: Vikram Bhatt , Mahesh Bhatt , Patcy N why Raaz , Ameesha Patel , Sushmita

'Ameesha and I saw bad times together' 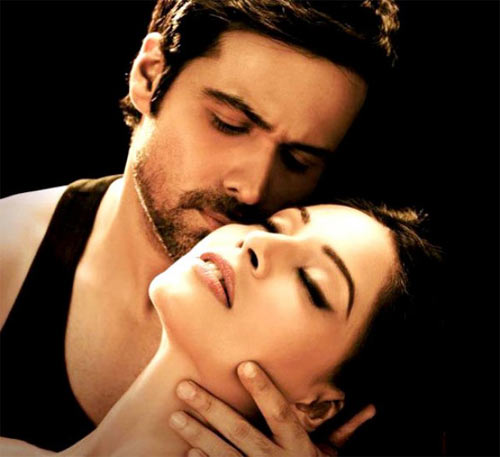 So is Bipasha Patel's character in the film based on Ameesha Patel?
Ameesha is nothing like that. Ameesha and I saw bad times together. When the good times came, unfortunately, we were not together.
I was having my string of flops and she was also struggling. As luck would have it, we broke off just before my film 1920 released. Thereafter I had hits like Shaapit and Haunted.
With Kaho Naa Pyaar Hai, Gadar and Hum Raaz, Ameesha arrived at the top. But then she saw other girls take over. I also saw other directors overtaking me. So we both went through difficult times.
So, I understand the pain of an actress who is losing her ground. I have seen her being so excited about Thoda Pyaar Thoda Magic. Ameesha had pinned all her hopes on the film. I felt that the film did not do well. I have seen her pain. But she never resorted to black magic or anything like that.
I have these memories of a girl fighting hard to bring back the time gone by. I too was having my struggle in the bad phase. So it is not just about her, it is also about me.
Luckily, I was able to re-invent myself because I am a director, who doesn't have a shelf life. But beauty has a shelf life. That is the unfortunate part for any actor.
My daughter saw Shakti Samantha's Barsaat Ki Ek Raat starring Amitabh Bachchan and Raakhi. Some time later, she saw a film in which Raakhi played Amitabh Bachchan's mother! She was shocked. I can't forget that incident.
Hindi film heroes never age but Hindi film heroines age fast. Like Aamir Khan today does films with younger actresses like Asin and Anushka, but if you see the girl with who he made his career--Juhi Chawla--where is she today?
Aamir is 47 years old but he can play a college student in 3 Idiots. Yet, we will not accept Madhuri Dixit that way. It is unfortunate that actresses are used only for glamour and sexual quotient in films.
Now that Ameesha has started her own company, I wish her all the luck. I hope everything works for her. I have seen her go through a lot in terms of her parents, her case, among other things. Everything came at one time. It was unfortunate. It feels nice that she is doing well now.
Tags: Ameesha , Amitabh Bachchan , OJuhi Chawla , Shakti Samantha , Hum Raaz 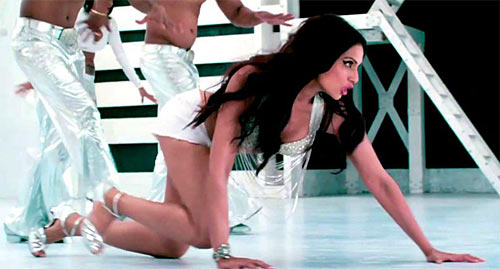 How did Bipasha come on board?
Bhatt saab and Mukeshji were in touch with Bipasha. They had a small disagreement about a song in Murder 2. But when Bipasha, Bhatt saab and Mukeshji met again, Bipasha told them if there is something interesting they want to make they can approach her; she would certainly like to work with them.
We wrote five different stories for Raaz 3. Writer Shagufta teases me that now we have scripts upto Raaz 10!
When we narrated the script to Bipasha, she loved it and she was in. Jacqueline was also supposed star in the film. But she was not happy with the role and sexuality part and opted out. So Esha Gupta, who was already doing Jannat 2 (with Vishesh Films) stepped in for the other role.
You worked with Bipasha at the very start of her career and now you are working with her in her comeback film. How has she changed?
Bipasha is a good friend. I still tease Bipasha that she and Dino did such a bad dance in the first Raaz that we had to edit it!
We shot it in Switzerland. The dance was so bad that we thought audiences would walk out.
Bipasha has changed over the years. She has been 10 years in the industry and has acted with all the big actors. She has learnt a lot with experience. But our relationship is still the same, only now it is difficult to bully her, she has wisened up!
Tags: Bipasha , Bhatt , Mukeshji , Raaz , Esha Gupta 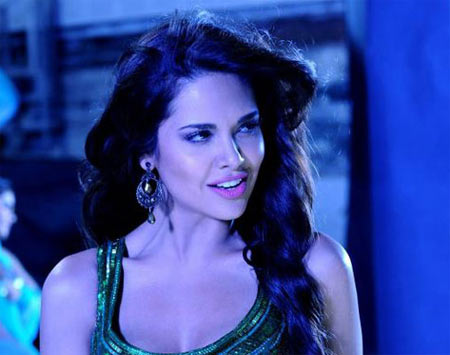 How was it returning back to Vishesh Films and Mahesh Bhatt?
I don't even remember the incident because of which I left Vishesh and Mahesh Bhatt. In every relation of 10 to 15 years there are many issues that come up and with time the differences grow and they come out at the wrong place at the wrong time.
After a long time you realise that you fought on such a trivial matter. We never parted ways because of some film--it was an emotional sulk from my side.
Bhatt saab and Mukeshji have done so many things for me. My father has done 26 films with Bhatt saab as cinematographer; I have known Bhatt saab since I was four years old.
There was a time when my first four films had flopped and I did not have any film on hand. They still gave me Fareb, which was a turning point in my career.
I realised I had not repaid my debt to them properly. So when I learnt 3D, I decided that I should give guru dakshina to my Guru. I told them I wanted to repay my debt by making a 3D film.
Raaz is not just a film for me. It is a tribute to Mahesh and Mukesh Bhatt.
What is the difference between the first Raaz that you directed and this one?
The music in the first Raaz is very good. It was the first horror film that was shot aesthetically. The story was better than any horror film made before.
I remember at the trial show of Raaz, a very famous director who I don't want to name, told me, "Vikram, you are mad. In a horror film, you have a 25-minute flashback, that too with a new girl, Malini. You will be destroyed. Remove the flashback."
I went and spoke to Bhatt saab about it. He said, "Let it remain as it is." When the film released, many people liked that 25-minute portion the most. The song Aap Ke Pyaar Main was a hit. There was no horror in that 25 minutes; it just had a human relationship.
Raaz 3 also has all this. The human story in Raaz 3 is so good that I would like to rate my film as being first on human story, second comes the music, third the horror and fourth on 3D.
The audience goes to the theatre to see Raaz with certain expectations, such as the music, the horror angle, good human drama and good performances. All these things are there in this film too.
What the franchise promises will be delivered.
Tags: Mahesh Bhatt , Raaz , Mukesh Bhatt , Aap Ke Pyaar Main , Malini 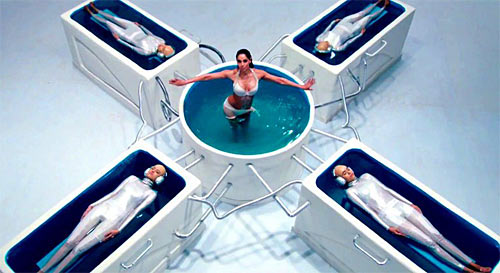 Will it be more scary in 3D?
There are portions in the film where you will shut your eyes. In one trial show some girls took off their 3D glasses and ran out of the theatre.
Your last three films, Haunted, Dangerous Ishhq and Raaz 3 are all shot in 3D. Why?
In Dangerous Ishhq I tried something new. I tried to make it an immersive experience like the Hollywood 3D experience. In Hollywood, you don't have things coming at you--they don't use 3D as a gimmick, they use it as a storytelling tool.
I tried to do that but when the film released people said, 'Iss film main 3D ka kya fayda?' (what is the use of 3D in this film). I realised that people here are still not prepared for 3D. For them, something coming towards them is 3D.
So, in Raaz 3, I have made it a point that everything comes flying towards everyone. I have compensated for Dangerous Ishhq.
How much are we lagging behind the West in the horror genre?
Let's not talk about horror films, let's talk about Hindi films, which are based on the old art form of India called nautanki.
In nautanki, dialogues are also sung, and therefore all our films are musicals. People used to Hollywood films don't understand why we sing in the film in between scenes, but that is our art form. Nowhere else in the world are films made like that.
Similarly, horror films in India have always had romance, mystery and good music right from the beginning. Mahal, Bees Saal Baad, Woh Kaun Thi, Kohra, they all had great music and a romantic angle.
Some directors made English kind of horror films like 404. It was a very nice film and well made, but the audience here did not like it.
We want a good-looking heroine, drama, music, everything in one film. Therefore, we can't make films like Grudge and Ringu (a Japanese film), or Friday the 13.
Which is your favourite horror film?
I love Paranormal Activity because it scares you more with little effort. I like The Blair Witch Project and the Omen series and The Exorcist. I love Exorcism of Emily Rose.
Tags: Dangerous Ishhq , Raaz , Hollywood , Bees Saal Baad , Paranormal Activity
More