Sign in  |  Create a Rediffmail account
Rediff.com  » Movies » Konkona: It's quite hard to be a working mother

Konkona: It's quite hard to be a working mother 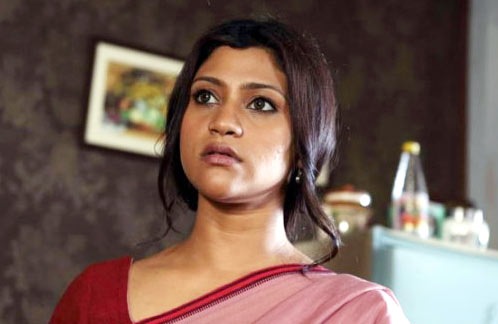 Konkona Sen Sharma gives me an uninterested look, as we get ready for an interview for her new film, Ek Thi Daayan.

Dressed in a white cotton sari, the actress is in a rush to get back home to her two-year-old son.

But she's forced to speak to me, and does.

Ek Thi Dayan is an adaptation of a story written by her father, Mukul Sharma.

"My father wrote the story in 1975," Konkona softens, as she talks about her dad. "It was a three-page story. It's special to work in a film written by my father. He developed the screenplay with Vishal (Bhardwaj, producer) for the film."

The actress is confident that Ek Thi Daayan will be liked by the audience. "I don't think there is a need to worry because we have a fantastic cast and Vishal and Ekta (Kapoor) are good in what they do," she says.

Konkona has been away from the arc lights for two years since her marriage to actor Ranvir Shorey in 2010, and the birth of their baby the next year. "I had a baby and that was pretty time-consuming. I started working last year. I did three Bengali films and two Hindi films. They will start releasing slowly," she says.

She admits it is difficult to juggle between personal and professional lives but she enjoys it. "It is quite hard to be a working mother. At the same time, it is hugely rewarding. I have learnt to appreciate working mothers everywhere because millions of women are doing that, including my maid," she says.

Kalki Koechlin: If I ever had do an item song, I would need a four month rehearsal! 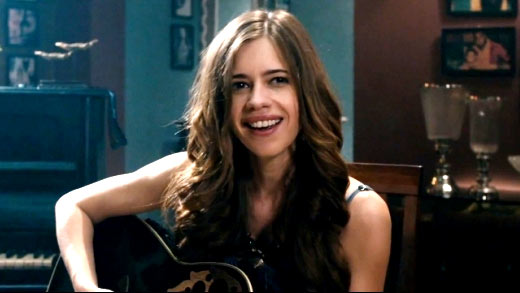 After Konkona's aloofness, Kalki Koechlin was a welcome change, as she greeted me with a bright smile, and said, "This is just my 20th interview of the day, so please be nice to me."

Known for her unusual choice of films, Kalki says she chooses her film irrespective of the genre. "I am a selfish actor and don't look at movies and the genre they belong to. Ek Thi Daayan is not a typical horror film. This is not a film where blood falls from everywhere, and someone gets killed every other minute. It is a psychological suspense-thriller."

Kalki says she doesn't believe in ghosts. "I never had an experience of witches or ghosts. I believe that there are negative and positive energies around. It is not scientifically proven but I believe in mysticism."

The actress will be seen next in a commercial film called Yeh Jaawani Hai Deewani, co-starring Ranbir Kapoor and Deepika Padukone.

"That's out of my comfort zone, just like Zindagi Na Milegi Dobara. In Yeh Jawaani Hai Deewani, I am a funny and bindaas tomboy character, who is friends with Ranbir and Aditya Roy Kapur. Although the role was fun, it was difficult. I am not someone who can talk loudly, yell and abuse," she says.

Dancing is tough for her as well.

"If I ever had do an item song, I would need a four month rehearsal!" she exclaims with a laugh.

Huma Qureshi: I laugh at my link-up reports 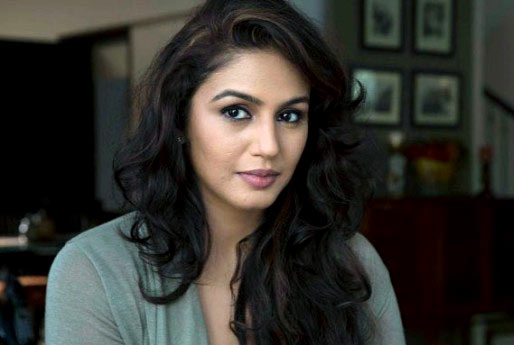 The third actress in the film -- Huma Qureshi -- was down with a sore throat and was on medication. She requests me to keep the interview brief, and so I do.

Huma made a confident debut in 2012's critically acclaimed Gangs of Wasseypur, and was also appreciated in her next, Luv Shuv Tey Chicken Khuranna.

She feels there is scope for horror films in Hindi cinema, as the era for tacky horror cinema is gone.

"Emraan's last film Raaz 3 was a huge success. Earlier B and C grade kind of horror films were made, where there were tacky costumes, prosthetics and bad story line. Today, things are different," she says.

Huma is confident that Ek Thi Dayan will redefine horror films in Hindi cinema. "Ek Thi Daayan is going to be a path-breaking horror film. A trend of new kind of horror films will make inroads with Ek Thi Daayan. It is about a short story about a few children, who meet a woman and think a daayan (witch) is in a lift. To take an idea from a short story and make it into a film is really amazing."

Off screen, the actress claims she does not concern herself with rumours surrounding her link-up with Anurag Kashyap. "I care a shit about all these things. I laugh at these reports," she concludes.