Sign in  |  Create a Rediffmail account
Rediff.com  » Movies » Mumtaz: Even though I have family and friends, I am lonely

Mumtaz: Even though I have family and friends, I am lonely 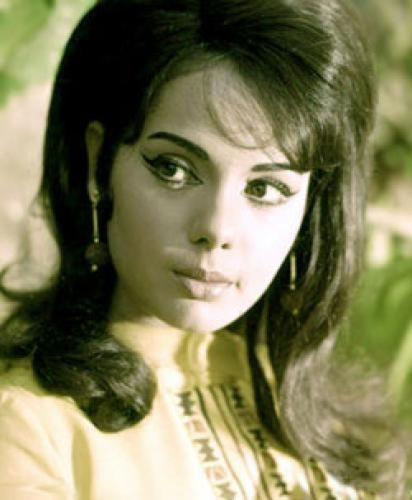 Everyone wanted a piece of the beautiful Mumtaz in her younger days.

Unfortunately, today, the actress claims she is very lonely.

On July 31 -- her 65th birthday -- Mumtaz shares some heartfelt truths about her life, and also reveals her birthday plans.

65 years of a celebrated life. How do you look back?

No complaints. My first 26 years was a time of hard work. I was an obedient child to my parents. Whatever I earned, I gave to my parents and never asked them where it went

After I got married, my husband gave me a lot of comforts. I enjoy the life of affluence. But I am a bit lonely.

Why are you lonely?

My husband is traveling constantly. My children have grown up. My elder daughter Natasha is married to Fardeen Khan and lives in Mumbai.

My younger daughter Tania is learning our family business from her father, so she travels a lot. What can I do? I can't follow them around the world, can I?

'People mistake my shyness for arrogance' 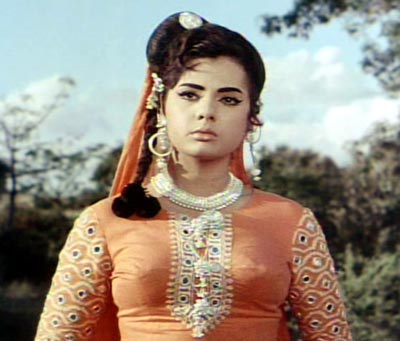 But surely you have your own life?

I do. But I don't socialise. I rarely drink. I am not a night person. Clubs are not my sce#8800 I hate the noise and one can't converse.

I go out for lunch with my friends, go for walks, watch educational channels on television and the news so I'm aware of what's going on in the world. By 11pm, I am fast asleep. I wake up at 7 am.

Have you thought of relocating to Mumbai?

I have two homes in Mumbai, in Juhu (a western suburb) and Colaba (South Mumbai). I visit very often but because of the life I have now, I cannot live in India.

Even though I have friends and relatives in Mumbai, I'll be alone there. Everybody loves me but I can't make everybody my close friend. I don't make friends easily.

At my age, you can't forge new associations because you never know what the other person has in mind.

Have you kept in touch with your friends in the film industry?

I haven't met Shatrughan Sinha for years but I know I can drop in at his home any time and I'd be welcome. It's the same with Yash Chopra.

I can walk into any of my old colleagues' homes but I am a very shy person. People mistake my shyness for arrogance.

'Who will come from Mumbai to London for me' 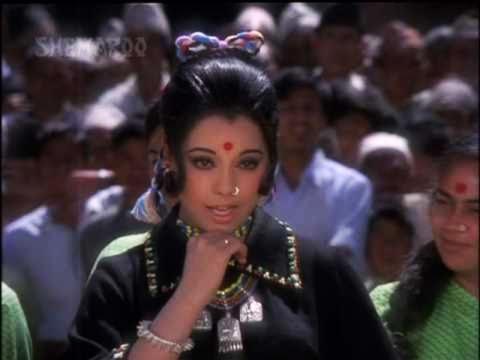 What are your plans for your birthday?

My husband (entrepreneur Mayur Madhvani) has arranged dinner for family and friends.

No friends from the film industry?

Who will come from Mumbai to London for me? It costs money to travel so far. When money is involved, no one thinks of the occasion. Kaun mere liye Rs 1.5 lakh kharcha karega (who will spend Rs 1.5 lakh for me)?

'If you're a nobody, you aren't invited to parties' 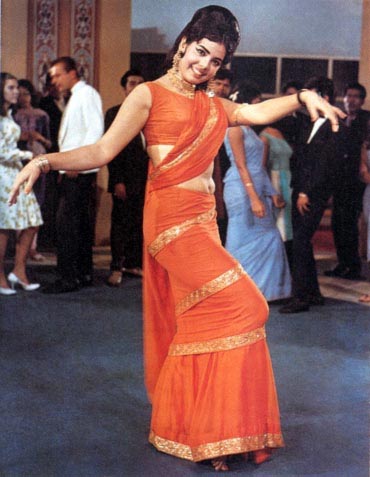 Even more important than relationships?

Yes, you are judged not for what you are but how much money you have and what position you have in society.

If you don't have money and social standing, no one looks at you. If you're a nobody, you aren't invited to parties. I am still remembered back home because ek zamaane mein main Mumtaz thi (at one time, I was Mumtaz).

In that case, if you were not Mumtaz, Mayur Madhvani wouldn't have married you?

'Only the love between a mother and a child is unconditional' 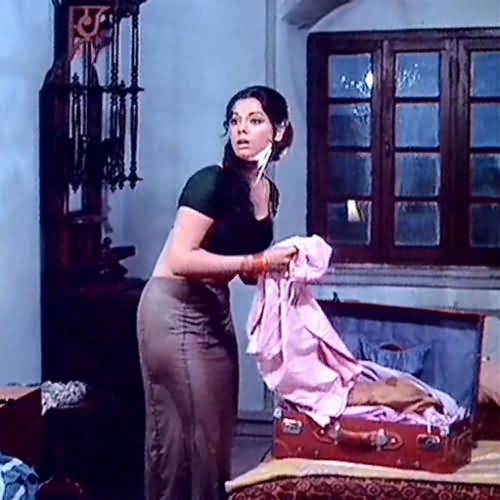 What about the love between a parent and a child?

Only the love between a mother and a child is unconditional.

It's a fact. Look at marriages all over the world .Who looks after the child? The mother.

My husband is a good father but I have friends who have brought up their children alone. In my own case, my parents divorced very young. My mother took my sister Mallika and me when she left my father.

My father said he wouldn't give her any money. He gave her the daughters instead.

'We were a typical Irani family' 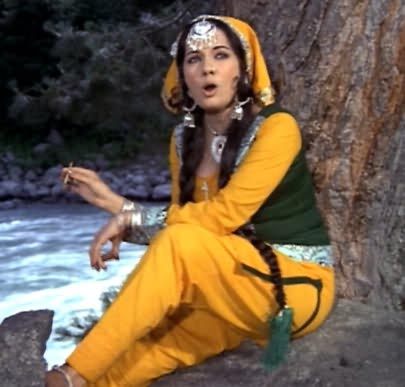 So your father was around?

Of course! People believed I was fatherless because (late journalist) Devyani Chaubal wrote, 'Mumtaz has got no father.' I took her to court. My father, who lived in Hyderabad, promised to come to court to prove her wrong.

No, the magazine and Devyani apologised publicly and I forgave them.

So you were raised by your mother?

My grandmother, mother and my aunt. It was a wonderful childhood. We were a typical Irani family. Later, my mother re-married and had two sons. One of them died. I have a stepbrother named Shah Rukh Askari in Mumbai.

'Seeta Aur Geeta was first offered to me' 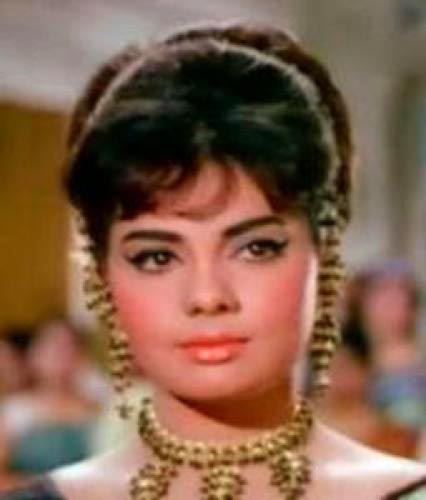 You had a lot of fans back then.

Yes. I started my career on a wrong note, as a supporting actress. Even then, I became one of the top-most heroines by the age of 18. Then I got married at 26 and left India.

Which are your favourite roles and films?

Khilona was a turning point for me. Producer L V Prasadji had the guts to sign a side actress like me in the author-backed role. It broke my glamorous tomboyish image. Do you know Seeta Aur Geeta was first offered to me? But they offered less remuneration so I said no.

Do you regret losing it?

No, why should I? Because it was a hit? But I gave so many hits. Hemaji (Hema Malini) got her first Filmfare award for Seeta Aur Geeta. I got it before that for Khilona. 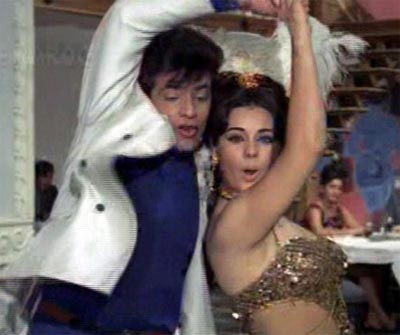 What about V Shantaram who cast you as a leading lady for the first time in Boond Jo Ban Gayi Moti?

I was doing Khilona and Boond Jo Ban Gayi Moti at the same time.

I was signed for a guest appearance in a song. I had done bit roles in Shantaramji's Stree and Sehra, so I couldn't say no to him. So I agreed to do a song in Boond Jo Ban Gayi Moti.

Then his daughter Rajshree, who was playing the lead in the film, decided she didn't want to work. So Shantaramji decided to cast me as the leading lady in the film. But the film's leading man Jeetendra refused to work with me.

Shantaramji put his foot down and told him to leave the film if he didn't want to work opposite me. Jeetuji finally relented. I held no grudges against Jeetuji because in those days, many big heroes refused to work with me.

Jeetendra and you did so many films subsequently.

Yes, but our jodi did not become as successful as Rajesh Khanna and I. My films with Jeetu didn't click.

'My heart broke when my comeback film Aandhiyan flopped' 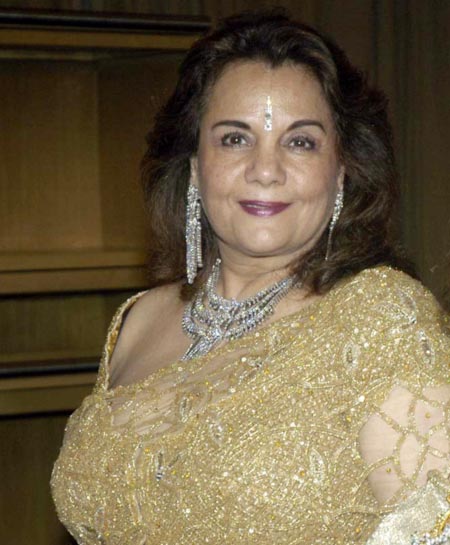 You left the film industry so long ago...

Forty years ago. But I made a comeback in 1990 with Aandhiyaan. When that flopped, my heart broke. I did get offers after that but I decided against doing any more films. There's too much politics in the film industry. Besides, I live in London. Working in Mumbai would have been impractical. It meant too much stress. I didn't need it.

Is there any recent role you felt you should have done?

I liked Hemaji's role in Baghban. But I don't like any other film she has done lately.

To see you play an aged woman of grown-up children would be unacceptable.

That's one of the reasons why Aandhiyaan failed. People wanted to know why I was playing mother to an 18-year old. I was a trendy mom in jeans. I dressed in the film how the heroine dressed in the original Pakistani film.

Director David Dhawan wanted me to dress and behave exactly the way it was in the original. It didn't go down well with the audience.

'It's good to go with the unpredictability of life' 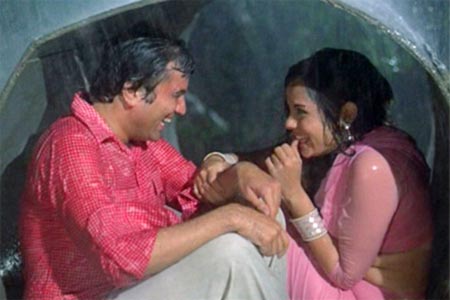 When I was in Mumbai recently, I visited Kaka (Rajesh Khanna) in hospital. I don't understand why one needs to hide one's illness.

When I was ill with cancer, the chemotherapy affected my thyroid gland. That meant that whatever I ate added to my weight. I bloated up. But since my fans knew about my condition, no one made fun of me.

People know that that no matter how big the star is, he or she will die one day. Nothing is permanent. Experience has taught me there's no unconditional love in this world except between a parent and child.

I have homes in Mumbai, London, Uganda, Kenya and New York. You may find me in any of these cities. It's good to go with the unpredictability of life.