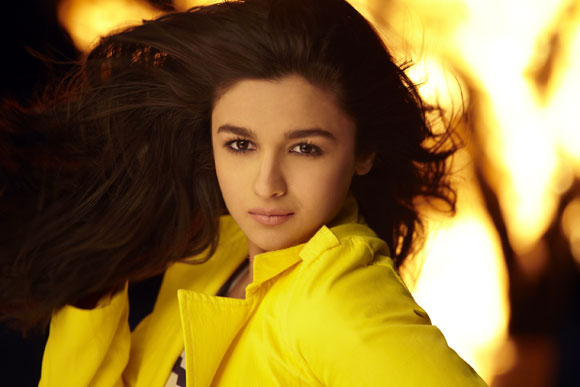 Young but not immature, confident yet not brash and stylish without trying too hard -- Alia Bhatt, 19, is quite simply, a breath of fresh air.

Born into a film family, Alia is the youngest daughter of filmmaker Mahesh Bhatt. She thinks like her father and speaks like her half sister Pooja Bhatt, but she infuses it all with an energy that is her own.

And now she is being presented to Bollywood and the rest of the world in the grandest way possible, through the vision of the man who can make almost anything look beautiful -- Karan Johar.

Alia tells Rohit Khilnani how she got lucky.

You come from a famous film family. So is it right to assume that you always wanted to be an actor?

Yes, always! I always wanted to act but it was not because of the influence of my family. I just wanted to act since I was four! I used to watch a lot of movies. One of the things that attracted me were the songs picturised on Govinda and Karisma Kapoor, who would dance in the middle of the street! 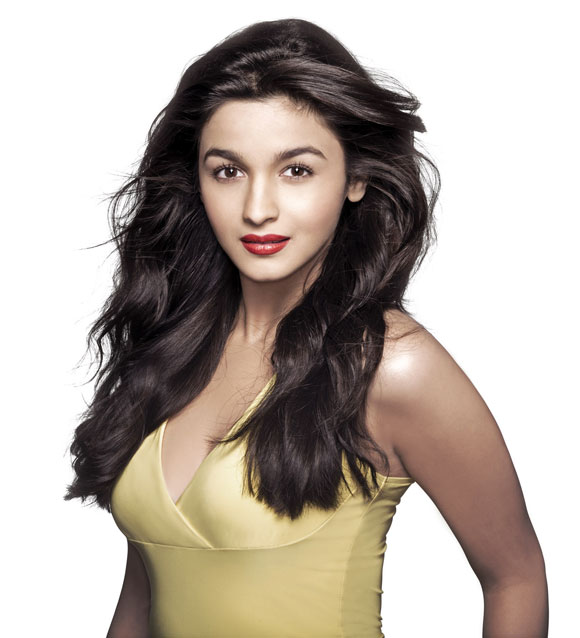 How did Student Of The Year happen?

It was common knowledge that I was interested in acting. One day, I was called and was told to come down and meet Karan. I didn't know what it was for or which film it was for.

I was about to start my 12th standard so I never thought I would be offered a lead role at that age. I was three times my size at that time! (Laughs)

I met Karan. He said he was making a film -- a young college film -- and two boys were finalised. They were looking for a girl. I was told to audition along with 500 other girls, who auditioned for the same role. I made it to the top 10! Then Karan told his team to call me and ask me to lose some weight.

This girl had to be a young, hot college girl, perfect in every way. I was put on to a personal fitness instructor, who put me on a diet. So all I ate was vegetables and chicken and gave up everything that I loved to eat.

That must have been tough, right?

Oh very tough! There was a phase when I used to wake up and tell everyone at home that I dreamt of cake. (Laughs) But eventually a few weeks later, I was 16 kilos lighter. After the photo shoot, Karan finalised me for the role.

'I didn't go to my father for acting tips' 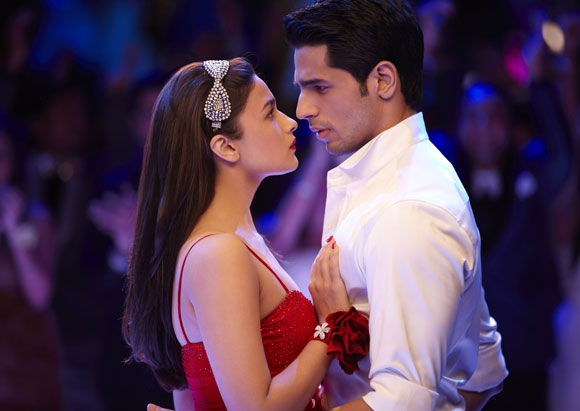 Image: Alia Bhatt and Siddharth Malhotra in Student Of The Year

How have family and friends reacted to this big leap?

My friends are thrilled. They wish me luck all the time. My parents are very happy. My father was very close to Yash (Johar)uncle so he is happy that I am doing a film at Dharma.

Your dad has been a mentor to a lot of people. He is one of the most creative filmmaker in Bollywood. Did you take acting tips from him?

Since I was not doing a film for him, I didn't go to him for acting tips. If I was stuck in a situation where I needed help, I used to go to my director. I deliberately wanted to learn from my own mistakes so I didn't ask him anything. For me his is my father, he is not Mahesh Bhatt.

Are you anything like to Shanaya Singhania, your character in SOTY?

Shania is just perfect. She obsessed with clothes, she is too hoity toity. I am exactly the opposite real life and there is a reason for that. Like I told you earlier, I was chubby and that's why I wanted to cover every part of my body! (Laughs)

But yes, when I went to malls and saw the mannequins in perfect clothes with the right bags, I obviously wanted to be like that. I am now experimenting the whole fashion zone.

'I still wonder why people want to know about me' 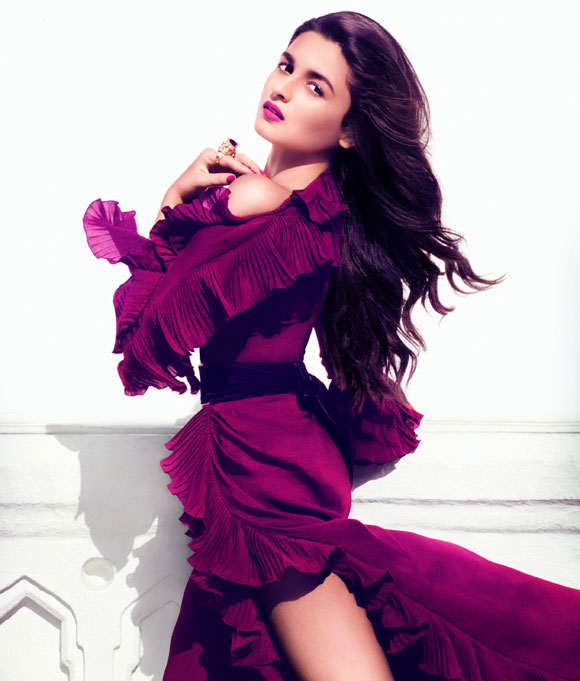 Not just getting a Karan Johar film, you have another big achievement. You are on the cover of Vogue, that's something that takes a lot of time.

Yes, it feels amazing. I was very nervous on the day of the shoot and Anaita (Shroff Adajania, stylist) told me just go for it and be yourself. I really struggled but it came out well.

Stardom is one thing. The work that goes behind it is another. You now know that apart from shooting and dubbing, you also have to be a part of marketing and promotions. Are you enjoying that as well?

I am learning. I am still too new so I still wonder why people want to know about me. Now that you are asking me all these questions, I wonder why would people read so much about me or want to know what I feel about something because sometime back no one really cared! (Laughs). It's obviously a lot of fun!

'I am not qualified to do anything else' 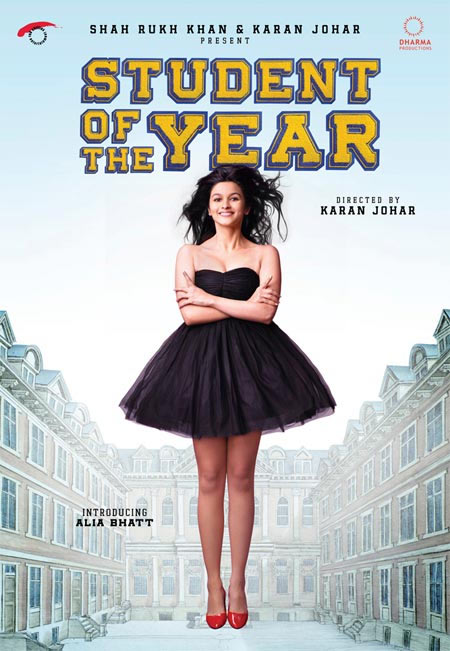 Image: Alia Bhatt on the movie poster of Student Of The Year

So now that your posters and songs are out, do people recognise you?

Sometimes they do. So when they come to take pictures, I wonder if I should thank them or no. Because they thank me and I'm like you took a picture with me so I should thank you!

I know you said you wanted to be an actor but was there any backup plan incase acting didn't work out?

There was no backup plan. I am not qualified to do anything else. I am good in painting so I guess I would do something in the creative field. But here I am... acting!