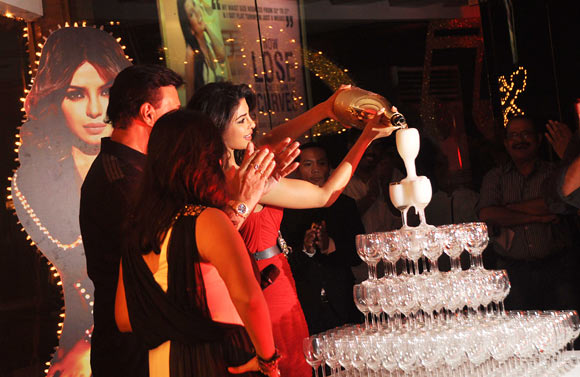 After the not-so-phenomenal response to her international pop number, In My City, actress-singer Priyanka Chopra is back on the home turf of gaudy item numbers.

Pee Cee is seen in an electronic top gyrating to the number Babli Badmaash, which is a special song in Sanjay Gupta's new film, Shootout at Wadala.

For the official launch of the song, the actress, along with producer Ekta Kapoor, director Sanjay Gupta and music director Anu Malik were in attendance at a bar in suburban Mumbai.

"In My City is an international song made for a global audience. Babli Badmash in comparison is a drastically different experience tailored exclusively for the Indian market. But I am an artist and so I am very comfortable doing both kinds of songs. I don't have any kind of reservations," said the actress when this reporter asked her if she had any reluctance to do this number post her international debut.

'I am a big fan of Fevicol Se from Dabangg' 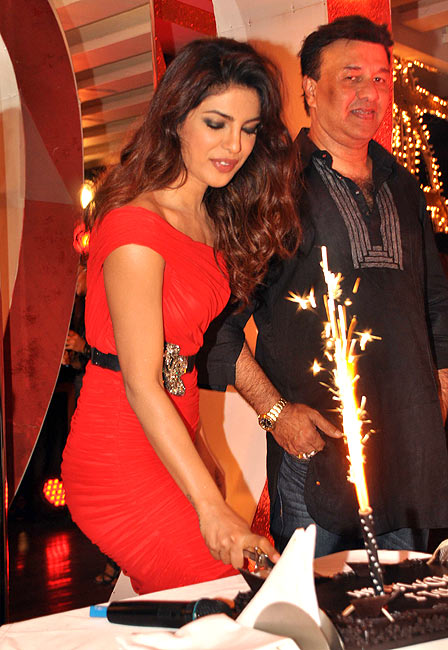 When asked if she'd continue to do item numbers, she said that the term "item numbers" itself was over-abused. "That term just cheapens it all up. I am happy doing the song, and if there's another song that comes up which I like, I most definitely will do it. I am a big fan of Fevicol se from Dabangg," she revealed.

Ekta Kapoor, who was insistent that only Priyanka perform this song said for the longest time she had the desire to work with Pee Cee. "I think she is very hardworking and the most professional actress of her generation. We recorded this song in two days itself. Usually item numbers take a lot of time. This was also the first time I think I went on a movie set."

'In real life I am not at all naughty' 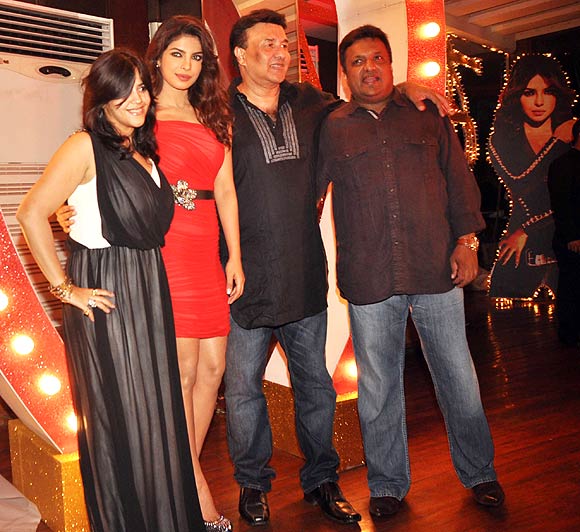 Anu Malik, who rounded up on the name Babli Badmaash said he came up with the term keeping Priyanka's personality in mind. "I mean look at her. She looks totally Babli. At the same time, she has this naughtiness on her face. So I felt Babli Badmaash quite perfectly conveyed Pee Cee's persona as well as it sounded catchy," said the musician. Countering this, Priynaka laughingly added, "No, but in real life I am not at all naughty. I am a very decent girl."

Wearing an outfit that quite obviously resembles that of Amitabh Bachchan's from the 1981 hit Saara Zamaana, Priyanaka considers this number as a tribute to Big B. "I have acted in three remake films (Don, Agneepath and Zanjeer) of Mr Amitabh Bachchan. I am a big fan of him. Unfortunately, I couldn't play his role. So Babli Badmaash is my ode to him."

'There are four hot-shot men in my film' 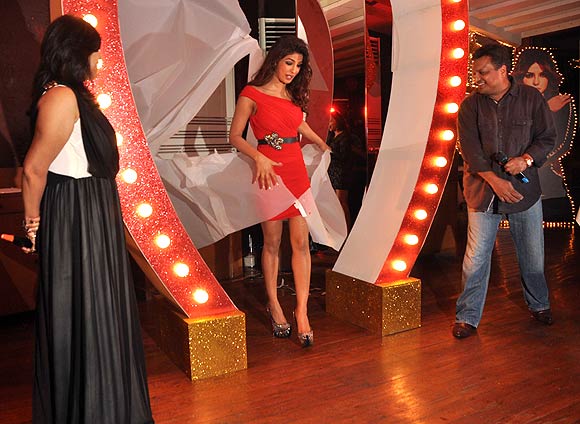 Image: Ekta Kapoor, Priyanka Chopra, Sanjay Gupta
Photographs: Pradeep Bandekar
But it is the brain-child of someone else. The producer, Ekta Kapoor, is a marketing wizard. Was it her call to incorporate an item number in a film that looks sufficiently strong without one?
"Look, there are four hot-shot men in my film. It is a testosterone jungle out there. I obviously need some sort of an element to relive that energy. That's where Babli Badmaash comes in."
But does an item number somewhere indicate the lack of faith in the film's script?
"We have a great script but we need the item number to make the film more commercial and massy. Ultimately I'm giving my audience a package of action and glamour. There should be nothing left that creates any kind of void," justified Kapoor.
Tags: 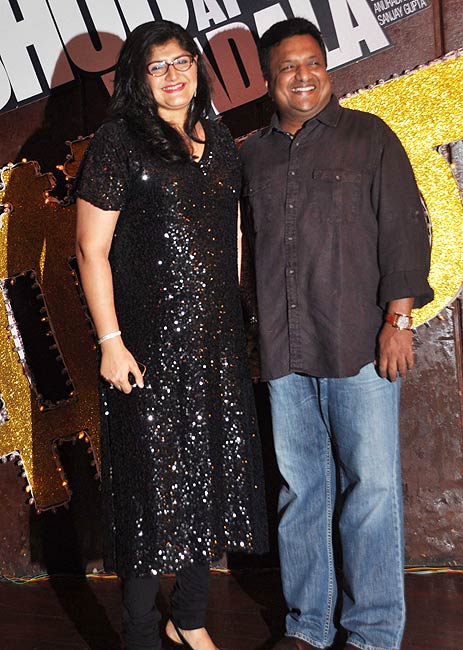 Image: Sanjay Gupta along with wife Anuradha
Photographs: Pradeep Bandekar
The National Awards were announced recently and the films that dominated the scene were Vicky Donor and Paan Singh Tomar. Did Barfi!'s snub by the committee bother Priyanka Chopra at all?
"It did. I am very disappointed and sad that Barfi! wasn't recognised at the National Awards. It is a very important award and if I say I am not saddened by the exclusion, I'd be lying," revealed the actress.
Tags:
More