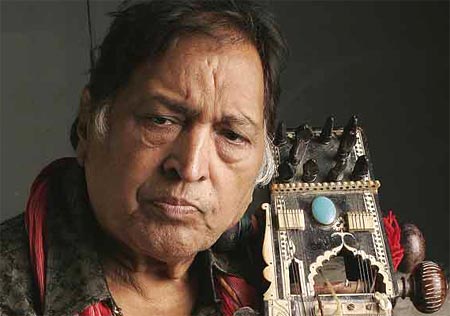 Bollywood stars tweeted their tributes for Sarangi maestro and classical singer Ustad Sultan Khan, who passed away on Sunday after a pro-longed illness. He was 71.

Shreya Ghoshal tweeted: 'Just heard about the loss of our dear Ustad sultan khan Sa'ab :( I had the gr8 fortune and honour of working with him. Too saddened:('

Akshay Kumar wrote: 'Renowned sarangi player and singer Ustad Sultan Khan passed away today. This has not been a good year what with so many great personalities leaving us. My thoughts and prayers with his family. RIP Ustad saab.' 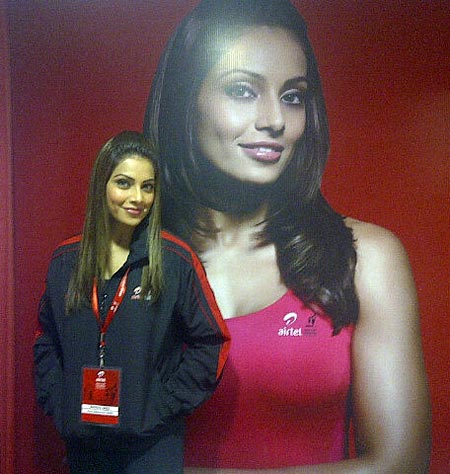 The Delhi half marathon was a star-stubbed event with Bollywood stars running for a cause and preaching their fitness quotient.

While Bipasha Basu and Shah Rukh Khan inaugurated the event, Gul Panag, Rahul Bose, Rajeev Khandelwal and Sidhartha Mallya were some of the celebrity participants.

Bipasha tweeted with a picture (left): 'Got to witness the amazing spirit of ppl at the #ADHM. Thank you Delhi.'

Shah Rukh Khan caught uo with his old friends from Delhi. 'Marathon bound...the airtel half marathon in delhi...fog...lil chilly...oooh dilli. Always a pleasure to be with airtel team..old friends,' he updated. 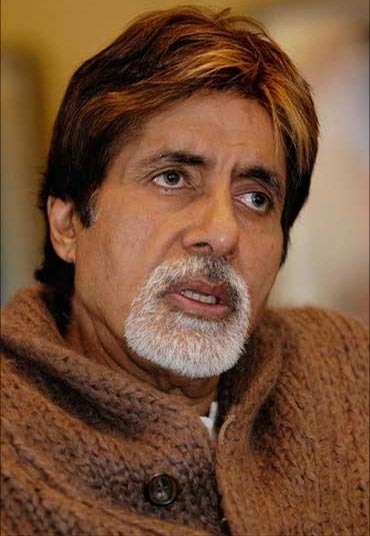 On the third anniversary of 26/11 terrorist attack, Amitabh Bachchan launched an album titled Sound Of Peace along with Aadesh Shrivastava and Ustad Rashid Khan as a tribute to the victims. He has also lent his voice for the album and the earnings go to the families of the victims.

He tweeted: '26/11 !!! And our thoughts and prayers go for all those families of the Force who gave up their lives so we could live in peace !! There will be a Concert in a couple of months and all those that contributed to the album 'Sounds of Peace' shall perform for charity. The charity shall be for all those police families that lost loved ones, who have no means of existence - ignored and forgotten !! Men from the forces, who sacrificed their lives so we could live peacefully .. tremendous courage and duty towards their vocation !!'

He also tweeted about his father Harivanshrai Bachchan's birth anniversary. 'My fathers Birth Anniversay today, 27th Nov .. In prayer and in thoughts with him ..a great human, great mind, and a great Father !! A day spent in remembering his words his wisdom and his presence .. prayer for his peace in his heavenly abode .. All that I am is because of him .. his guidance, his morals, his culture and his ethics ..now just fond memories of his to live with,' he added.

However, he isn't enjoying his lazy days and wants to be back at work. 'Another lethargic day .. need to get back to the camera and lights .. .. work keeps you alive and bright, get back to it Mr B !!' he tweeted. 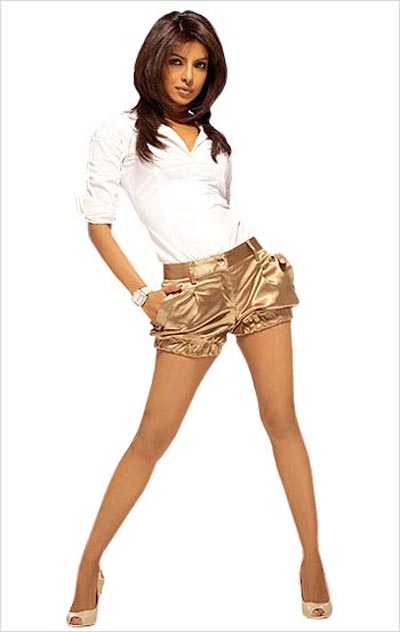 Priyanka Chopra is back on the sets of Kunal Kohli's untitled film with Shahid Kapoor, and asked her fans to suggest some titles for it.

'Good morning world...2nd day on kunals film..Come on guys.. Suggest some names for the title of the movie and if we like it..hmmm..surprise! Like kunal said..the film is a love story based in 3 different eras.. Let's keep em comin....thank yallll!' she tweeted.

Arjun Rampal is shooting with Kareena Kapoor for Heroine. 'Starting Heroine on my birthday, a good start to a new year ahead. Thanks @mbhandarkar268 kareena, Ronnie, Sid,' he updated.

Divya Dutta, who is also shooting for Heroine, tweeted: 'Shootin with @mbhandarkar268 for heroine! Super to be an integral part of tis amazing film!soo njoying wrkin wt madhur finally!

Dia Mirza is shooting a very intense scene for her first Bengali film Paanch Adhya. Good morning all! Starting today a very intense phase begins on our film... So will be away for a bit. Have a wonderful week ahead :) love,' she wrote.

Why did Pooja Bedi hug Sky? 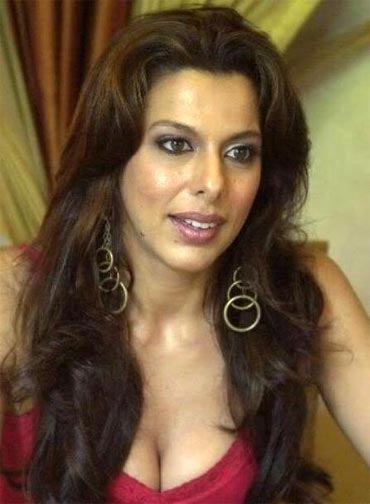 As soon as Pooja Bedi got eliminated from Bigg Boss and reached her home, she took her excitement to twitter.

She tweeted: 'OMG!!!! Soooooo amazing to be back and have my kids in my arms!!! What a roller coaster its been!!! Decompression time now!! Hugggs to all!'

About people opposing her for supporting Akashdeep Sehgal aka Sky, she wrote: 'lot of "sky" haters out there:) & therefore transfer the emotion to me for being a good friend to him in #BB5 !! Hmmmm! Startled to see sky projected so villainously!24 hours of programming condenses into 45 minutes of structured editing 4 your viewing ! Also... For the record .. Sky is a super nice guy & fab friend! He's strong enough 2 take on fights & expose the awful manipulators in there. Juhi & Sky were the nicest people in there &my best friends! I don't differentiate between genders in friendship.. Sad so many oppose it!'

She also denied the reports that Pooja Misra did drugs inside the house. 'PM only smoked cigarettes! No drugs! Our bags were checked thoroughly before entering! Even the pockets of all shirts and jeans!' she wrote.