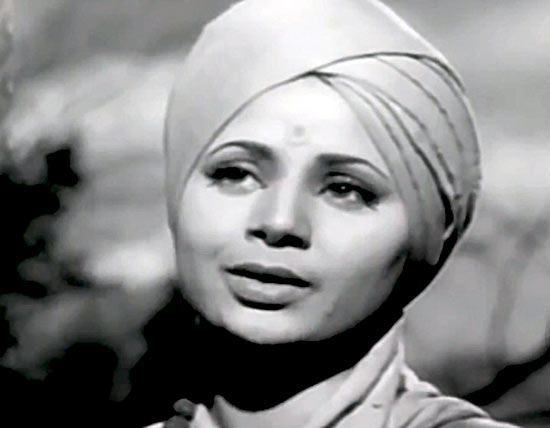 'We are here to rescue you,’ a British officer explains to a local village woman “because you people don’t like its ruler.”

‘You don’t need to poke your nose in our internal matters,” she scoffs.

The tone of this exchange, which appears in the latter half of Hemen Gupta’s 1952 nationalistic drama Anand Math, is mild but the unsettling reality it purports is not.

Adapted from Bankim Chandra Chatterji’s classic novel Anandamatha, the period film’s objective is to bring focus on what is perhaps the first-ever Indian revolt against the British.

Banned for its ‘inciting’ contents during the Raj, the book and its historic hymn, and our National Song, Vande Mataram rose to national eminence during India’s struggle for independence. There’s considerable debate regarding the novel’s communal undertones but the film avoids any hint of deliberate bias. 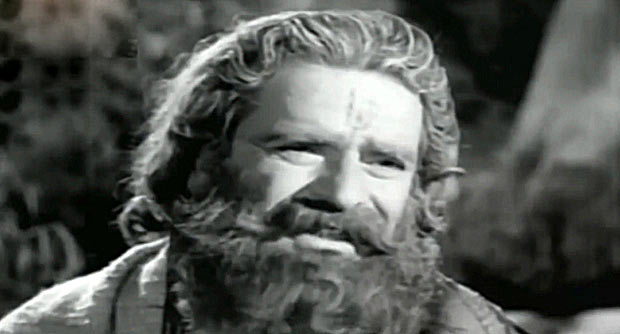 Anand Math is set in the late 18th century, where following the Battle of Plassey the British East India Company has secured rights from the decadent Nawab Mir Jafar to collect revenue in Bengal, where it would eventually set up its capital and begin full-scale administration.

The Nawab is a willing puppet in British hands, immersed in wine and women, even as they take reign of India and loot its public. Unmoved by the aftermath of a catastrophic famine, which brings down the impoverished and affluent on the same level of misery, they’re strictly concerned with the business of wealth and profit.

Such extreme apathy leads to wild unrest among the impoverished and starving as revealed in the disturbing images of death, devastation and a desperate scrimmage for food in a man eats man scenario.

Against such severe backdrop and frame of mind begins the story of Sannyasi rebellion against the British.

The ascetics or santan sect is a monastic albeit militant society, led by Satyananda (Prithviraj Kapoor), observing abstinence of every kind to fulfill their single-minded goal of freeing the mother (motherland) from the clutches of British. 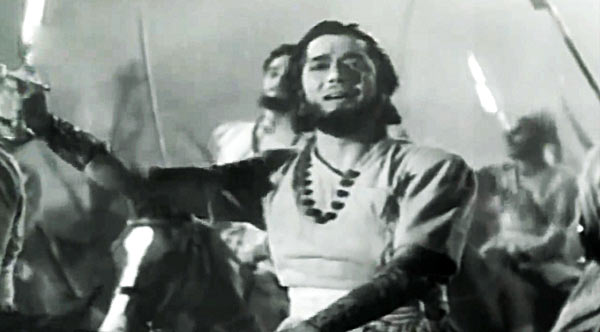 In today’s time it may seem, depending on the viewer’s level of sensitivity, antiquated or profound.

Bankim Chandra perceives the nation as the divine mother, thoughtlessly handed over to outsiders for personal gain. And only her children can atone for the sins of their ancestors by dedicating their lives to her cause.

The escalating and emotionally charged chants of Vande Mataram, performed and composed by Hemant Kumar to awe-inspiring perfection amplify this time and again during the movie.

Lata Mangeshkar’s entrancing, passionate version of it explodes with the intense, infectious sense of patriotic ardour she has become synonymous with.

One of Hemant Kumar’s earliest works, it lends Anand Math the rich strokes of stirring sounds that become its inspiring soul. 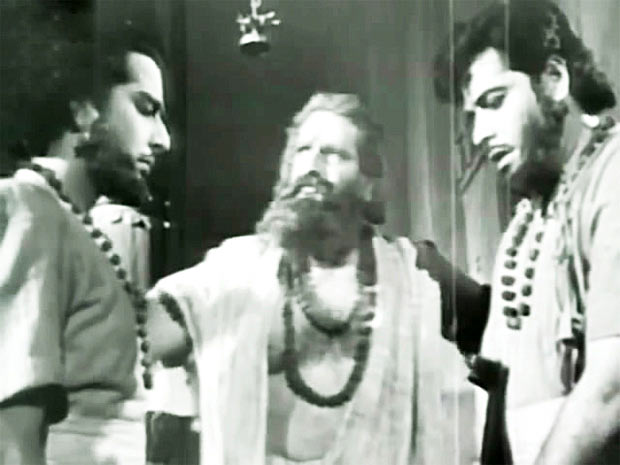 Image: A scene from Anand Math

During the course of British brutality, Satyanand takes a ruined King Mahendra (Bharat Bhushan), his wife Kalyani (Ranjana) and their infant daughter under his wings.

Mahendra joins his ascetic cult along with Satyananda’s chief disciples Jivananda (Pradeep Kumar) and Bhavananda (Ajit) when he believes Kalyani and his girl to have died from poison consumption.

In Satyananda’s absence, as he travels far and wide accumulating man force to stand up to enormous British armies, Kalyani is secretly taken in Bhavananda’s care who’s clearly distracted from his mission by her attractive (even if indifferent to him) presence.

Here the track shifts to Jivananda and his wife, Shanti (Geeta Bali), childhood sweethearts craving for each other’s company but bound by duty and oaths.

In a weak moment, he succumbs to her warm embrace, which, as per the Santan doctrine, is punishable by death. 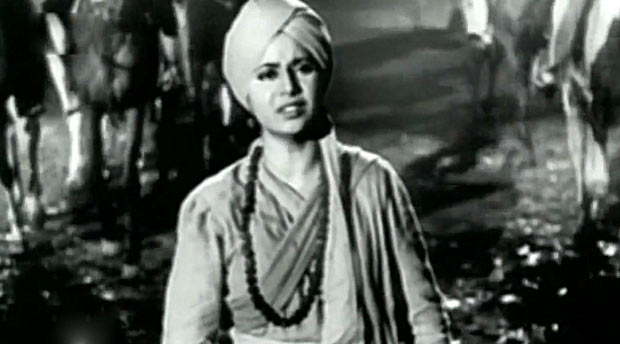 Quite a harsh penalty for such innocuous *crime* you’d say?

As opposed to the subservient Kalyani, who voluntarily gulps down poison to get out of her husband’s way, fiery Shanti protests and questions such “vidhaan.”

The dilemma of a married couple unable to stay together, unwilling to stay apart is captured rather believably in Pradeep Kumar and Geeta Bali’s spontaneous distress.

Though she eventually comes to terms with her fate, she doesn’t mope around.

Instead, dressed up as a young monk, she participates in her husband’s revolt against the British even to the extent of sneaking inside the enemy camp to seek information -- a perfect opportunity for Geeta Bali to showcase her comic prowess.

Though the graph of her character is a tad erratic, alternating between forlorn and fizzy, Geeta Bali’s charismatic screen presence, especially when she’s facing her real life father-in-law Prithviraj Kapoor, makes for a compelling watch.

Kapoor’s seasoned persona shines through a role that demands a balance of theatrics and wisdom. Except, no thanks to poorly preserved audio and prints, it’s often difficult to follow his gruff speech. 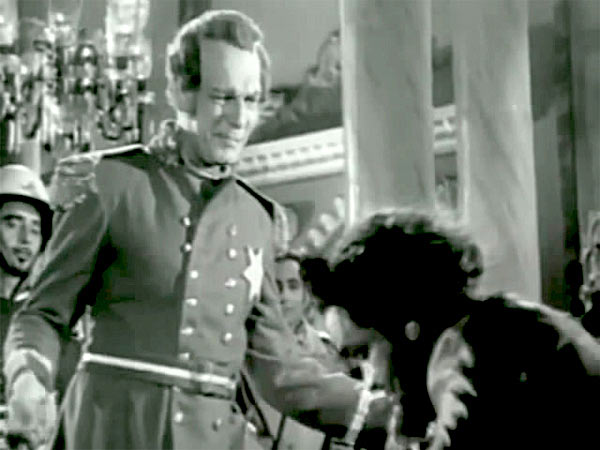 Image: A scene from Anand Math

Often though, Anand Math's simplified portrayal of complex relationships robs the narrative of the heft it means to project.

Hemen Gupta, who also directed the acclaimed Balraj Sahni-starrer Kabuliwala, constructs the third act around niftily executed battle sequence between the Santan and the British. The action may not possess the grandeur of Sikandar but conveys the zeal of a driven underdog.

The sensibilities and sacrifices made by men and women of the 18th century do not correspond with the liberal but pragmatic outlook of today. But the ethics and essence behind the freedom every individual wants to enjoy remains the same.

Even as Shanti wails the loss of her dear one, Anand Math underscores the value of purpose above person -- this small-scale uprising will trigger large-scale revolutions for years till the nation finally becomes free.

Yet there’s a tinge of sadness as a voice bemoans in the background “lekin Vande Mataram kahan?”