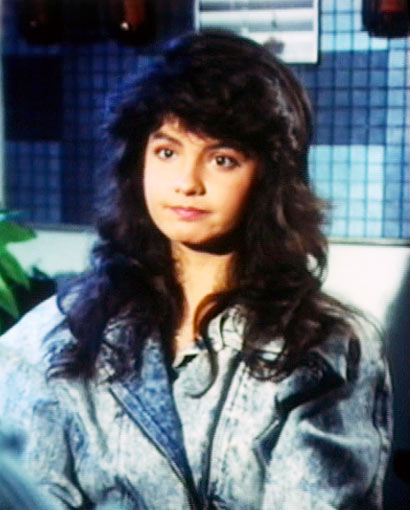 In this special series, we re-visit great Hindi film classics. Today, we look back at Mahesh Bhatt's 1989's critically acclaimed film Daddy, which, unfortunately, never got a traditonal release.

Filmmaker Mahesh Bhatt is a man of myriad experience. And he’s incorporated every one of them to tell some of his best stories. His critically-acclaimed 1989 film, Daddy is one such accomplishment.

Commissioned by Doordarshan to boost its entertainment value for a modest budgeted made-for-television film, Daddy’s core theme was born out of Bhatt’s personal battle with alcoholism.

At one time, Bhatt got heavily into drinking, which affected his personal life irreversibly until he realised his mistake and decided to kick the habit for good.

Though the film did not receive a traditonal release, frequent telecasts and an exquisite soundtrack of ghazals (penned by Suraj Sanim, performed by Talat Aziz, composed by Rajesh Roshan) made sure Daddy goes beyond the realm of medium and isn’t categorised as anything but quality cinema.

In its 25th year now, the poignant father-daughter tale continues to occupy a fond corner in a Hindi movie aficionado’s memory.

It also serves as a momentous film in the career of most folks attached to it. Besides introducing us to Bhatt’s adorable teenage daughter, Pooja, it demonstrates Anupam Kher’s wide range in yet another nuanced performance for his Saaransh director. 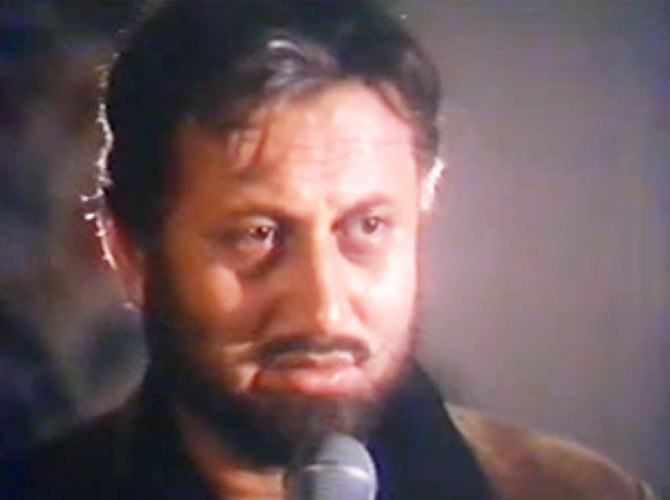 Given its hand-to-mouth finances, the production design obviously wears a plain, functional appearance. Only this is not some experimental student film. Bhatt, at his best, has never relied on gimmicks or grandeur to make a connect with his viewer.

He makes up for the lack of visual finesse with straightforward artistry which brims on the combined strength of its dedicated actors and inspiring effort from the music team.

Bhatt writes a compelling narrative of Anand Sareen, a faded ghazal singer (Kher) wobbling between his muddled past, erratic present and uncertain future without labouring to create sympathy. He balances the darkness of his protagonist with the introduction of his daughter Pooja (Pooja Bhatt), who is compassionate and unyielding in her quest to fix her drunkard daddy.

It’s the right of a child to be proud of her parents and not just the other way round, she appeals in a bid to sober Sareen down after a suicide attempt.

Before it settles into this emotional space, Daddy begins a tad awkwardly, akin to a thriller looming with threat through Kher’s stalker-like behaviour. He calls Pooja late in the night to say, ‘I love you.’ He spends hours outside her apartment. He gets into a scrap with her friend (Raj Zutshi). Also, Pooja’s entire family reacts to Sareen’s presence as though he was a modern-day monster. 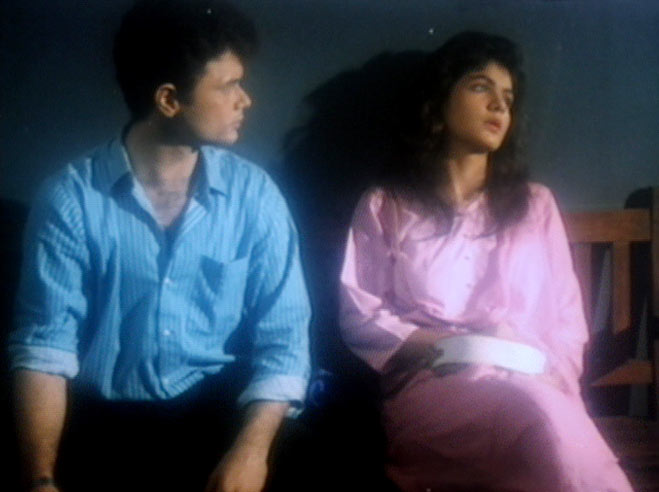 When Pooja demands an explanation, she discovers a harsh truth -- that freak-like figure is her biological father and he’s not quite as dead as she was made to believe.
Bhatt doesn’t dwell to explain the temperament of his characters. It’s their reaction around circumstances -- good or bad -- that allow us to deduce their personality.
Pooja’s arguments with her dominating, rigid grandfather (Manohar Singh), sternness and exasperation towards her father, sentiment for her mother’s words and wishes (Soni Razdan in a brief flashback and the voice of her diary) highlight that she’s a strong, level-headed, independent girl on the brink of womanhood.
She articulates her point of view with discernible calm and shuts up the other person with unbeatable logic.
And Pooja Bhatt plays this immensely likeable, role model for the young with empathy and gusto. Even if her dialogue delivery is a bit sketchy (especially when she’s made to utter words like prayog and udeshya), she exudes refreshing honesty.
She’s exceptionally charming too considering Daddy is least interested in highlighting her potential as a star and more concerned with her heft -- in a sarcastic smile, in holding back tears, in exhibiting a acumen beyond her 17 years.
Now, 41, the actress turned filmmaker is most appreciative of her selection. "I chose a film like Daddy as my launch because I thought it was important for people to first take me seriously as an actor and then attain stardom,” she told Rediff once.
Tags: Pooja Bhatt , Soni Razdan , Rediff 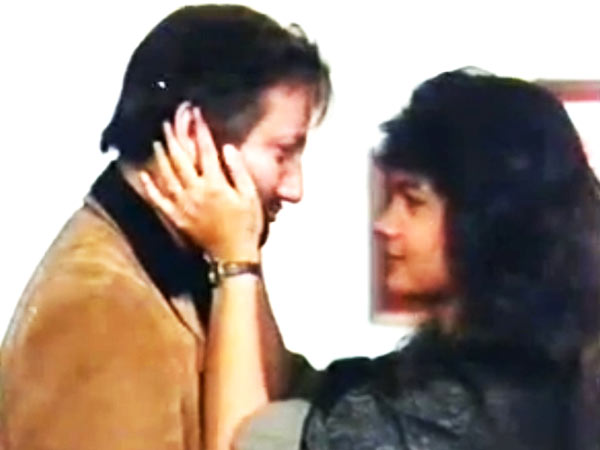 Can you believe the actor was only in his early 30s when he played a teenager’s father? Of course, you can. After all, he essayed a 65-year-old bereaved father in Bhatt’s hard-hitting Saaransh when he was barely 28.

The best thing about his physical transformations is they look as genuine as they feel. Kher dons a dusty tan brown suit and black shirt through most of Daddy. His dishevelled hair, dark circles underneath his tired eyes and a quivering, defeated, remorseful body language connect to draw the portrait of a broken man.

At a time when Kher was working round-the-clock for roles that ranged from random to rubbish, he found a perfect creative outlet in the troubled protagonist of Daddy.

Resisting any urge, very much like his character, to go overboard with the histrionics, Kher shows mighty restraint in a role most are likely to show off.

Two scenes stand out. One where Pooja tries to get him out on bail and tells the cops, 'Yeh aadmi mera baap hai' while a thoroughly ashamed Anupam Kher breaks into tears behind the bars.

The other when Raj Zutshi discovers Kher about to gulp down an unattended bottle of whisky. He doesn’t utter a word to the latter but the embarrassment on Kher speaks volumes.

This holding back allows Daddy to be a film about triumph of spirit, faith and unbreakable bonds. It also earned him a National Award (under the Special Jury category) recognition. 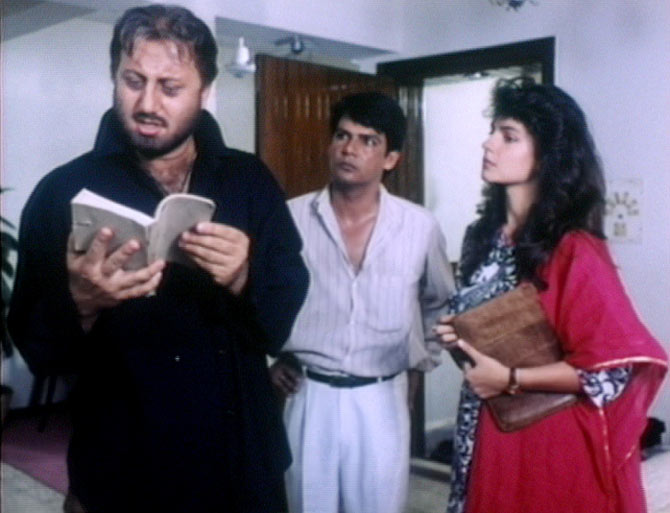 Image: A scene from Daddy

Daddy carries a strong anti-drinking message but Bhatt’s depiction of its horrifying aftermath is more psychological than graphic.

In one scene, Sareen is challenged to hum a few lines in order to confirm it is indeed him to an inebriated admirer. Persistent intake of alcohol has left his vocal chords rusty and the realisation is heartbreaking for both -- him and his fan.

In a television interview to actor/anchor Rohit Roy, Bhatt revealed the "emotional resonance" of Daddy is inspired by his own life’s events.

While making Daddy, Bhatt had recently turned sober and there were still a few leftover liquor bottles in his house. Soni (his wife) was out of the country and Pooja would visit him frequently to rehearse her lines.

One night, while Pooja was asleep, Bhatt felt tempted to start drinking again but a voice inside stopped him because he realised he can lie to everyone except himself.

He utilised this exact thought for the heartrending climax of Daddy when Kher and Talat Aziz shine together in the overwhelming reflections of Aaina mujhse meri pehli si soorat maangein.

Music: The soul of Daddy 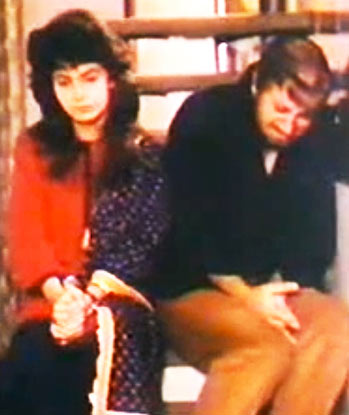 Rajesh Roshan’s songs are, unquestionably, the soul of Daddy.

Every single refrain dipped in the profound pen of Suraj Sanim and rendered in the soothing texture of Talat Aziz’s voice reveal a painful truth or a precious memory of its titular character.

Be it the regret and desolation of Wafa jo tumse kabhi main nibhayi hoti umr na muft sadko pe gawayi hoti, the enchantment of Kabhi khwab mein ya khayal mein (along with Dilraj Kaur), the loving lullaby Ghar ke ujiyaare so ja re, Daddy tere jaage tu soja re or the stinging yet silvery brilliance of Aaina mujhse meri.

Daddy, a sensitive story of role reversals is a unique fairy tale of a princess and her dad and how her courage broke an evil spell to make happily-ever-after possible for them.