Rajesh Karkera/Rediff.com is in superhero heaven. 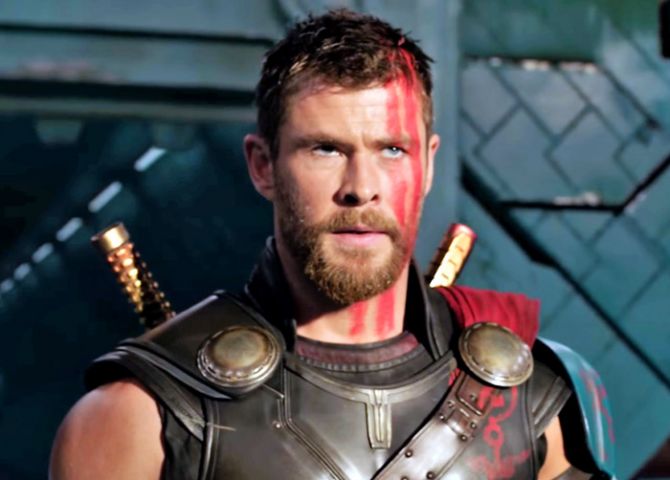 Ragnarok is a familiar term for die-hard Thor fans, an important event in Norse mythology that predicts doom for the gods and the beginning of the end of the world.

In this, the third film from the Thor franchise, Chris Hemsworth has to play the God of Thunder without his legendary hammer.

Weak and lost, he reunites with his brother, the troublesome Loki (Tom Hiddleston), to save their kingdom, Asgard, from Hela (Cate Blanchett), the Asgardian Goddess of Death.

And Blanchett, who plays Marvel’s first female villain, is i-m-p-r-e-s-s-i-v-e… She’s gorgeous and menacing at the same time! 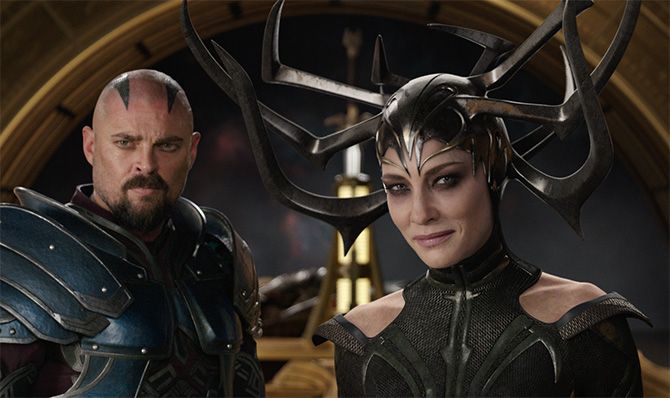 The movie begins with Loki, who we all thought had sacrificed himself to save Thor, but is secretly ruling Asgard.

Enter Hela, who shatters Thor’s hammer as if it were made of glass and banishes him to Sakaar, an alien, war-like planet, where Thor discovers his old friend and new foe, The Hulk (Mark Ruffalo).

The two fight, gladiator-style… and what a fight it is!

You’ll get to see a different side of The Hulk, a chatty version that will make you smile :)

Thor and The Hulk haven’t appeared together since Avengers: Age Of Ultron in 2015, though Thor did put in a brief appearance in the Dr Strange post-credit scene in 2016.

Dr Strange (Benedict Cumberbatch) returns the favour in this movie, by helping Thor and Loki find their father, Odin (the remarkable Anthony Hopkins). 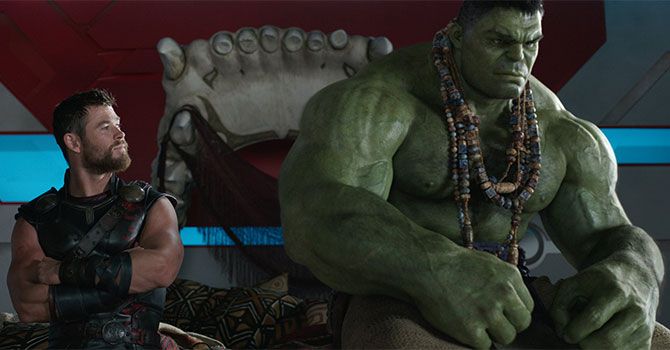 Every Marvel fan waits eagerly to see how each new character come to life on the big screen. And Hela, in this case, is so much more than what she is in the comics.

Hemsworth remains impressive as Thor, but this time -- as the shirtless scene shows -- he has clearly worked extra hard :).

In fact, each member of the cast has done a fantastic job.

Tessa Thompson’s Valkyrie is a more exciting partner for Thor than the Earth-bound Jane Foster; not that Natalie Portman didn't do justice to the role, but Thompson’s entrance is unexpected and she makes an impact each time you see her on the screen.

Every character has a vital role to play in the sequence of events, be it the Grandmaster (Jeff Goldblum, clearly back in form) and his bodyguard, Topaz (take a bow, Rachel House!), or the scene-stealing, soft-spoken man of stone, Korg the Kronan, played by Waititi himself.

Waititi ensures every character, and not just Thor, gets his place in the sun. 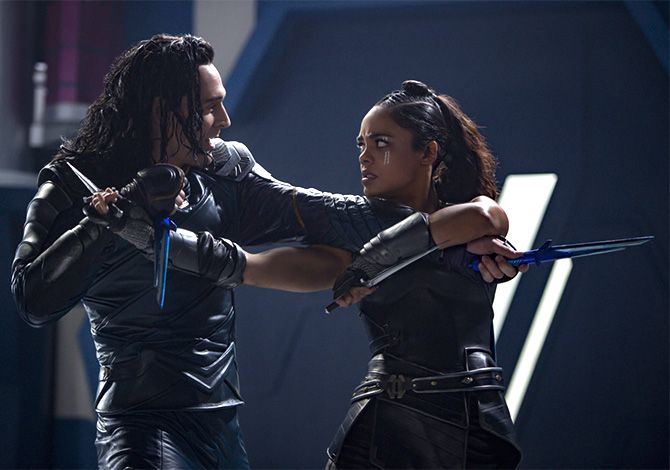 When the cast and the crew get a movie right, it makes for an amazing watch. That’s the case with Thor Ragnarok.

The action scenes, especially the gladiator battle, are epic.

Humour is expertly wielded; none of the jokes are misplaced.

The soundtrack -- which is actually more than a few notches above Guardians Of The Galaxy‘s ’70s-inspired soundtrack -- will keep your feet tapping, especially during the intense action sequences that seem designed to match your heartbeat to the music.

Waititi has created magic with this edition, making it the most enjoyable one of the franchise.

PS: Do wait until the very, very end. I promise you’ll thank me for this tip. 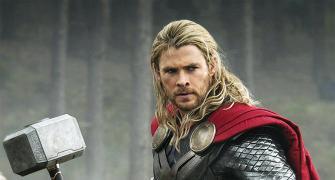 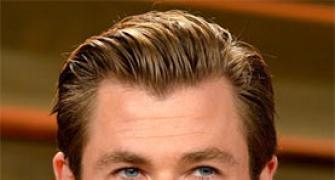 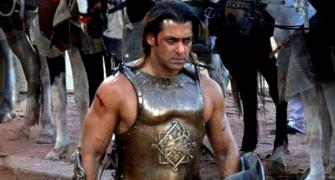 VOTE! Which Bollywood hero would make a sexy Thor? 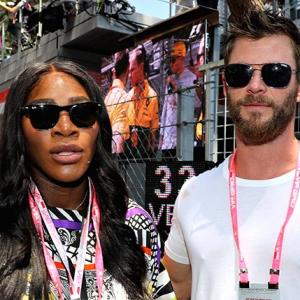