Drive's idiocy is on display from the word go, says Sukanya Verma. 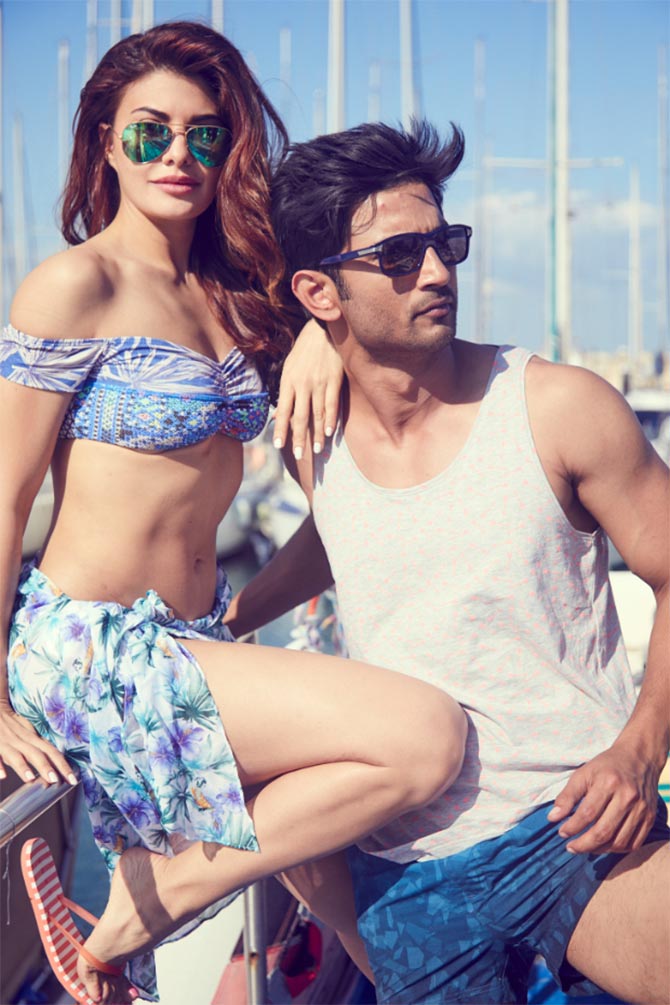 You know how in so many escape scenes, a character takes advantage of a huge crowd to blend in and vamoose?

Dharma Productions's Drive, which was planned as a big screen release but makes its debut as a Netflix original film, is somewhat like that.

Bollywood appears to be in a mad rush to jump on the OTT bandwagon, forgetting that Netflix is a streaming service not a scrapyard to dump undesirable or second rate scripts on.

Directed by Tarun Mansukhani (Dostana), the long delayed Drive was presumably designed as a cut-rate Dhoom high on senseless glamour, swagger and swindling.

The bar is already set low.

But in the absence of cheek, pep and fun, the Sushant Singh Rajput-Jacqueline Fernandez drab doesn't even cut it as so bad, it's good.

Against its rubbish twist-after-twist modus operandi, anything goes.

As if the scenario isn't bonkers enough, an official from the prime minister's office is at the helm of investigation.

I'd still tolerate its horrible disregard for logic and complete lack of surprise despite constantly zigzagging motives, if only it wasn't so darn boring.

Entire scenes are dedicated to discussing CCTV cameras but when it comes to actually showing some technological heft, the VFX is embarrassingly bad.

We live in an age where mobile games look more realistic.

Drive does not even try.

It is such a misleading title, really. There's no sense of chase or thrill, merely zooming in on a sports car's logo doesn't make it about racing.

Drive's idiocy is on display from the word go.

Jacqueline Fernandez wins a car race and steps out of the vehicle in a slinky gown and stiletto heels.

Forget her event-inappropriate wardrobe, what follows flouts the basics of victory etiquette.

Most winners would acknowledge the cheering crowd with a bow or blowing kisses in the air.

Our girl starts to swing her hair like those shiny models in shampoo commercials. You can only imagine how ridiculous she grows as the movie progresses.

Sushant Singh Rajput's charisma is reduced to pouting over Drive's numerous moronic schemes and moments of one-upmanship. Such a blatant waste of talent.

What's worse, the final 20 minutes of this shlock are nothing but an endless cacophony of vroom vroom.

Silver screen or streaming, it Is infuriating when poppycock like Drive receives any platform at all.

But in Bollywood, they fling it right in your face. 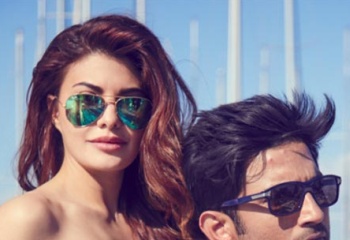 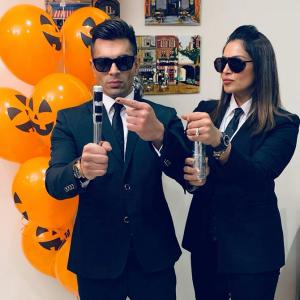