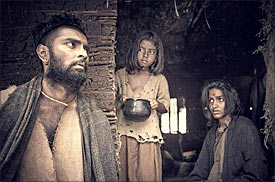 S Saraswathi says Pardesi's  lifelike characters draw you into their lives with their realistic performances.

Director Bala’s Paradesi is everything you expect and more!

After extraordinary films like Sethu, Pithamagan and Naan Kaduval, National Award winning director Bala comes up with yet another winner.

Produced by Bala himself under the banner of B Studios, Paradesi hits the screens across the world this week, amidst much anticipation.

The film stars Atharvaa Murali, Vedhikaa and Dhansika in the lead roles, and Uma Riyaz, Udhay Karthik, Ritwika and Jerry in supporting roles.

Based on an English novel Red Tea by Paul Harris Daniel, the story is about the life and struggles of the exploited tea-plantation workers in the pre-independent era.

The film has lifelike characters that draw you into their lives with their realistic performances. The film exposes the pain, anguish and suffering of the enslaved tea workers of South India under the British in the late 1930s.

The movie opens on a lighter note with the villagers of Salur in Sivagangai district getting ready to celebrate a wedding.  Atharvaa plays the town crier, Raasa, and as he goes around inviting the villagers for the occasion, we are gradually introduced to the other characters in the film.

Vedhika plays the role of a fun-loving prankster, Angamma, who loves to play practical jokes on Raasa. And inevitably Raasa and Angamma fall in love and want to get married. But since Raasa has no proper employment, he is disgraced by Angamma’s mother and the villagers forbid him from having any kind of relationship with Angamma.

Raasa now wants to find some employment in order to marry and support Angamma.  It is at this time that a supervisor from a tea estate comes in search of workers.  He entices them with money and other facilities and persuades them to accompany him to the tea estate where he promises them jobs.

The poor villagers unwittingly fall into his trap and sign legal contracts, which bind them to the estate owners. Raasa too joins the villagers and thus begins their long difficult journey by foot to the tea estate and later their struggle as bonded laborers, who are trapped for eternity.

After being responsible for career-defining roles for actors like Vikram, Suriya, Vishal and Arya, Bala takes on the challenge of transforming the boy-next-door looks of Atharvaa into an almost bald, unsophisticated village simpleton of a bygone era.  The transformation is truly dramatic.
Though it is well known that Bala brings out the best in his actors, due credit must be given to Atharvaa for his superb performance.  Atharvaa has just two films to his credit, but his portrayal of the character in this film is like that of a seasoned actor.

Vedhika plays the role of a young village belle to perfection. She is nicely tanned, very simply dressed and has absolutely no make-up throughout the film.

Dhanshika, too, has a substantial role to play, that of a young abandoned woman with a child, who is also trapped in the tea estate. The sheer helplessness of all the characters in the film is truly heart wrenching.

After working with Ilayaraja and Yuvan Shankar Raja in his earlier films, director Bala for the first time teams up with G V Prakash for the music of Paradesi.

Though the songs are not overnight chartbusters, the music certainly brings out the essence of the film’s period setting.  This is also the first time that Bala has worked with the legendary Vairamuthu, who has effectively expressed the anguish, suffering and helplessness of the characters of the film through his poignant verses, especially in Sengaade and Senneer Thaana. An interesting fact is that the tunes were composed and the lyrics written after Bala picturised the visuals for the scene.

The movie is set in 1939, and cinematographer Chezhiyan’s camera has managed to capture all the essential elements of that era, be it the beauty of the lush tea estates of South India, the stark living conditions of the estate workers or the raw emotions of the characters in the film.

Bala’s Paradesi stays with you long after you walk out of the theatre.  In fact you need a few minutes to reorient yourself back to the present, Bala captivates with his authentic script, unadorned visuals and down-to-earth characters.  A must-watch. 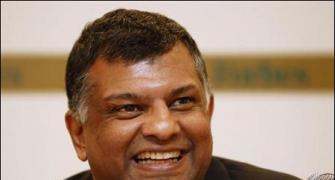 South to be FOCUS area for AirAsia 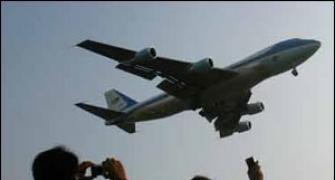 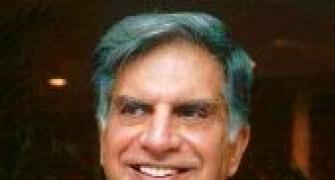 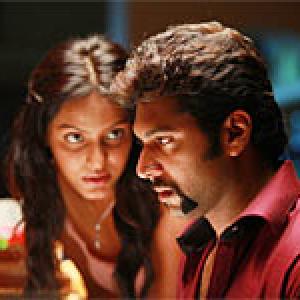 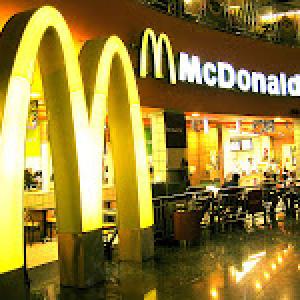